Selimiye Mosque  formerly Cathédrale Sainte Sophie, is a mosque located in the Turkish-controlled northern part of the walled city of Nicosia. It is the main mosque of the city. The Selimiye Mosque is housed in the largest and oldest surviving gothic church in Cyprus possibly constructed on the site of an earlier Byzantine church.

During the 50-day Ottoman siege of the city, the cathedral provided refuge for a great number of people. When the city fell on 9 September, 1570. Francesco Contarini, the Bishop of Paphos, delivered the last Christian sermon in the building, in which he asked for divine help and exhorted the people.

The cathedral was stormed by Ottoman soldiers, who broke the door and killed the bishop along with others. They smashed or threw out Christian items, such as furniture and ornaments in the cathedral and destroyed the choir as well as the nave. Then, they washed the interior of the mosque to make it ready for the first Friday prayer that it would host on 15 September, which was attended by the commander Lala Mustafa Pasha and saw the official conversion of the cathedral into a mosque. During the same year, the two minarets were added, as well as Islamic features such as the mihrab and the minbar.[

The first imam of the mosque was Moravizade Ahmet Efendi, who hailed from the Morea province of the Ottoman Empire. All imams maintained the tradition of climbing the stairs to the minbar before Friday sermons while leaning on a sword used during the conquest of Nicosia to signify that Nicosia was captured by conquest. 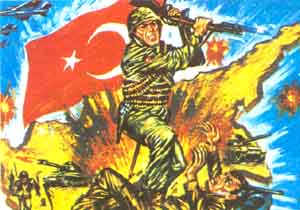 As a result of the Turkish invasion of 1974 the rich cultural heritage of the occupied part of the island has suffered considerable damage and is in danger of complete destruction. Hundreds of churches and monasteries have been desecrated, turned into mosques, hotels and recreational sites or otherwise reduced to stables, hay stores and places of public convenience. The Turkish army has also used them as arsenal and ammunition depots, hospitals, dormitories and playgrounds.

From the information readily available it has been confirmed that 133 churches, chapels and monasteries have been desecrated, 77 churches have been converted into mosques, 18 are used as depots, dormitories or hospitals by the occupation forces, 13 are used as stockyards or hay barns. 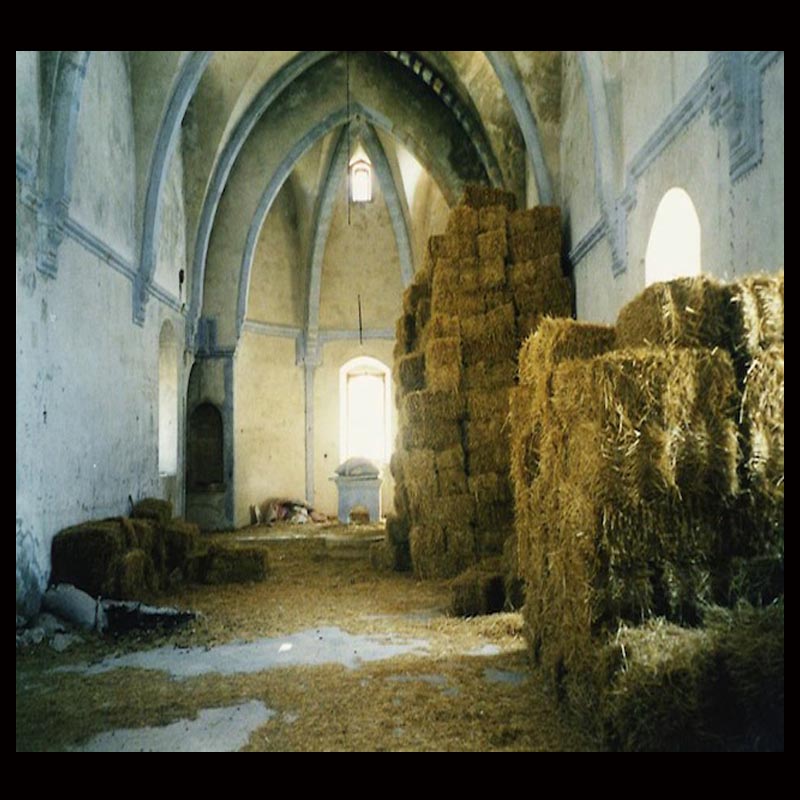 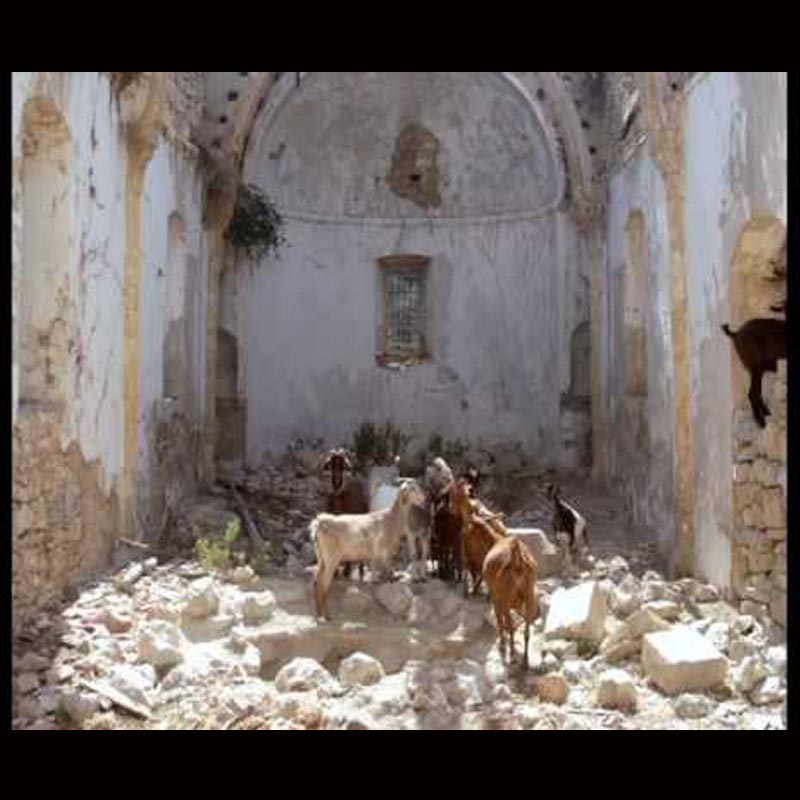 Photos like the one below are some of the atrocities of Turkish invaders against Greek-Cypriots, and against any Greek Orthodox symbol of Christianity in the 37% of occupied Cyprus. 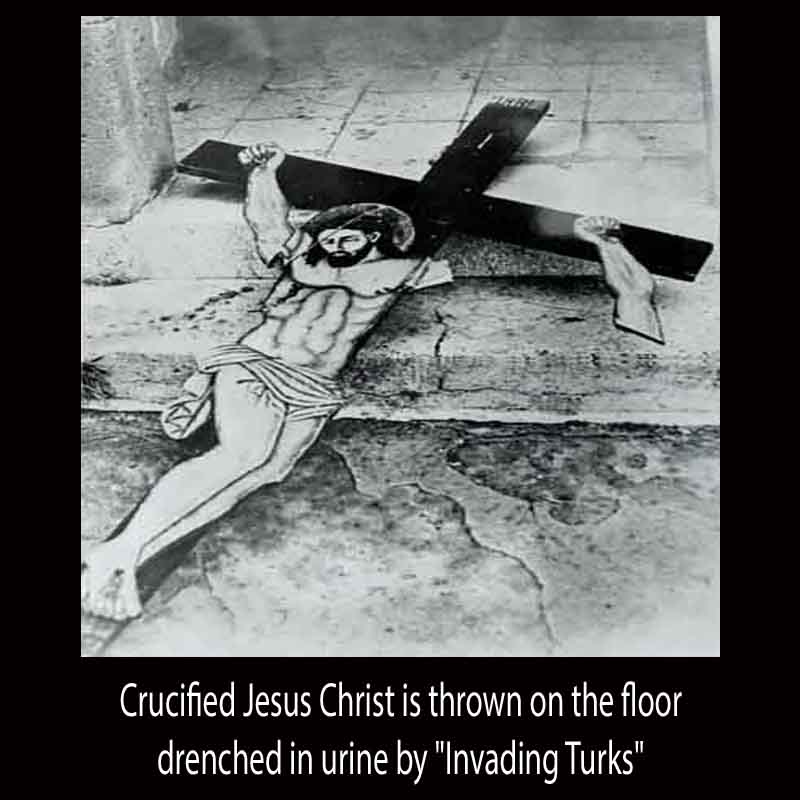 The Turks, methodically and systematically destroy everything that is Greek in the occupied areas of Cyprus, (Greek Orthodox Christian Churches, Greek orthodox monasteries, Greek cemeteries, Statues of Greek Heroes, etc.) 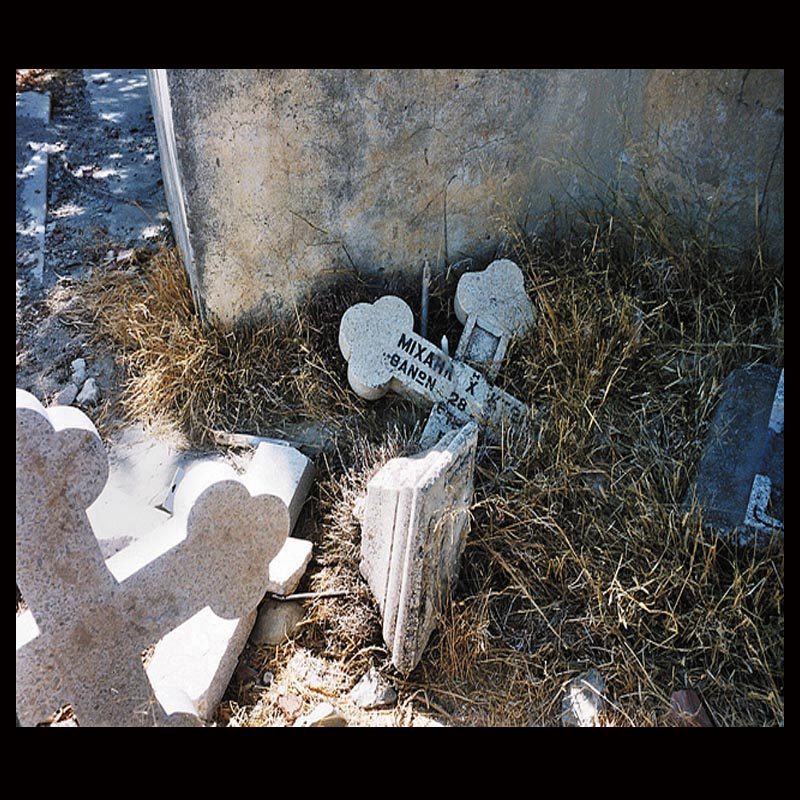 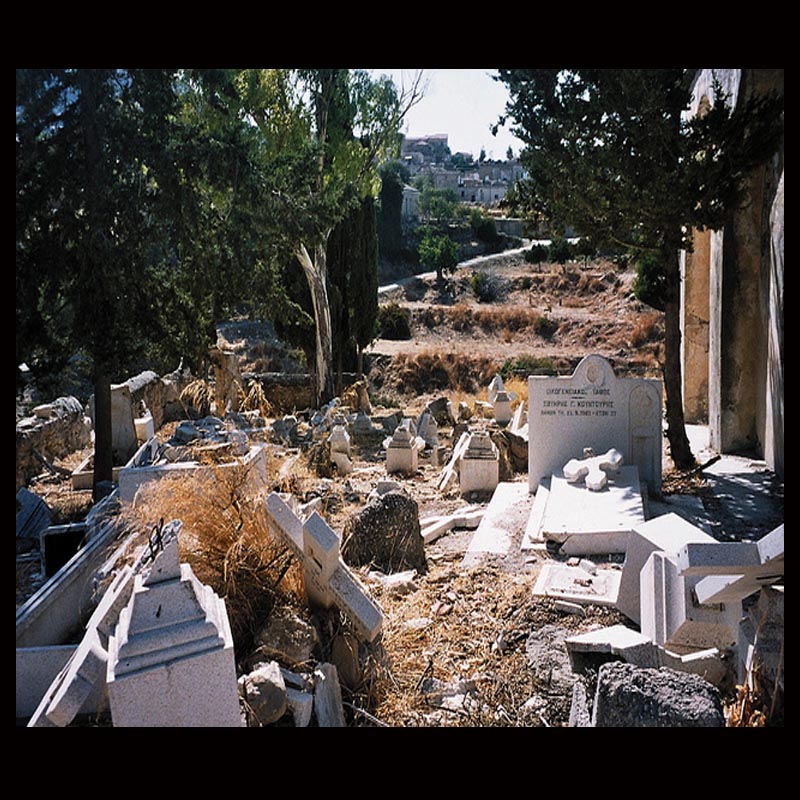 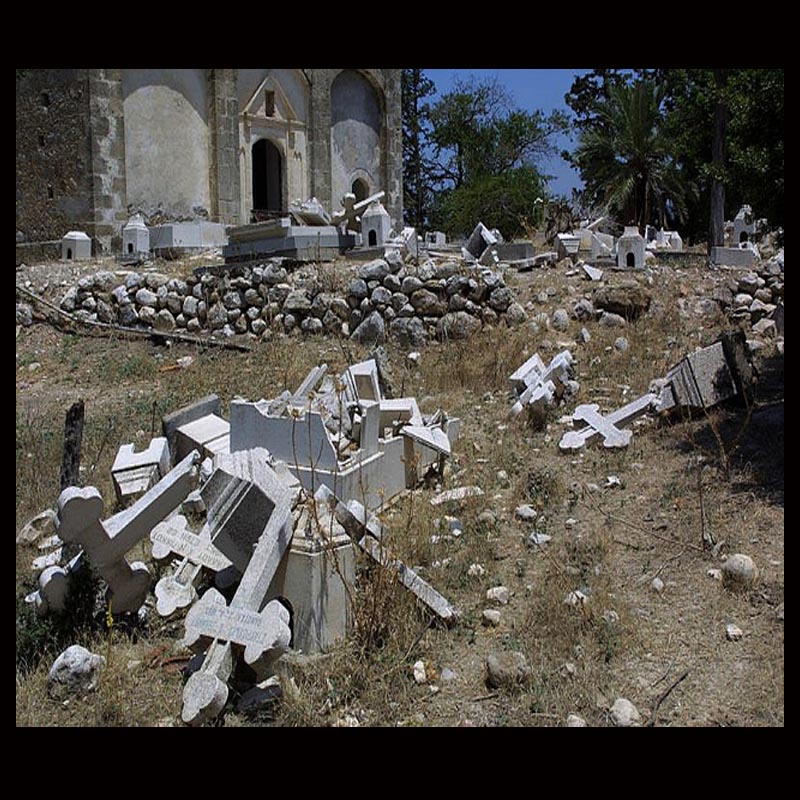 Now a museum, Haga Sofia mosque in Turkey is to become a mosque again.

English churches have been converted into mosques and the gravestones crushed into rubble to pave the pathways with.

Strange you mention Mount Zion chapel, as I am just putting together a post where I am using a few images from the Daily Mail article

If we lived in a fair world, every destruction of a Christian building by Muslims, would be met with the destruction of an Islamic building in the West.  But of course, the Fascist Left will always protect their brothers.

Globally we witness the Muslim destruction of everything non-Muslim. Every human achievement worth mentioning will be lost; art, architecture, science, history,.... the list is endless. There will only be mosques, primitive buildings and primitive technology, herding and agriculture. The call to prayer will drone out nauseatingly five times a day across the entire globe as every single person bows down their brow into the dust, facing towards Mecca. This is Islam. Every free person dead.