The Muslim teaching assistant who sparked a political storm after she refused to remove her veil during lessons, has won her employment tribunal case for victimisation against the school which suspended her but lost her claims for discrimination and harassment. Ms Azmi was awarded £1,000 for "injury to feelings" after she succeeded in her claim of victimisation. But her claims of direct and indirect discrimination, and her claim of harassment, were dismissed. The Muslim teacher suspended for refusing to work without her veil is connected to a hardline mosque where the ringleader of the July 7 bombers worshipped, it has emerged.

The family of classroom assistant Aishah Azmi, 24, plays a key role at the fundamentalist Markazi mosque in Dewsbury, West Yorkshire - which was attended by suicide bomber Mohammed Sidique Khan.
Until recently, Miss Azmi's father was joint headmaster of the secondary school attached to the building.
The family are known to worship there and may have encountered Khan before his terrorist act.
However, there is no suggestion that Miss Azmi or anyone in her family have any connection with terrorism. 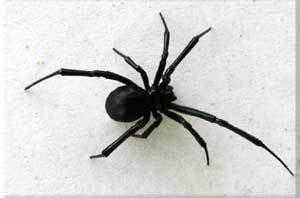 Black Widow is considered the most venomous spider in North America.
The venom of the black widow spider is 15 times as toxic as the venom of the prairie rattlesnake.
Black Widow spiders are not usually deadly, esecially to adults, because they inject only a small amount of venom. 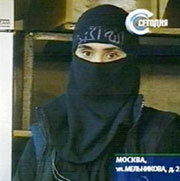 Founding Philosophy: Russia’s Black Widows are female suicide bombers, usually of Chechen origin, many of whom lost husbands in the Chechen wars against Russia. In the Russian media, the term has been applied to any female suicide bomber regardless of ethnicity, as fears have increased of ethnic Russians converting to Islam and joining terrorist groups. Although some see the Black Widows as more of an overall phenomenon rather than an organized group, some attacks have been claimed by an entity calling itself the “Black Widows Brigade.”

The first known “Black Widow” was Khava Barayeva, who blew herself up at a Russian military base in Chechnya in June 2000. An alert was issued in Russia in early 2004 for a woman popularly referred to as “Black Fatima,” who was thought to be one of the principal recruiters of suicide bombers insider Russia. Many Chechen widows have been convinced by separatists that they have become burdens and that the loss of their husband was a punishment for their sins, leaving suicide bombing as their last resort. Some claim that potential suicide bombers are drugged and coerced into action and that extensive brainwashing techniques have been used on these women. A suicide bombing at a concert in Moscow said to be masterminded by Chechen rebels has left at least 20 people dead and a further 50 injured.

The bombing was carried out by two women at the ticket booth outside the venue. 40,000 music fans were inside but guards refused the women admittance to the concert.

The injured struck by shrapnel and doctors believe the death toll may rise even higher.

The attack is the most vicious terrorist assault on the Russian capital since rebels stormed a Moscow theatre . In that attack, all 41 rebels and 129 hostages were killed. 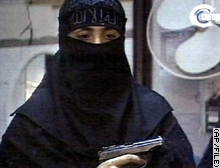 The hostage crisis began on 23 October 2002 at about 9:00 p.m. Wednesday. A group of camouflaged armed men appeared on stage in the middle of the musical performance, which used to enjoy immense popularity in Moscow before the tragedy. The viewers thought at first that the people with guns in their hands were a part of theatrical extravaganza. However, it became clear several minutes later that the music theater, situated not very far from the center of Moscow, had been seized by terrorists. All Russian news agencies reported several hours later that a group of terrorists with warlord Movsar Barayev at the head had seized the theater with about 1,000 people inside. Suicide bombers, presumably Chechen females, who made up almost a half of the entire terrorist group, sat down along the perimeter of the hall and installed explosive devices in every corner. 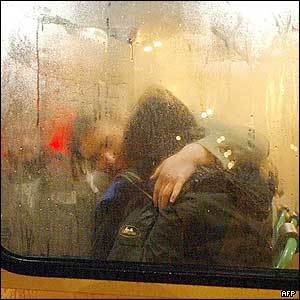 Russian police said the rebels freed about 200 people, including women, children, Muslims and some foreigners

Under the leadership of Movsar Baraev, the nephew of a notorious Chechen warlord who was killed in June 2001, the gunmen held their hostages for three days, and killed two of them. On the morning of October 26, Russian special forces stormed the theater, after pumping an anesthetic and lethal gas into the main hall to incapacitate or kill the hostage-takers. As a result of the operation officilally 129 hostages died all due to the effects of the gas. The attack has been vindicated by the notorious Chechen warlord Shamil Basayev. Maskhadov condemned the attack. 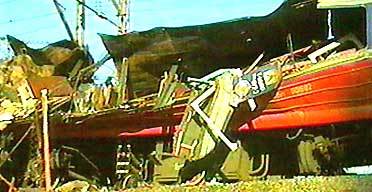 A suicide bomber killed at least forty-six people and wounded over 100 others when he blew himself up on a commuter train in Southern Russia during morning rush hour. The male suicide bomber was assisted by three women, two of whom jumped from the train and fled the scene by car. The third woman was seriously injured and unlikely to survive. The explosion occurred only moments after the train left the Yessentuki station. Many of those injured were students on their way to school in Mineralniye Vodi.

A woman now known as Passenger 28 boarded flight 1303 from Moscow to Volgograd. Forty-one minutes into the flight, she detonated a device that brought down the plane and its 43 passengers near the town of Tula, 200km south of Moscow. Two female suicide bombers behind two of the most deadly militant attacks to hit Russia - the Beslan school massacre and a passenger jet bombing a week earlier - were members of the same family and probably sisters, Russian prosecutors have revealed. 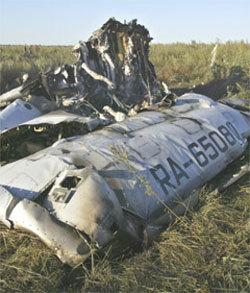 Roza Nagayeva, 30, has been identified by DNA tests as one of two suicide bombers among up to 50 militants who took 1,200 people hostage at a school in Beslan, North Ossetia, last September.

She detonated explosives strapped to her chest at the start of the standoff, which ended when special forces stormed the school. In all, 330 people died, half of them schoolchildren, in the fighting that followed.

Prosecutors have established that she was related to Amnat Nagayeva, one of two suicide bombers behind near-simultaneous explosions on board two passenger planes on August 24 which killed 95 people.

Sergei Prokopov, a spokesman for deputy prosecutor Nikolai Shepel, who heads the Beslan investigation, told the Guardian: "They are relatives, this is absolutely clear - sisters." He said DNA had established their identities with a probability of "over 90%", but held out the possibility they could be cousins. The two Nagayevas and Dzherbikhanova disappeared at the same time in August 2004 with another woman, Mairam Tubarova, who shared their flat in Grozny.

The authorities had previously thought Roza Nagayeva was the suicide bomber behind a blast at the Rizhskaya metro station in Moscow on August 31, the day before the school in Beslan was seized. Mr Prokopov said the only surviving Beslan militant, Nurpashi Kulayev, had given evidence that he saw two women dressed in black, wearing veils across their faces, join the militants as they gathered at a training camp in the woods near the Ingushetian village of Psedakh the day before the school was seized.