JUST after the stroke of midnight on Aug. 14, 1947, the Peshawar broadcast station of All India Radio crackled to life: “This is Pakistan Broadcasting Service.” Next came the words of the Urdu-language poet Ahmed Nadeem Qasmi: “Pakistan bananay walay, Pakistan Mubarak” — “Oh, maker of Pakistan, congratulations on Pakistan.” 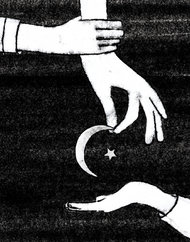 On Saturday, Pakistanis will head to the polls to choose a new government; for the first time in 66 years, a democratically elected administration has completed its term. Given Pakistan’s tumultuous past, this is an impressive achievement, but it should not prevent citizens from asking the candidates vying for their votes: what kind of Pakistan have you made?

The makers of Pakistan were peasants and laborers. In 1940, they passed a resolution in Lahore to demand a separate homeland for Muslims and an end to British colonial occupation. In 1946, their votes brought a political party, the Muslim League, to power. They chose Muhammad Ali Jinnah, a modernist technocrat, as their leader.

Jinnah asked his party’s legislators to focus on the well-being of the “masses and the poor” and demanded that “every one of you, no matter to what community he belongs, no matter what relations he had with you in the past, no matter what is his color, caste or creed, is first, second and last a citizen of this State with equal rights, privileges and obligations.” Men like Muhammad Zafrulla Khan (an Ahmadi diplomat) and Raja Amir Ahmad Khan (a Shiite noble) had worked alongside Jinnah for decades to fulfill this dream of equality.

Yet the birth of Pakistan was not auspicious for minorities. The original claim of Pakistan — religious equality — was the first claim proved false. Muhammad Zafrulla Khan, though he became the first foreign minister, was hounded by religious conservatives, who branded him an apostate because of his Ahmadi faith. Ahmadis, followers of Mirza Ghulam Ahmad (1835-1908), consider themselves part of the Muslim tradition but have faced stern resistance from Sunni Muslims, who accused them of following a false prophet.

In 1974, Prime Minister Zulfikar Ali Bhutto passed an amendment to the Pakistani Constitution declaring anyone who did not believe that Muhammad was the last prophet a non-Muslim. And in the 1980s, the military dictator Gen. Muhammad Zia ul-Haq passed punitive laws that defined the practice of the Ahmadi faith as a “blasphemous” criminal offense. Ahmadis are allowed to vote only for parliamentary seats reserved for non-Muslims, effectively disenfranchising them. Since they refuse to declare themselves non-Muslims, they don’t vote.

Shiites have not fared much better. Raja Amir Ahmad left Pakistan, soon after 1947, fearing for the safety of his community. In the last five years, more than 1,000 Shiites, belonging to the Hazara community, have been targeted and killed in the city of Quetta. In February, when 84 Shiites were killed in a bombing attack, Quetta’s Hazaras refused to bury their murdered kin, demanding that the government ensure their safety. The corpses, wrapped in burial shrouds in coffins, were kept on the streets and mourned by thousands. This act of civic protest shook the nation, but it did little to prompt action from the state.

Today, tolerance is under siege from all directions. Even Imran Khan, the sports star turned politician — who enjoys a near-divine status among young, urban Pakistanis — has contributed to the marginalization of minorities. On May 4, he said at a rally that he did not regard Ahmadis as Muslims and would not campaign for their votes. Mr. Khan has based his campaign on a message of “change” reminiscent of President Obama’s in 2008. His statement on Ahmadis was therefore particularly damaging and chilling.

As a candidate marketing himself as a political outsider, he could have opened up a national conversation on equality of citizenship and reached out to all voters, including Ahmadis, Hindus and Christians. Instead he reaffirmed the political exclusion of minorities and legitimized intolerance in the eyes of his millions of idealistic young followers, who quickly echoed his dismissal in online networks.

Over the last five years, hundreds of Ahmadis have been targeted and killed in Pakistan’s cities. In 2010, 94 were killed in a terrorist attack in Lahore, and since then their burial grounds, mosques and homes have been under assault. There has been no response from the government, which still refuses to grant them equal status as citizens of Pakistan. Christian communities have also been targeted, and prominent Christian leaders, like Shahbaz Bhatti, the minister of minorities, have been assassinated. While the state has done little to punish these acts, various militant organizations have brazenly claimed credit for them.

The candidates campaigning in this election, rather than arguing for the rights of all Pakistanis, have further marginalized religious minorities and given license to those who attack them.

Despite the rise of satellite television and online media that have allowed mass participation in politics outside of old patronage networks, a new form of majoritarian tyranny has taken hold. It is built on the classic anxieties of the rising middle class: the fear of the other, the conspirator among us.

Today, the verses of another poet, Faiz Ahmed Faiz, who was imprisoned and exiled by Pakistan’s military dictators, seem more appropriate: “Chalay chalo kay woh manzil abhi nahin aaye” — “Keep on walking, for we are not at the destination yet.”

Manan Ahmed Asif, an assistant professor of history at Columbia, is the author of “Where the Wild Frontiers Are: Pakistan and the American Imagination.”