There is much to celebrate.  While the destruction of your beautiful country has continued this past year the good news is that your leaders are nervous.

They are shaking in their shoes.  Your leader is now wondering if she will survive next year’s national election.

You brave people have done this!  You have sparked a revolution for national sovereignty and border control which has rippled throughout Europe.

The resistance is growing! To love your country is commendable and worthy of praise.

You will have heard that in June my country has voted to leave the European Union.  But I assure you that in our hearts we are not leaving Europe or Europeans!  On the contrary we are preserving what is best in Europe.  And we only want our country back!

In August, Jean-Claude Juncker, the president of the European Commission, said: ‘Borders are the worst invention ever made by politicians.’

It must be clear to everyone now: Juncker and the EU want to destroy national identity and values.  And for some strange reason, so do many of the leaders in today’s Europe, including Ms Merkel.

A mature country will take control of its borders and make decisions which are in the best interests of their country.  Germany is growing ripe for a full national recovery of her own sovereign will.

It is your right to be in control of your country and not be pushed around by bureaucrats from Brussels.

Ms Merkel thinks that she knows what is best for Germany.  A year ago she and many others refused to listen to your protests.  But they are listening now!  She is now trying to back track on her destructive policies but it is too little too late.

Current leaders need to be replaced with new leaders who will protect our lands from the invaders who have no interest in learning about or even appreciating our culture, history, and way of life.

Our women and children need the protection that only a strong moral society can provide.

The terrorising of our women in towns and cities must stop.  Political correctness and the fear of being called racist have made the security forces weak.  But it all starts from the top.  If you the people lead the politicians will follow.

Listen friends.  Islam is at war with Europe and is using Germany, which is at the heart of Europe, to take it over.  Using violent and non-violent methods the Sharia-pushers have only one agenda: the domination and enslavement of non-Muslims.

For those who disagree I ask you to read the Quran and the life of Mohammed.  Or just look at the lives of non-Muslims in almost any Muslim-controlled country, including ISIS.

We must resist the theft of our precious inheritance by people who have no interest in even music or art, democracy or freedoms of speech and conscience.

This ongoing refugee crisis, which was started and is promoted by the radical jihadists amongst them, is a blessing from their Allah.  They are allowed to invade Europe and we pay for it!

The Leftist and Muslim controlled media like to focus on the suffering of the world and tell us that we alone are responsible for solving this crisis by simply opening our borders.

But we are not morally or politically obliged to destroy ourselves and the future we want for our children in order to accommodate our ideological and religious enemies.

We are not obliged to commit cultural suicide and allow the destruction of all that makes Europe a place fit for civilised humanity.  Demographics is destiny.

Europe must and can remain free from the inhumanity of Islam.

And remember, despite what the politically biased media say, you are not right wing you are just right!

May your confidence and strength increase.

God bless you all,

[nb the speech as a pdf in attachment below] 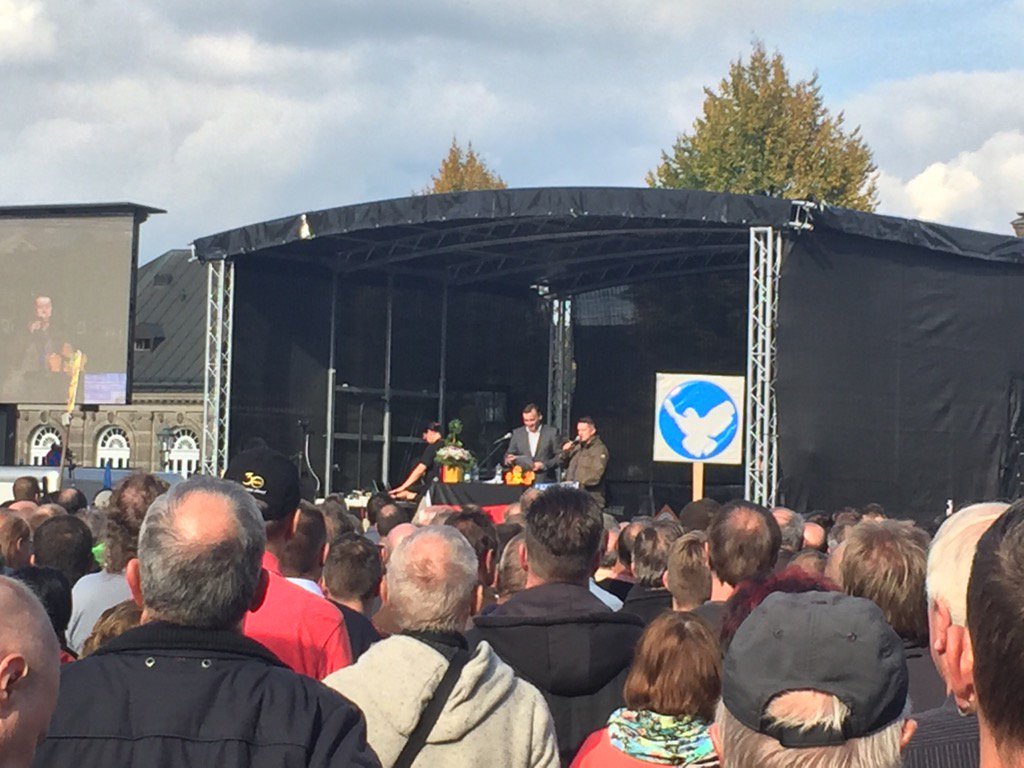