In the Shadow of the Sword: The Birth of Islam and the Rise of the Global Arab Empire

A Startling Thesis on Islam's Origins


Until recently, it was generally considered that Islam, the youngest of the great world religions, was born "not amidst the mystery which cradles the origin of other religions, but rather in the full light of history," as Ernest Renan, the French scholar of Middle East civilizations, put it in 1883. Most textbooks and popular biographies still take Renan's line: Islam originated among the tribal Arabs of the Hijaz (the coastal region of western Arabia that includes both Mecca and Medina) who heeded the divine messages of Muhammad. Fired by religious enthusiasm, they conquered much of the world of late antiquity, from Spain to the Indus valley and beyond, in the decades that followed Muhammad's death in 632 A.D. Modern scholarship, however, has challenged this view, which is based exclusively on Muslim sources dating some two centuries after the events they purport to describe.


As Tom Holland notes in "In the Shadow of the Sword": "The great innovation of late antiquity was to fashion, out of what might otherwise have been an inchoate blur of beliefs and doctrines, individual templates for individual religions, and then to establish them as definitive." Biographies of Muhammad, like those of other religious founders, contain many allusions to numinous forces and supernatural actors. His first biographer, Ibn Hisham, describes how during the Battle of Badr (in 624), Muhammad's first great victory against his Meccan enemies, the Qurayshites, the outnumbered Muslims were supported by angels. Yet this battle, Mr. Holland observes, is often treated as though it were as rooted in history as, say, the Battle of Waterloo, with writers analyzing Muhammad's strategy, calculating the size of his forces, and illustrating his tactics with arrows and maps. 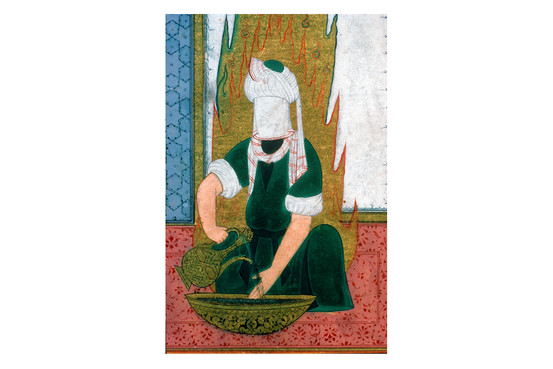 In the Shadow of the Sword: The Birth of Islam and the Rise of the Global Arab Empire


For a sober historian, Mr. Holland argues, this traditional approach to some of Islam's founding events involves a spectacular misreading of the evidence, a confusion of history with literature. The epic themes of loyalty and heroism that appear in the prophet's biographies, and in the Quran, are strikingly similar to those celebrated by Homer in the Iliad: "The one features angels; the other gods. Why, then, should we believe that the account of the Prophet's first great victory is any more authentic than the legend of the siege of Troy?"


Mr. Holland, a classical scholar, is not the first historian to challenge the traditional accounts of Islam's origins. In the 1970s, the American orientalist John Wansbrough applied the methods of textual analysis honed by biblical scholars to the study of the primary Muslim sources: the Quran (the record of the divine revelations deemed to have been transmitted to Muhammad via the angel Gabriel) and the reports, known as hadiths, of Muhammad's precepts, sayings and actions.


Wansbrough suggested that Islam, rather than originating in the arid deserts surrounding Mecca and Medina, arose much further north, in a "sectarian milieu" of Christians and Judaized Arabs in the lands of the Fertile Crescent. More recently, in "Muhammad and the Believers" (2010), the scholar Fred Donner has argued that Islam began in the same region, as part of an ecumenical movement of monotheists living in the daily expectation of End Times.


Inevitably, given the deep convictions at stake—with faith in the inherited tradition pitted against historical skepticism—the debate is highly charged. As Mr. Holland puts it: "Nowadays it is hard to think of any other field of history so riven by disagreement as that of early Islam."


At the heart of the mystery is the Quran. Muslims believe it to have been transmitted orally by Muhammad before being written down and collected under the Caliph Uthman, who reigned from 644 to 656. The Quran, as well as celebrating the divine in nature with veiled allusions to historical places and events, makes reference to stories contained in the Old and New Testaments and to theological ideas in Gnostic and other heretical texts. No less important, the Quran is the foremost source for Muhammad's life.


"Compared to the bogs and quicksand of other sources for the life of the Prophet," says Mr. Holland, "the book of his revelations does authentically appear to offer us something precious: something almost like solid ground." For the historian, however, this is more of a problem than a solution. The text is short on details of places and persons: There is only one reference to Mecca, four to Muhammad himself. Mr. Holland explains that, "unlike the Bible, which name-checks any number of conveniently datable rulers—from Cyrus to Augustus—the Quran betrays what is, to any historian, a most regrettable lack of interest in geopolitics. Those who are named in its pages tend to be angels, demons or prophets. . . . The focus of the Quran is fixed implacably, not on the personal but on the divine."


Mr. Holland finds that much of the Quranic imagery associated with Muhammad's Qurayshite opponents—generally referred to as idolators—does not tally with the Quran's supposedly Arabian provenance. For example, the idolators are condemned for slitting the ears of their livestock or exempting certain cattle from having to carry a load. Such details are puzzling, as Mr. Holland shows: "Mecca, a place notoriously dry and barren, is not, most agronomists would agree, an obvious spot for cattle ranching—just as the volcanic dust that constitutes its soil is signally unsuited to making 'grain grow, and vines, fresh vegetation . . . fruit and fodder,' " as mentioned in the Quran.


When elucidating the occasions when Muhammad is supposed to have received his divine messages, later Muslim chroniclers, including Muhammad's earliest biographers, filled gaps in the Quranic narrative, supplying the missing details from the vast corpus of hadiths. These reports were orally transmitted over many generations before being written down in various collections, several of which acquired canonical status.


Some early Muslim authorities expressed doubts about the historical value of the hadiths, as do scholars raised in the rigorous traditions of modern textual criticism. The problem, however, is that the edifice of hadiths—including those from which the narrative of the prophet's life was constructed some two centuries after his death—now constitute the sunna, the prophet's exemplary custom, which forms the foundations of Islamic law and practice. To abandon the hadiths, the liberal scholar Fazlur Rahman argued in 1965, would be to open up a "yawning chasm of fourteen centuries" between the time of the prophet and today's believers.


As a historian of late antiquity Mr. Holland can afford to ignore such inhibitions. He fills the "yawning chasm" of our knowledge with evidence culled from a much wider variety of sources—Zoroastrian and Persian, Jewish and Roman, Christian and Gnostic—than are usually considered by specialists. Without discarding the role of supernatural agencies altogether, he contextualizes them within the broader framework of the beliefs about religion, politics, power and authority that characterized the world of late antiquity.


Mr. Holland admits that his answers are "unashamedly provisional," but he traces a broad arc that connects the rise of Islam with the religious themes that accompanied the decline of the imperial systems of Rome, Byzantium and Persia. His conclusions may be tentative, but they are convincing. His book is elegantly written and refreshingly free from specialist jargon. Marshaling its resources with dexterity, it is a veritable tour de force.


In a view that Mr. Holland takes forward from Wansbrough and his disciples, Islam was born not in the deserts of Arabia but in the borders of Syria-Palestine, a region that had long been devastated by plagues and wars—the usual precursors of apocalyptic scenarios and millennial hopes. The Qurayshites may not have been Meccans but Arab tribes that had grown rich on Roman-Byzantine patronage. Far from being illiterate (as the biographies claim, with a view to emphasizing the Quran's miraculous character), Muhammad was a sophisticated man who "laid claim to traditions of divine inspiration that were immeasurably venerable," knowing full well what he was about.


The religion he founded began as a classic millennial cult comprising Jews, Christians and Arabs driven by an apocalyptic belief in the end of the world, with Jerusalem as its original focus. The early caliphs of Islam, who saw themselves as God's vice-regents, were both heirs and beneficiaries of the same millennial expectations—long entrenched in the region's culture—that surface in the biblical books of Daniel and Revelation, as well as in the Dead Sea Scrolls. The purely Arabian provenance attributed to Islam and its prophet were later inventions by pious scholars who tried to curb the power of the caliphs by using the memory of Muhammad, with its iconic moral authority. The empires of the caliphs are long gone, but the sunna of the prophet—his custom and example—endures.

—Mr. Ruthven is the author, among other books, of "A Fury for God: The Islamist Attack on America" (2003). "Encounters with Islam," a book of essays, will be published this month.


A version of this article appeared May 12, 2012, on page C5 in the U.S. edition of The Wall Street Journal, with the headline: A Startling Thesis on Islam's Origins.

Tom Holland gave a talk about "deradicalizing Mohammed".  It is such a load of crap I could not believe it. The man is so deluded. He blames the internet for Jihad.  Where was the internet in 1683?