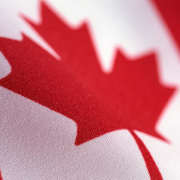 To fight for the 4 Freedoms in Canada

Free Speech being strangled in Canada

no hijab with the RCMP

The Liberals are the greatest...by the liberals

Guy Earle and the BCHRT: Free Speech under fire again in Vancouver.

History of the Jihad against Canada (2001 - Ongoing)

You need to be a member of Kuffarphobia in Canada to add comments!

https://www.youtube.com/watch?v=ou5A8Glngr8
The things they are calling these truckers are disgusting. All the truckers are asking for is freedom for the individual. The right to own your own body and to have freedom of movement.
I am not vaccinated and am one of the few people walking around without a mask. I have my reasons. Most Norwegians are vaccinated and obey every instruction given to them. No protests here.

https://www.youtube.com/watch?v=92_ANz303aQ
Churches being burned in Canada as Trudeau looks on. 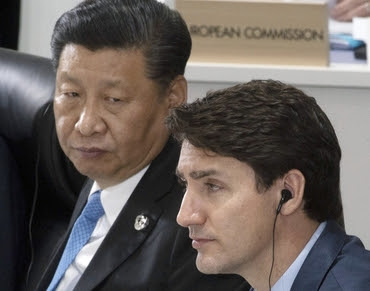 On Rush lately I've emphasized a particular point re Beijing: Twenty years ago, Americans were told, "Get used to it: Manufacturing's not coming back. We can't make widgets for the price they can be made in China. So instead we're going to be 'the knowledge economy'..."

Yet mysteriously China wound up with "the knowledge economy", too. For example, how did this 5G stuff become a Beijing thing? Well, maybe because they just stole it. Do you remember Nortel? They were Canadian, yet fifteen years ago they bestrode the world when it came to what we now know as 4G and 5G. And then one morning:

The documents began arriving in China at 8:48 a.m. on a Saturday in April 2004. There were close to 800 of them: PowerPoint presentations from customer meetings, an analysis of a recent sales loss, design details for an American communications network. Others were technical, including source code that represented some of the most sensitive information owned by Nortel Networks Corp., then one of the world's largest companies.

Those 800 documents came from Nortel CEO Frank Dunn - or rather from someone who'd hacked in to his account. They were sent to an IP address belonging to "Shanghai Faxian Corp", a Chinese entity that had no business relationship with Nortel or, indeed, anybody else:

Years later, [systems security advisor Brian Shields] would look at the hack, and Nortel's failure to adequately respond to it, as the beginning of the end of the company. Perhaps because of the hubris that came from being a market leader, or because it was distracted by a series of business failures, Nortel never tried to determine how the credentials were stolen. It simply changed the passwords; predictably, the hacks continued. By 2009 the company was bankrupt.

Whether or not Huawei was in on the heist, it was certainly the principal beneficiary:

It poached Nortel's biggest customers and, eventually, hired away the researchers who would give it the lead in 5G networks. "This is plain and simple: Economic espionage did in Nortel," Shields says. "And all you have to do is look at what entity in the world took over No. 1 and how quickly they did it."

While Americans re-litigate the antebellum south, an actual racially-supremacist state - one that enslaves its minorities, and in fact sterilizes them and harvests their body parts - is taking control of the planet.

https://www.breitbart.com/news/iran-says-it-unintentionally-shot-do...
"Iran Says It ‘unintentionally’ Shot Down Ukrainian Jetliner".
You do not unintentionally shoot down an airliner taking off from a civilian airport.
All it takes is one Muslim fanatic commanding an anti-aircraft missile battery.
In the good old days Canada would have declared war on Iran, but with the "leader" Canada has they will apologize to Iran for the inconvenience.

(I think basically the problems we are facing now, in every sense, are due to overpopulation. Laboratory experiments have shown that overpopulating a closed environment of rats causes them to begin attacking and killing each other. Whereas a few in the same environment get along well.) The human future is going to become desperate.

Lindsay Shepherd
Investigative Journalism Fellow, True North
The erosion of free speech in Canada should be concerning to all Canadians.
Leftist activists are trying to shut down open and honest discussions simply because they disagree with different opinions.
They’d rather call people “Nazis” and other nasty names than have a frank discussion on the pressing matters facing our country.
We’re seeing this happen everywhere in Canada, especially on university campuses.
These social justice warriors are radical, and they’re dangerous. Canadians simply can’t rely on politicians to stand up for free speech. Politicians of all stripes would rather join in on the fake virtue-signalling or simply pretend the problem doesn’t exist.
On the other hand, the mainstream media would rather cheer on these leftist activists than actually hold them accountable, expose their radical ideology and report the truth.
This is why I joined True North.
Ever since my run-in with Wilfrid Laurier University, in which I dared to show a clip of Jordan Peterson to my class, I’ve committed my career to standing up for freedom of speech and fighting political correctness.
True North isn’t beholden to any political parties or special interest groups, and we’re not getting any taxpayers’ dollars from the government.
True North is fully committed to report on the truth and stand up for Canadians’ right to freedom of speech.

The possibilities are endless I can identify as a very intelligent and competent brain surgeon and demand the right to operate on people.