A Burmese refugee showed no remorse as he was sentenced to life in prison without the possibility of parole on Wednesday for raping and murdering a seven-year-old neighbor in 2008. 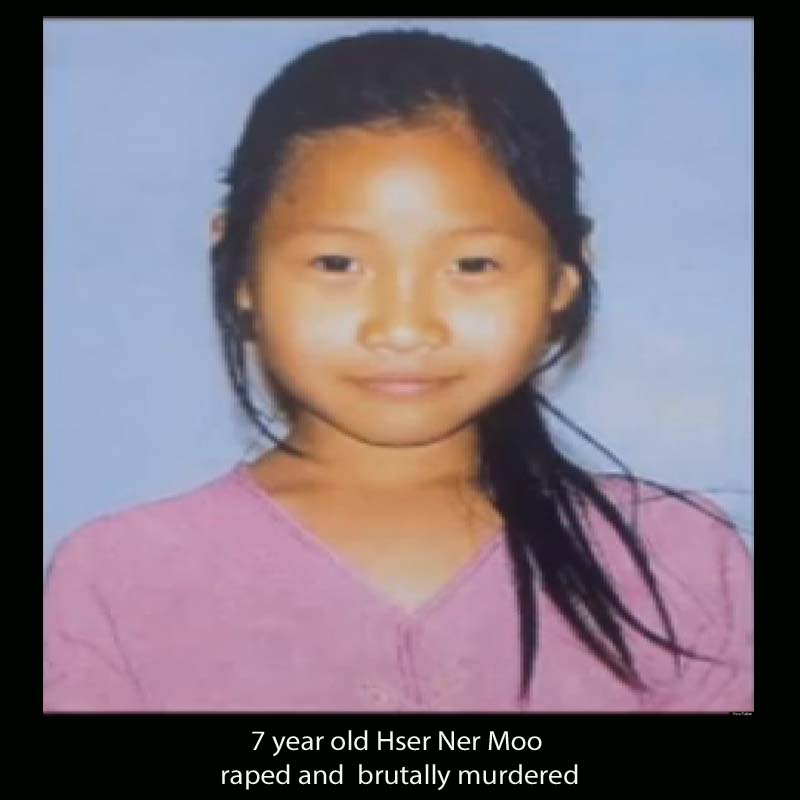 'I didn’t kill that girl and I don’t know who killed that girl,' Esar Met, 27, told the judge in court in Salt Lake City, Utah about his alleged victim, Hser Ner Moo.

He had insisted that he was at his aunt and uncle's home when the little girl, whom he had often played with, vanished in March 2008 before she was found dead in his apartment.

'This girl is a girl I used to play with,' he said, the Salt Lake City Tribune reported. 'That girl loved me and I loved her... I'm telling the truth that I didn't kill the girl.'

He was sentenced to life in prison, rather than the lesser option of 20 years to life. Prosecutors had not sought the death penalty due to a language barrier, which had already caused years of delays.
Hser Ner Moo was found dead in a pool of her blood at the bottom of Met's shower in 2008.
Judge Judith Atherton said that Met had 'groomed' his young victim by playing with her and gaining their trust.

'My greatest concern ... is Mr. Met has not expressed any responsibility,' she said.
Hser was found dead in a pool of her blood at the bottom of Met's shower in 2008 after she wandered from her parents' home at the complex, telling an aunt she was going to play downstairs.
When she failed to return home, her parents grew anxious when they couldn't find her.

The couple, who only speak their native language of Karen, contacted their case worker who in turn called police. The little girl's body was found the following day.

In the nine-day trial earlier this year, child abuse expert Lori Frasier testified that the little girl suffered an excruciating death and had gruesome injuries to her genitals, as well as a broken arm. 'This would have been terrible pain for her,' Frasier testified, the Salt Lake Tribune reported. 'This kind of injury would have required force.'

Hser's heartbroken parents also gave emotional testimony at the trial as they sobbed about how much they missed their only daughter. 'She was my one, my only one,' her father, Cartoon Wah, said. 'I have lost many things in my life, but this was the biggest loss of my life... Now I have to carry on living with this broken heart and support my family.'

Before moving to Utah, the family had fled the Burmese jungle for a crowded refugee camp in Thailand, which later burned down.

Her father recounted their fears as they waited for news of their missing daughter.'The night [she disappeared] my wife was crying,' Wah said. 'It had been too long, so we assumed, we thought maybe our daughter is already dead.'

His wife, Pearlly Wah, sobbed as she added: 'This is the biggest loss of my life. If you gave me the whole world of happiness to exchange for this little girl, I would say no. Nothing can pay me back because I only had one. Whenever I see little girls run around, it breaks my heart.'

Defense lawyers had argued that no one saw Met take or kill Hser and that DNA found from his jacket and from beneath her fingernails were from games the two had shared in days before the murder.

Met, who had also been living in a Burmese refugee camp in Thailand before moving to the U.S., moved to the apartment about a month before the slaying. (Met lived in a separate part of the same refugee camp as did his victim, Hser Ner Moo.for a reason! Burmese Muslims and Christians do not mix in their home country

He lived at the house with four roommates, but defense attorneys say they shunned him because he was a Muslim man of Indian origin.

The roommates were arrested on April 1, 2008 but they were later released. Police said they had not been home at the time of the killing and did not know her body was in the basement bathroom. 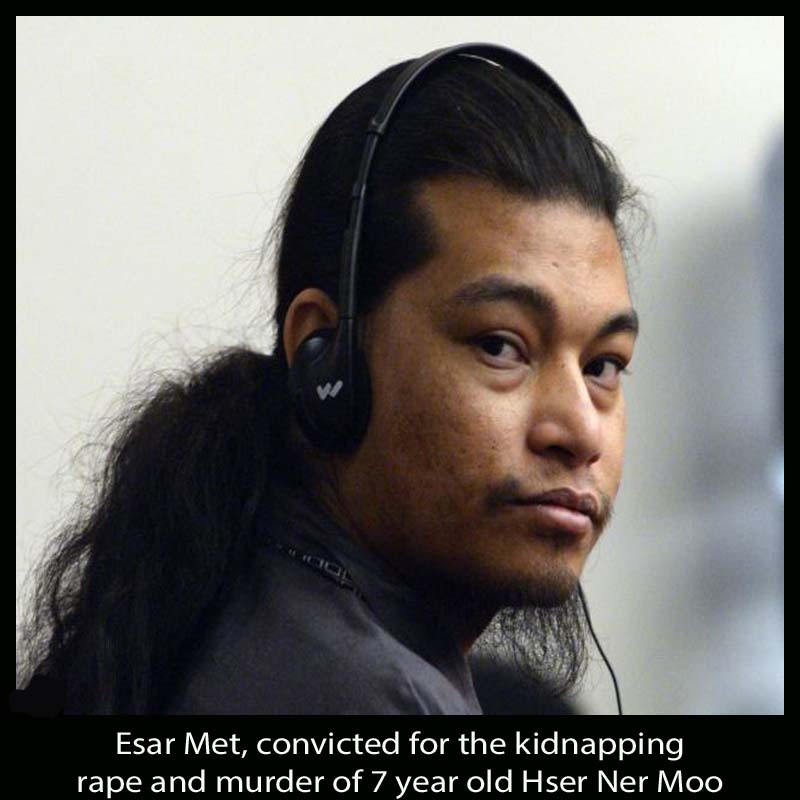 What a disgusting looking piece of vomit.