The BBC and “The Betrayed Girls” documentary

The English Defence League spells out what the BBC’s “The Betrayed Girls” documentary must do to be credible and useful.

Tonight [3 July 2017] the BBC will broadcast its documentary “The Betrayed Girls”.

It follows on from “The Three Girls”, the BBC’s dramatised account broadcast in May of the stories of three girls selected from the 47 victims of one of Rochdale’s 10 or so grooming gangs brought to trial since 2010.

We have no inside knowledge of what the programme contains, but we are promised a:

Documentary about the child abuse revelations in Rochdale and other towns. Featuring the harrowing testimony of the victims and the shocking truth from those who spoke out, this film reveals how it wasn’t just the professionals whose job it was to protect the girls who ignored their plight, but others did as well.

Unfortunately, viewers have been prepared for “The Betrayed Girls” by the earlier fictionalised “The Three Girls” which will have sown the seeds in some minds that this second programme must also be partly fictional, as if it, too, is not wholly true and so need not be believed if disbelief is psychologically easier.

But people who understand the circumstances wrote in yesterday’s Sunday press about it. Others have addressed the same issues.

Nazir Afzal, a prosecutor in this Rochdale trial, has moved well beyond the hand-wringing “Betrayed girls” approach and is, rightly, looking at what motivated the Muslim rapists/groomers to assault non-Muslim girls.

This is what’s at the core of the issue. But Mr Afzal is not first with this question.

More than two years ago an official report into rape/grooming in Oxford recommended that:

“With a significant proportion of those found guilty nationally of group Child Sexual Exploitation being from a Pakistani and/or Muslim heritage, relevant government departments should research why this is the case, in order to guide prevention strategies.”

This recommendation led to a very brief flurry of interest by the media but, even with this recommendation as a shield, they quickly lost interest in the face of establishment torpor and Muslim outrage. The Times gave it a front page headline, and then promptly dropped it.

In September 2014, the EDL demonstrated in Rotherham and we made the same point in our media briefing:

The EDL maintains that the Muslim religion, its texts, teachings and its insistence that Mohammed’s 7th century example is the perfect model to emulate in the 21st century, are at the core of the problems that surfaced in some of their many forms in Rotherham.

Professor Jay’s report used the word Muslim just a handful of times, and all of those were in passing.

Watch Nick Griffin in this 2004 video exposing the Muslim roots of the grooming/rape gang phenomenon:

Now, 13 years after the ground had been broken, and years during which EDL has been saying the same thing, is “The Betrayed Girls” hoping to bask in public and pundit approval for their courage in dusting the cobwebs off old material? Old material that the BBC themselves scorned for years.

Sarah Vine wrote in the Daily Mail on 24 June about “The Betrayed Girls”, but although she mentions the Muslim community, also keeps the fuzziness going by referring also to Pakistanis and clumsily inserting the red herring of ISIS and Boko Haram:

[Abridged:] The men’s religion, Islam, cannot be discounted, although it is frequently misconstrued in its approach to women and, in particular, Western women.

The foul notion that non-Muslim women are impure, promiscuous and therefore unworthy of respect, finds its expression all too often in the behaviour of Islamist terrorist organisations such as ISIS and Boko Haram.

The idea that they somehow deserve to be punished seems to be a recurring theme wherever Islamist terrorism is involved.

Will “The Betrayed Girls” take the next step?

Our jails are filling up with Muslim prisoners and yet the crimes they’re committing have become a taboo subject. … So-called Muslim community leaders would prefer these issues were ignored. … would prefer women to be oppressed and do what men want them to do. Forcing the Muslim community to do more to deal with these problems has to be the starting point to drive grooming gangs out of existence.

What are the next steps?

Nazir Afzal has outlined a chain of causality. It is also obvious that the chain does not bind all Muslims. It is these Muslims who must lead the way. No-one else is doing it.

Step 1 – The first step is to identify the passages in the Koran and the hadith that lead to:

It will not be just the passages themselves that need to be identified, but the way these passages are treated in mosques, Muslim literature and across the UK Muslim community in general.

Step 2 – The second step is for Muslims across the UK, in every mosque and masjiid, to renounce these passages and excise them from the texts used for worship, education, outreach and private devotions.

Is “The Betrayed Girls” up to the job?

The greatest betrayal of the Rochdale girls was by their abusers. The groomers appeared to be offering love, admiration, esteem, status and a good time. The girls were betrayed in dispiriting, debauched and disgusting ways.

The shortcomings of the police, council officials, Councillors, politicians and the media must be brought out and those culpable brought to account in ways that will be most effective in preventing future abuse.

We, the English Defence League, will be watching to see if this BBC programme’s focus is on protecting the next generation of English mothers or on shielding Islam. 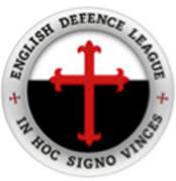