By Connor Boyd For Mailonline

An imam was filmed reciting the Muslim call to prayer in a Church of England cathedral the night before Remembrance Day.

He performed the call to worship in front of an audience of around 400 people in Blackburn Cathedral last Saturday.

It was part of a concert to commemorate the armistice and was carried out without the church's permission. 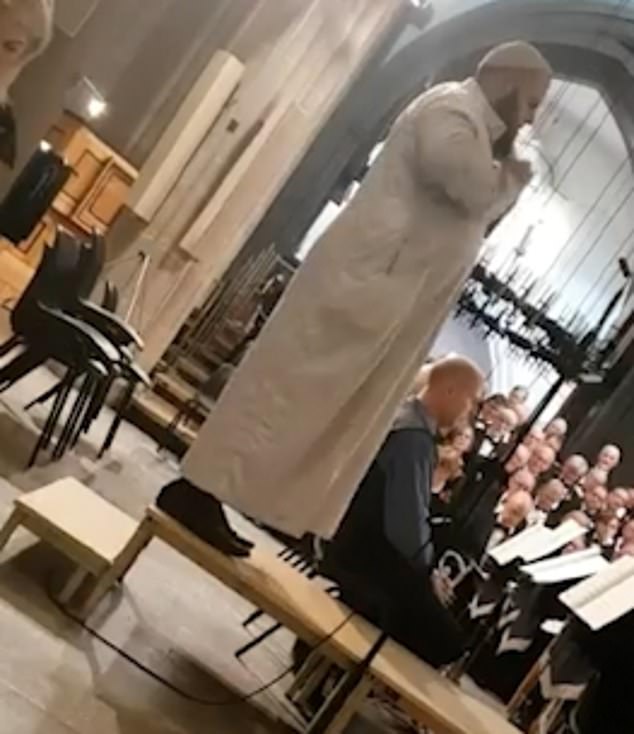 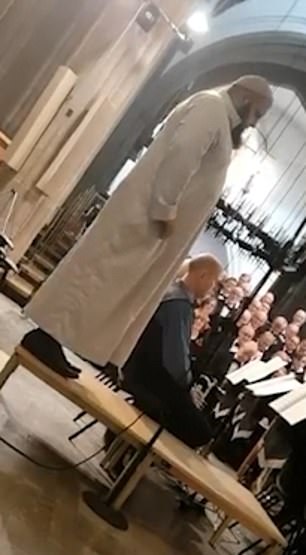 Peter Howell-Jones, the dean of Blackburn Cathedral, has said he 'partially agrees' with calls for his resignation.

He told The Sunday Times: 'I don't think this should have happened here. If people are going to call for my resignation there's nothing more I can say or do to people to pacify them because actually I agree with their arguments.'

The call to prayer was part of Welsh composer Karl Jenkins' The Armed Man - an anti-war Mass - organised by Blackburn Music Society.

The second movement, which is sometimes omitted, is a traditional Muslim adhan recited in Arabic. 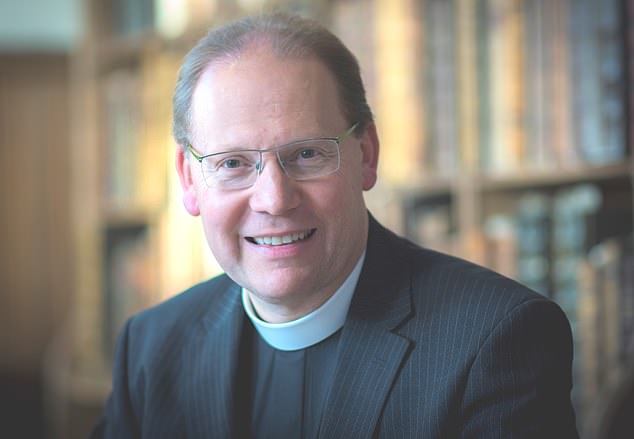 Peter Howell-Jones, the dean of Blackburn Cathedral, has said he 'partially agrees' with calls for his resignation

The dean only realised that the Muslim call to prayer was in the piece shortly before it began and didn't want to cause upset by removing it, the newspaper reports. 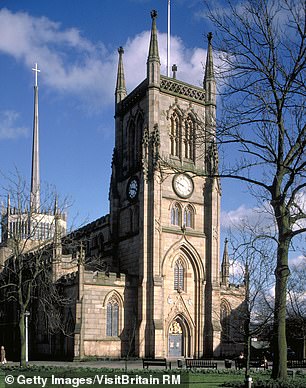 Mr Howell-Jones said he never looked into the contents of the Mass because the Blackburn Music Society regularly held events at the church and no controversy had ever come of them.

It's thought the music society asked the imam, rather than a musician, for the part on the advice of the Blackburn with Darwen Interfaith Forum.

On its website, it described itself as an organisation that 'builds stronger links between different faith communities and promotes community cohesion and social inclusion within Blackburn with Darwen'.

Gavin Ashenden, a former chaplain to the Queen, criticised the church for trying to move from 'being a religious organistion to a cultural one'.

Dean Howell-Jones stressed that Blackburn Cathedral was not only a place for Christian people, but for all faiths.