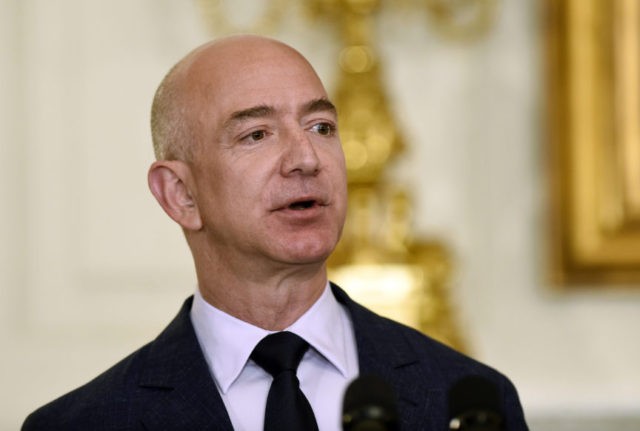 Amazon has given in to demands from Muslim employees who requested various perks and work changes during Ramadan, which also coincides with Amazon’s biggest sale of the year.

According to Bloomberg, the fact that Ramadan was at the same time as Amazon Prime Day this year was “creating tension” among employees in “Minnesota’s Twin Cities region, where activists say Amazon.com Inc. employs more than 1,000 East African Muslim immigrants at four warehouses.”

Employees and other activists protested at the Eagan, Minnesota, delivery center, where they chanted in Somali and handed Amazon management a list of demands for Ramadan, which reportedly included a “call to curb their heavy workloads while they’re fasting and to let them take time off without penalty for Eid, the festival that ends Ramadan.”

Amazon announced that they would provide prayer rooms for employees at work and “would ease up on employees’ quotas for the duration of the fast.”

Ernesto Apreza, a spokesperson for the Internet giant, said the company respects the religious practices of employees and offers accommodations as needed.

“We have a temporary prayer room at this location and are in the process of building a permanent one,” claimed Amazon spokesman Ernesto Apreza.

In a statement, employee Aaisha Jama declared, “That showed us that we are very powerful,” while employee Abdirahman Ali added, “We don’t want to pick between our wages and our faith.”

“That showed us that we are very powerful,” -says it all about what they are about.

The thin end of the wedge, the more you give them the more they demand until they have everything.

The Muslims have such enormous unfounded conceit. They are incapable of creating anything. They have only one talent and that is destruction. Give them control of a well organised civilized and prosperous society and see what happens.