Muslim Enclaves in the UK 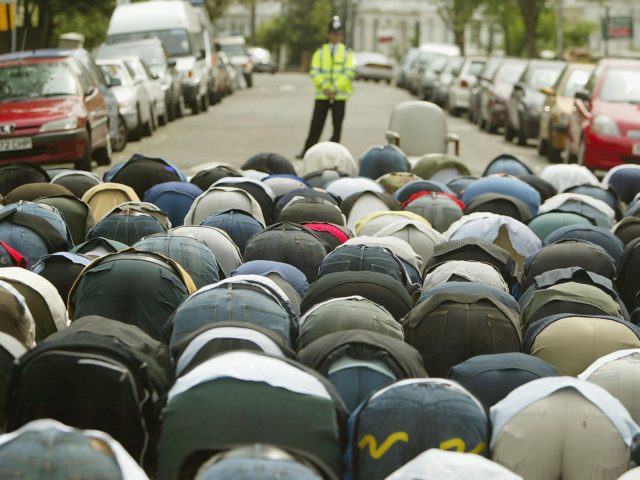 A British Muslim author has said that certain British towns have “no-go zones” for white people and that school children are attacked by Muslim children for “being white”, in an investigation into mosques in the United Kingdom.

Ed Husain, a professor in the Walsh School of Foreign Service at Georgetown University, warned that many Muslims in Britain are living in “another universe” in which Taliban-esque cultural norms are enforced.

In his upcoming book, Among The Mosques: A Journey Across Muslim Britain, Husain documented his experiences after “turning up unannounced” for Friday prayers at mosques throughout the country.

The author revealed to the Daily Mail that Islamic communities in areas such as Bolton are so divided from British society that “a Muslim can spend months with no contact whatsoever with mainstream ‘white’ Britain.”

The former advisor to former prime minister Tony Blair said that native Britons admitted to him that there are areas of their communities they consider “no-go” zones because of concerns of being physically attacked.

A man in Blackburn told Husain that his 12-year-old son is repeatedly the victim of “Asian” teenagers, who “jumped” him for “being white”.

(In British parlance, “Asian” typically refers to people of South Asian and Middle Eastern heritage, rather than people with with roots in the Far East.)

The men also claimed that the local council of Blackburn have threatened people with eviction for flying the England flag, which they claimed was a “racist” symbol.

Husain noted that half of the mosques in the United Kingdom were established by Deobandis, a hardcore Sunni fundamentalist branch of Islam, which was responsible for the creation of the Taliban in Afghanistan.

Husain said that many Muslims in the country are “physically in Britain but mentally living elsewhere,” pointing to parents in Bradford who have imposed Islamic State-like bans of their children from participating in drama, theatre, dance, and drawing classes out of fear that will have a corrupting influence.

“Islam, as I am regularly told, prohibits figurative art and also bans dancing. So the children are not permitted to draw or dance, and their parents cannot allow them to come here,” one theatre company director told the author.

Also in the northern town of Bradford, Husain noted that there seemed to him to be barely any white people, but that there were mosques “on almost every corner” and “houses that also serve as mosques and madrasas, banners affixed to their façades.”

On a visit to the town mosque in Didsbury — a former church before it was purchased by Syrians in 1967 — the author also saw books on display from radical Islamist Khurshid Ahmad, who has called for the creation of an Islamic State and has described the terrorist group al-Qaeda as his “brethren”.

Husain also reported that he discovered a sign for the “Sharia Department” for marriages and divorces as well as other disputes that can be settled under Sharia Law.

Husain told The Times that with the rise of Sharia courts in Britain, women are increasingly becoming alienated and vulnerable.

The author noted that under a Sharia marriage, women do not have legal recourse in areas such as custody of children or child support, as extrajudicial weddings are not recognised by the British government. Under the system, women are sometimes prevented from divorcing their husbands, even if they are abusive.

The author said that through his investigation, Pakistani Muslims are imposing the strictest forms of Islam, saying that Arabs, Somalis, and Kurds all have seen better integration into Western society than those from Pakistani communities.

Tags: Enclaves, Muslim, UK, in, the