Egyptian Christians praying in a burned down church

I've been following both BBC and Channel 4 News over this for the past few days - and at risk of stating the glaringly obvious, they both blatantly side with the Muslim Brotherhood, despite the obvious fascistic politics, attacks and rapes of theirs over the past year.

One Egyptian pointed out that crowds were actually cheering soldiers who had just completed the job of clearing away the Muslim Brotherhood Thug camps in the correct and robust manner, but this just did'nt fit in with the narrative and was glossed over.

Furthermore, the MB lackey and imbecile John McCain has also weighed in on their side.... what a disgraceful establishment we have.

A message to the church of Egypt, from an Egyptian Muslim: I tell the church — by Allah, and again, by Allah — if you conspire and unite with the remnants [opposition] to bring Morsi down, that will be another matter…. our red line is the legitimacy of Dr. Muhammad Morsi. Whoever splashes water on it, we will splash blood on him.” 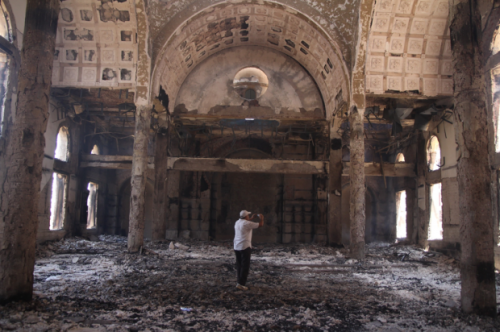 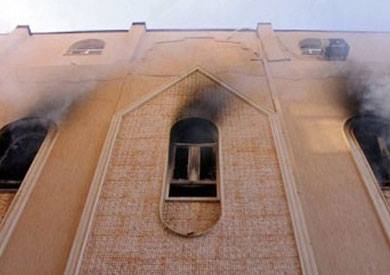 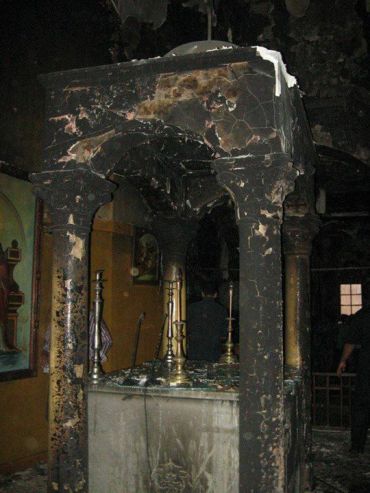 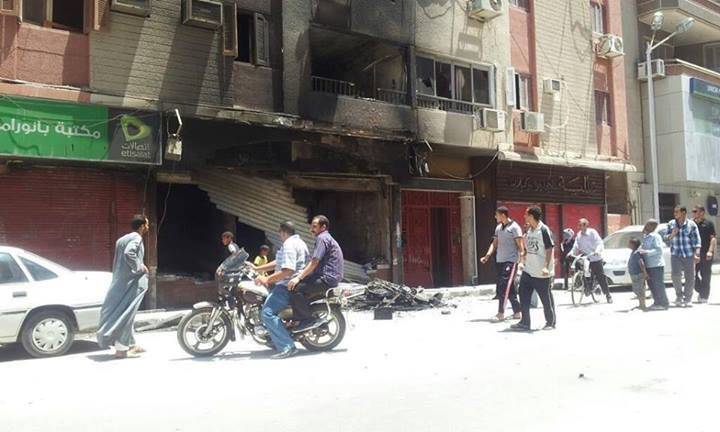 CAIRO (AP) — After torching a Franciscan school, Islamists paraded three nuns on the streets like "prisoners of war" before a Muslim woman offered them refuge. Two other women working at the school were sexually harassed and abused as they fought their way through a mob. 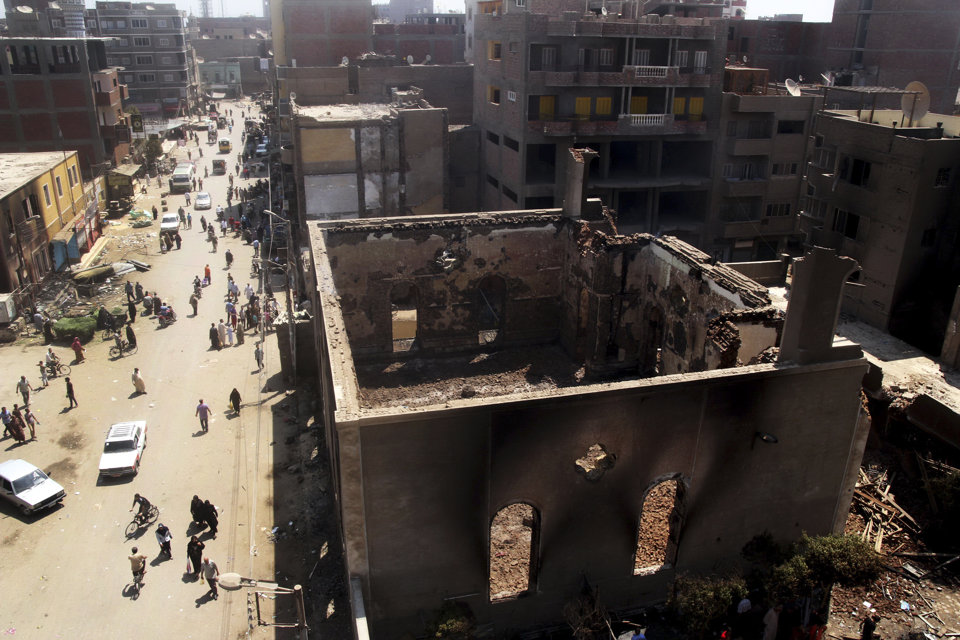 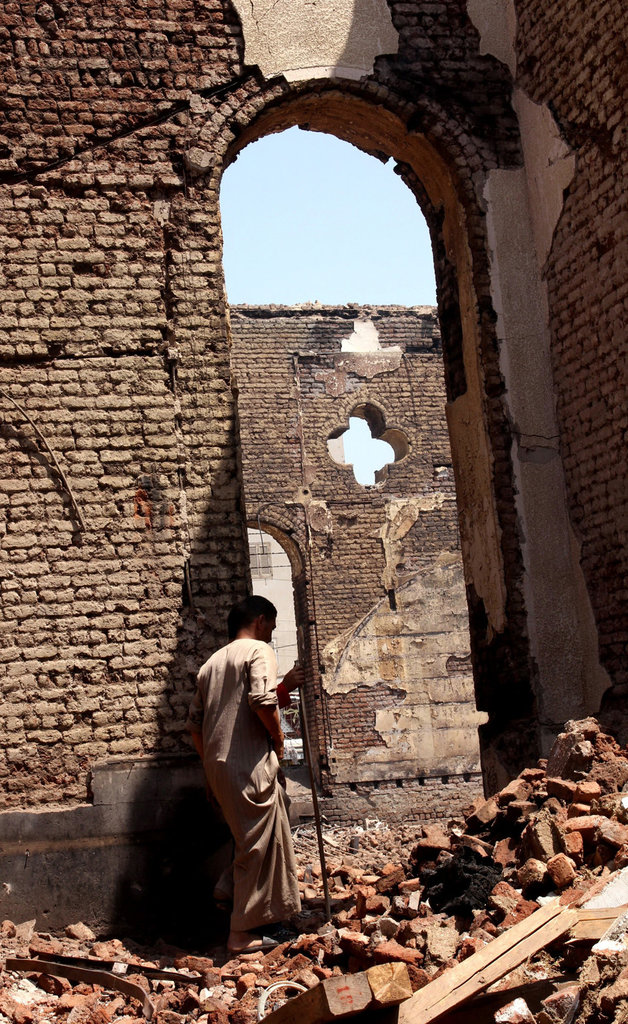 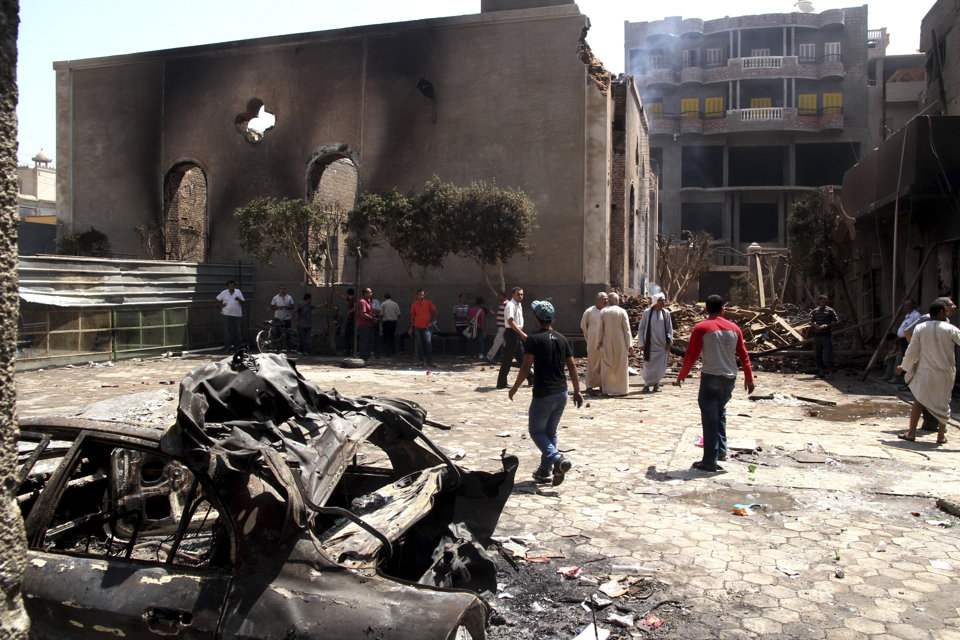 Obama and Blair must be so pleased at how their high falutin project to 'bring peace to the Middle East' is working out.

Yesterday Dr. Naguib Gabriel, President of Egyptian Union of Human Rights Organization, said "82 churches, many of which were from the 5th century, were attacked by pro-Morsy supporters in just two days." 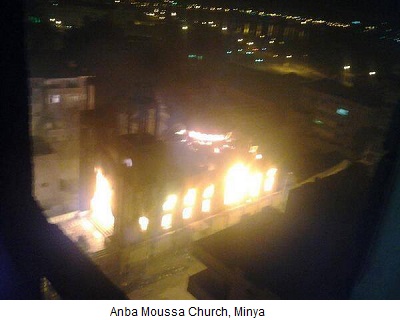