A seen in my last comment the islamists where rioting for their own nation, Pakistan. Yes they got what they wanted, but that did not stop them rioting or causing mischief in the land

On 27 January 2003, a bomb placed on a bicycle exploded near the busy Vile Parle railway station in Mumbai, India. The bomb killed one person and injured 28. The blast occurred when Atal Bihari Vajpayee, the Prime Minister of Indiaat the time, was to visit the city. "He said, 'Fight them so that there is no more rebellion, and religion, all of it, is for Allah only. Allah must have no rivals.'" 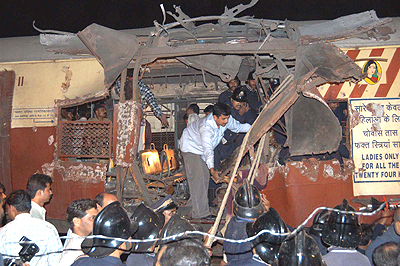 "Our onslaught will not be a weak faltering affair. We shall fight as long as we live. We will fight until you turn to Islam, humbly seeking refuge. We will fight not caring whom we meet. We will fight whether we destroy ancient holdings or newly gotten gains. We have mutilated every opponent. We have driven them violently before us at the command of Allah and Islam. We will fight until our religion is established. And we will plunder them, for they must suffer disgrace." At 21:15 hrs on 28 July 2003 a bomb placed under a seat of a B.E.S.T. bus exploded on the busy Lal Bahadur Shastri Marg in Ghatkopar. The bomb was placed in the rear of the bus and killed 4 people and injured 32. A man who was riding a motorcycle behind the bus and a woman who was in a rikshaw travelling near the bus were among those killed. An eyewitness claims that the woman was thrown at least 10 feet away from the rikshaw and died on the spot. 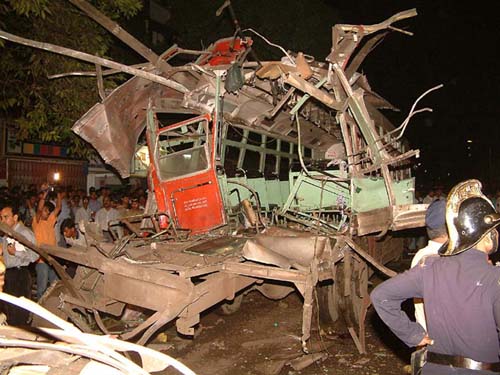 Mumbai,Monday, August 25, 2003: Two car bombs exploded in the crowded areas of the metropolis in quick succession today killing 45 people and injuring over 150, in the first such incident after the March 1993 serial blasts which had claimed 257 lives.

Some photos from the blast area are below: 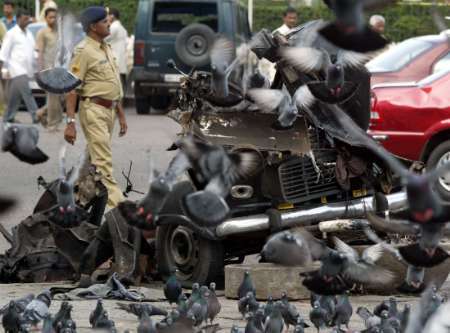 "I shall terrorize the infidels. So wound their bodies and incapacitate them because they oppose Allah and His Apostle." 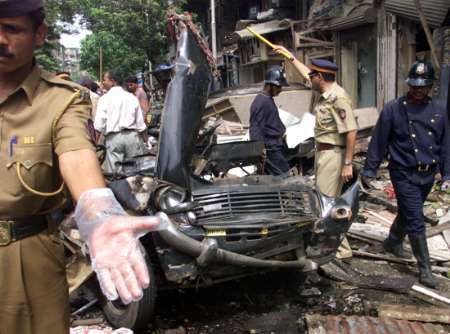 "Soon We shall strike terror into the hearts of the Infidels, for that they joined companions with Allah, for which He had sent no authority: their abode will be in the Fire!" 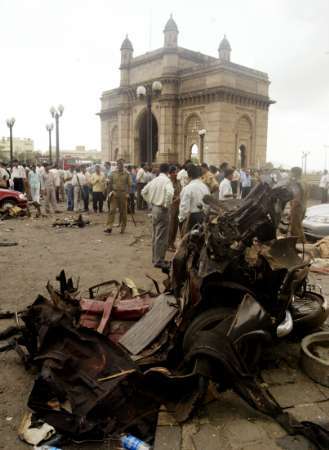 "Fight them until all opposition ends and all submit to Allah." 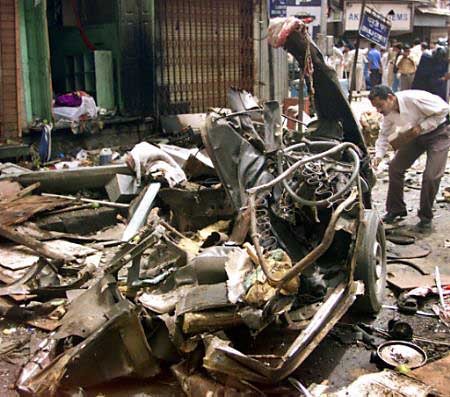 "Fight the unbelievers around you, and let them find harshness in you."