Muslim Infiltration of the Police and Army

Mozaffar Khazaee, a dual U.S.-Iranian citizen, was reportedly arrested late last week as he was attempting to travel to Germany and then on to Iran. Weeks earlier, Khazaee had arranged for a shipping company to take boxes containing "sensitive technical manuals, specification sheets, and other proprietary material" related to the F-35 and its engines to a contact in Iran, according to an affidavit filed by a Special Agent of Immigration and Customs Enforcement's Homeland Security Investigations.

The reams of documents were discovered in November when Customs officers inspected a truck shipment Khazaee had sent from Connecticut to California, which was intended to go on to Hamadan, Iran, the affidavit said. The 44 boxes, which had been described to the shipping company as containing "books and college-related items, two suitcases, a vacuum cleaner and some other items," actually held "thousands of pages contained in dozens of manuals/binders relating to the JSF [F-35 Joint Strike Fighter] program."

Court documents describe Khazaee as having worked as an engineer for several defense contractors, leaving his most recent employer last August. None of the contractors are identified in the court documents, but the latest employer, Company A, is described as a Connecticut-based contractor that produced the F-22 Raptor's F-119 engine.

A spokesperson for Pratt & Whitney, a Connecticut-based contractor specializing in fighter jet engines including the F-119, confirmed to ABC News that Khazaee was recently employed there and said the company is "fully cooperating with law enforcement and will support the government's investigation in any way necessary."

Khazaee is accused of interstate transportation of stolen property of the value of $5,000 or more, and if convicted could pay a fine or spend up to 10 years in prison. Court records do not show an attorney listed for Khazaee, who holds both a U.S. and Iranian passport.

The affidavit states travel records show Khazaee has traveled to Iran at least five times in the last seven years.

The F-35 Joint Strike Fighter is the most expensive defense program in history, estimated to cost approximately $400 billion, and is meant to replace the air-to-ground fighter attack fleets of the Navy and Marine Corps, and work in tandem with the Air Force's next-generation F-22 Raptor, an air-to-air fighter. Slammed by critics for terrible planning and production, which caused numerous developmental delays and a ballooning price tag, the Air Force has stood by the F-35 as what it calls the future of American air power.

Rival nations also appear to have taken interest in the F-35. Prior to Khazaee's arrest linking Iran, a report by The Washington Post last May listed the F-35 among major U.S. weapons system designs that have been at least partially compromised by Chinese hackers.

Joe - re the imprisonment of those fighting against IS - this is something the EDL could publicise at their demos - maybe a joint Kurdish/EDL demo in an area with a large Kurdish population like Hackney ?, its also something that groups like Liberty etc could be put on the spot over, anyway, the absurdity of Cameron wanting to bomb IS, and then arrest people for fighting against them needs to be more in the public sphere.

The Ummha has great pull than the country. 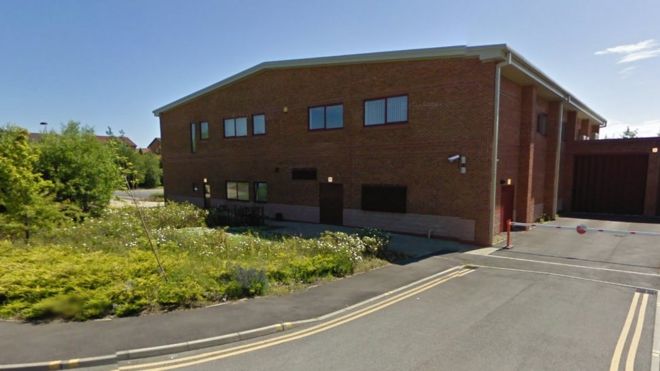 A Durham Police officer has appeared in court charged with a string of offences, including four rapes.

Mohammed Perwaze is accused of 19 offences, including five of indecent assault, three counts of actual bodily harm and controlling behaviour.

The 45-year-old, from Hury in County Durham, was remanded in custody at Peterlee Magistrates' Court.

He will appear at Durham Crown Court on 4 January. A force spokesman said the officer has been suspended.

"As soon as we were made aware of the allegations we acted immediately."