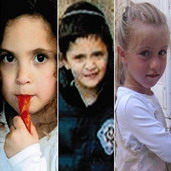 To protect Jews, whose 4 Freedoms are under particular attack

Who do the territories belong to?

Eurabia and the selling out of Israel: An interview with Bat Ye’or

Liberal Oasis - The Truth about Israel

You need to be a member of Jewish Victims of Kuffarphobia to add comments!

ISRAELI RABBI REMINDED WHO ARE MODERN HEROES OF UKRAINE ; https://southfront.org/israeli-rabbi-reminded-who-are-modern-heroes...

UK: Jewish conservative’s door broken down, he is handcuffed and jailed on suspicion of “Islamophobia”
NOV 6, 2019 9:00 AM BY FAHRENHEIT 211

Before I begin this piece I would like to ask readers NOT to contact any of the individuals named in this article. This is because to do so could be construed as ‘Perverting the Course of Justice’ and that is in British law an offence. I respectfully request that you the reader do nothing that could be seen as ‘perverting justice’. As an aside, the information that I am sharing is not that much different from what Count Dankula shared when he was arrested for a bullshit ‘hate speech’ crime, so I do not believe that any of the information that I’m sharing is privileged in any way or that sharing it constitutes any offense.

And so the story begins…

On Tuesday the 22nd October, at approximately 07:15, whilst I was getting my four year old child ready for school, there was a rather aggressive knock at my front door. I opened the door and found a whole bunch of police officers who wanted me to come out and ‘talk to them’. Knowing what the modern day British police are like in too many cases, which is thuggish and dishonest, I shut the door in their faces. The police do not turn up mob handed merely to have ‘a chat’. Instead I picked up the handset for my entryphone, which is remotely recorded, and spoke to the officer’s via that method.

I politely requested that they state the reason why they were at my front door and they said ‘we just want to talk’ and ‘you must come outside to speak’. They refused my request that I would speak to them via the window and insisted that I come out. Whilst this was going on I was watching what was happening on CCTV, the footage of which is now secured off site. I could see at least six police officers swarming around my front garden and to my back garden to which they had gained access. There were I observed, four officers in the front and two in the back.

The officer who appeared to be leading this mob of officers, kept saying ‘we want you to come outside so we can talk to you’. Of course I refused. This is because I know from other cases of a similar nature where the police have said this that this is a ruse to gain entry to a property so that they can later say that the occupier ‘invited’ them in. The lead officer, whom I later found out was PC Choudhury of Sidcup who is attached to Sadiq Khan’s ‘hate crime and hate speech’ unit, became ever more threatening and aggressive in his tone and refused to state exactly why he and the rest of the officers were there. He and the other officers kept shouting through the door that if I did not open the door then they would break it down. Because I did not want my son exposed to what the police were obviously going to do I sent him upstairs with my wife.

After about five minutes or so of these officers banging on the front door and issuing threats to break it down and officers menacingly patrolling my back garden, an officer, who at this point I cannot positively identify, brought up what looked like a battering ram. The officers were shouting through the door ‘we are going to break the door down now’.

As the officers said they would, they smashed the lock on my front door causing approximately £100 worth of damage. At least three officers, one of whom was PC Choudhury, rushed into the house and into the kitchen at the back of the house. PC Choudhury then cautioned me, arrested me for ‘Malicious communication and racial and religious hatred’ and put me in handcuffs. They guided me out into the front garden where they searched me and then put me in the back of a police van and took me to the local police station.

https://www.breitbart.com/middle-east/2020/02/03/jon-voight-endorse...
Jon Voight Endorses Netanyahu, Hails Trump’s ‘Responsible’ Peace Plan
“It’s the first one that’s taken a responsible approach,” he told The Algemeiner.
“Much truth has been spoken in it and we have to accept the truth before we can make amends, and much harm has been done to Israel over the years. Many lies have been put in place and attacks have taken their toll. Much blood has been spilled.”

https://www.youtube.com/watch?v=xDsWg5zpOsA
SPECTRE, ROTHSCHILD, ISRAEL, GLOBAL JEWRY, WHITE GENOCIDE.
A plan to dismantle the nation states of europe through massive immigration from outside.
This spectre woman apparently wants to mix together and thereby eliminate every other culture, nation and race, except the jews that are supposed to unite in the nation of Israel.

Jews are racists just like everyone else.
This gobbledygook reminds me of why I hate religion and religious people with their messed up minds.

https://www.breitbart.com/middle-east/2019/09/05/netanyahu-barack-o...
Report: Netanyahu ‘Shellshocked’ by Obama’s Radical Pro-Palestinian Stance in First Meeting.
A Muslim will naturally always put the interests of Muslims before anything else.

“There is nothing intrinsically different about Palestinian refugees that warrants their own UN agency..."

https://www.breitbart.com/middle-east/2019/08/28/new-zealand-latest...
"New Zealand Latest Country to Halt Funding to UN Palestinian Agency".
"TEL AVIV – New Zealand is the latest country to suspend funding to the United Nations aid agency for Palestinian refugees after a leaked internal report alleged corruption, sexual misconduct, antisemitism, and mismanagement at the agency’s highest levels."
United Nations Relief and Works Agency, UNRWA.
A close examination of the UN will show misconduct and corruption everywhere within it.
The United Nations aid agency for Palestinian refugees.
I mean, really? Everything the Muslims touch has corruption,misconduct, anti-anything that is not islamic, and mismanagement at every level.
We should not be funding anything that has to do with Islam. Or fund the United Nations.
"For decades, the organization and its leadership have sold lies to perpetuate the Palestinians’ refugee status. "
“There is nothing intrinsically different about Palestinian refugees that warrants their own UN agency..."
"Billions of dollars in aid could be better spent helping real refugees, like the thousands of Christians fleeing the Middle East and Palestinian Authority because of Islamist persecution."
The Palestinians are persecuting Christian refugees and conducting war against Israel.