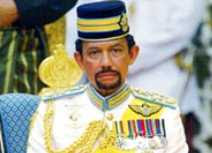 Brunei Darussalam is a sultanate ruled by the same family for more than 600 years, and it has a population of approximately 428,000. Sultan Haji Hassanal Bolkiah governed under emergency powers that place few limits on his power.

Political authority and control rests entirely with the sultan. A 29-person legislative council (LegCo), which has no independent power and was composed primarily of appointed members, provides a forum for public discussion of proposed government programs as well as administrative deficiencies. It convenes once a year. Council members may be disqualified from service on the basis of various offenses, including disloyalty to the sultan.

Citizens do not have the right to change their government peacefully. The same family has ruled the country for more than 600 years. In 1962 the then sultan invoked an article of the constitution that allowed him to assume emergency powers for two years. These powers have been renewed every two years since 1962. The state of emergency places few limits on the sultan's power. The sultan also serves as prime minister, minister of defense, minister of finance, chancellor of the national university, inspector general of the Royal Brunei Police Force, and head of the Islamic faith.

Since the early 1990s, the government has worked to reinforce the legitimacy of the hereditary monarchy and the observance of traditional and Muslim values by promoting a national ideology known as the Melayu Islam Beraja (MIB), or Malay Islamic Monarchy. MIB principles have been adopted as the basis for civic life. All government meetings and ceremonies commenced with a Muslim prayer. When attending citizenship ceremonies, non-Muslims must wear national dress, including Muslim head coverings for men and women.

Anyone who teaches or promotes any "deviant" beliefs or practices in public may be charged under the Islamic Religious Council Act and punished with three months incarceration and a fine of BND 2,000 ($1,550).

There were credible reports that agents of the government's internal security department monitored religious services at Christian churches and that senior church members and leaders were under surveillance.

I had a muslim friend from Brunei.  He said everyone lived in fear of the secret police and of neighbours reporting people for criticising the Sultan.

The above description of Brunei sounds like it comes straight out of the Hizb ut Tahrir playbook. http://4freedoms.ning.com/group/theology/forum/topics/hizb-ut-tahir...

In the light of the similarities between Brunei and the islamo-fascist Caliphate, it comes as no surprise to read that the Sultan of Brunei funds Al Qaeda and knew in advance of the 7/7 bombings.  http://www.jihadwatch.org/2012/02/report-unnamed-asian-head-of-stat...

I very much doubt a non Malay could be President, due to anti Chinese and Indian sentiments

Minimum age for marriage
34. The Marriage Act (cap. 76) provides for the solemnization and registration of church and civil marriages. Under this law, minor is defined as a person not being a widow or a widower who is under the age of 18 years. The age for marriage is 14 years old. Where there is a solemnization of marriage and one of the parties to the marriage is a minor, consent of the father or the guardian or the mother of the minor is necessary.
The act provides that it is an offence to solemnize the marriage of a minor where the requisite consent is absent. This is an offence punishable by a term of three years’ imprisonment and a fine. This act does not apply to Muslim marriages, as such marriages are governed by the Shariah laws. Despite these provisions, according to the Registry of Marriages the number of marriages among minors are small and are usually between people in the rural areas or among the indigenous groups.
35. The Religious Council and Kadi’s Court Act (cap. 77) does not limit the minimal age for a Muslim to get married and as outlined by Shariah law such marriage may be registered under the provisions of section 137 (3) of the act.
Source

Girls as young as 11 are married off in Kelantan (the same province of Malaysia that is forcing buddhists to build their temples as mosques - I wonder why the muslims might be anticipating moving into those temples??)

He said without permission, they could be fined up to RM1,000 or imprisoned for six months or both by the Syariah Court according to the Kelantan Islamic Family Enactment 2002.

He said the regulation stipulated the age condition to prevent divorce of incompatible persons.

Daud was asked to comment on the controversy of a 11-year-old girl who married a 40-year-old man in Kampung Jelawang, Kuala Krai, recently.

It's no wonder that non-muslims have been fleeing Malaysia.  It is on course for full-blown sharia within a generation.

The age for marriage is 14 years old. Where there is a solemnization of marriage and one of the parties to the marriage is a minor, consent of the father or the guardian or the mother of the minor is necessary.

Another effect of the absolute of the Sultan is Brunei is the on the Bumiputera laws.

Whereas the delineation between Bumiputeras and other groups in Malaysia has been the cause of much conflict and unrest of late, it does not appear to have had the same consequences in Bruneian society. This may be because affirmative action strategies are not so prevalent or obvious in Bruneian society.

A lack of opposition to the Bumiputera concept in Brunei may also be because as an autocratic sultanate, the country does not experience a great deal of political diversity. This is in contrast to the situation in Malaysia, where protests against Bumiputera privileges in Malaysia are often backed by opposition parties in order to raise dissatisfaction with the government.

And who said there is no racism in islam