Collected Statistics on Muslims in Prison

The proportion of young Muslim men in youth jails in England and Wales rose by more than a quarter last year, figures showed today.

The proportion of youth offenders in custody from black and minority ethnic communities also rose slightly to 42 per cent, from 39 per cent in 2010/11, according to the report by the chief inspector of prisons.

The study, published jointly with the Youth Justice Board, showed the total number of young people in custody fell by 14 per cent last year.

Muslims are 35% of the Italian prison population.

2008 - Washington Post. Muslims are 70% of the French prison population.

Muslims are over-represented in British prisons.

Sikhs and atheists are slightly over-represented in British prisons (the numbers for sikhs are so small, it is hard to draw anything from their over-representation).

It's a mystery, according to the BBC.

Why the surge in Muslim prisoners? 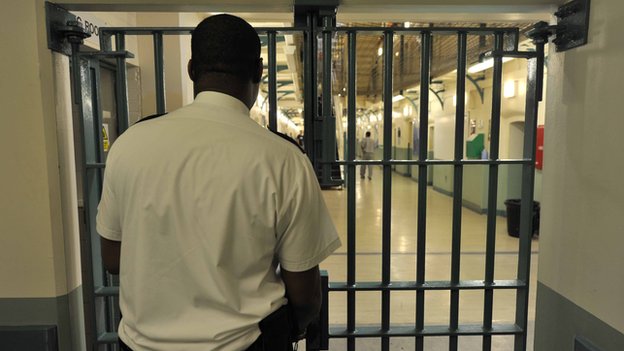 It's a crime mystery.

Why has there been a surge in the number of Muslim prisoners?

OK, I hear you say, the overall prison population has also increased, so what's the big deal?

But that 20% increase in the jail population has been outstripped by the rise in Muslim inmates - up 122%.

One possible explanation for the rise is that there are now more Muslims in the general population.

But the percentage rise in Muslim prisoner numbers has been far greater than the Muslim population increase: Muslim inmates now account for 14.4% of those behind bars, compared with 7.7 % in 2002.

Most of the prisoners we met with all said that they experienced differential treatment as a result of their race, ethnicity or faith”

The media focus on terrorism might lead some to think that the Muslim prisoner population increase is linked to convictions of Islamist extremists.

But the figures don't bear that out either.

Ministry of Justice data shows that between October 2012 and January 2015, there were 104 Muslims out of 178 prisoners who'd been jailed for "terrorism-related offences where the motivation stemmed from extreme ideology" - less than 1% of the total Muslim prisoner population.

Another factor that's cited is the increasing number of foreign national prisoners: there were about 10,500 last year - one in eight of the total prisoner population.

A Ministry of Justice analysis in 2013 suggested that a significant minority, 30%, of Muslim prisoners weren't British - last year the top 10 overseas nationalities included inmates from two predominantly Muslim countries: 522 from Pakistan, 417 from Somalia.

It does lend some support to the theory that as the UK's ethnic and population mix has changed, driven by rising levels of immigration, travel from abroad and births to foreign-born mothers, so the prison population has become more diverse, with greater numbers of Muslims.

But there appear to be underlying reasons too.

In 2010, the then Chief Inspector of Prisons, Dame Anne Owers,published a report on Muslims in jail, in which she linked the growth in numbers to the age and socio-economic profiles of the Muslim population in general.

"Both are powerful predictors of involvement in the criminal justice system," she wrote, "and Muslims in Britain have a notably younger age profile than non-Muslims and are more likely to come from lower socio-economic groups."

Last year, 58% of Muslim prisoners were aged 30 or under, compared with 45% of the overall population, and in what's termed the "secure youth estate" - institutions which hold 10- to 17-year-olds - almost one in five prisoners was Muslim.

Amal Imad, a researcher for the charity Muslim Aid, agrees with Dame Anne's findings from five years ago that poverty - in particular not having enough money to feed a family - is a key factor driving crime, and therefore imprisonment, among Muslims.

"The underlying issue is economic crisis," she says.

In a major report last year, Lady Lola Young of Hornsey reached similar conclusions about the reasons for the disproportionate representation of Muslim men at all stages of the criminal justice system.

If they're being convicted there must be a reason for that”

"These disparities... are often part of a complex mix of educational, employment, health and social inequalities that have characterised many of their lives," says Lady Young.

But her study - funded by the Barrow Cadbury Trust, an independent charitable group - also points to evidence of something more disturbing: discrimination. It says policy-makers and politicians haven't "fully grasped" the impact of "negative stereotyping" and "cultural difference".

Lady Young says: "Most of the prisoners we met with all said that they experienced differential treatment as a result of their race, ethnicity or faith. 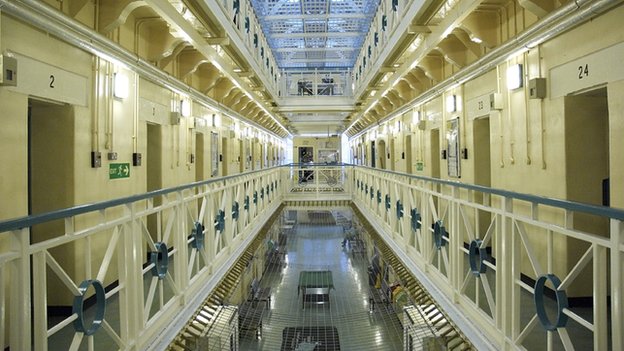 "Black prisoners felt that they were stereotyped as drug dealers and Muslim prisoners as terrorists."

Could it be that negative stereotypes and institutional discrimination, or "Islamaphobia", as it's referred to, is fuelling the increase in Muslim prisoner numbers?

Amal Imad, from Muslim Aid, doesn't think so. She says it's the media that tends to stereotype Muslims - not criminal justice agencies.

"I don't believe the justice system is unfair.

"If they're being convicted there must be a reason for that," she says.

One of Britain's few Muslim MPs, Sadiq Khan, is determined to get to the bottom of it - asking more parliamentary questions about Muslim prisoners than any other member.

The shadow justice secretary promises that if Labour are elected, they'll put in place a "national strategy" to address the issue, claiming the government has been "utterly clueless" about the growing Muslim population .

"Their complacency is breathtaking," he says.

In response, the Ministry of Justice says the government is committed to ensuring the criminal justice system is "fair, inclusive and impartial, and represents and serves the whole community".

In a statement, the department says: "Each prison has a multi-faith chaplaincy team to meet the religious and pastoral needs of all faiths, including Muslims, and we expect every prisoner to engage in purposeful work and rehabilitation to give them the opportunity to turn away from crime for good."

Few would disagree with that - in fact, the reoffending rates of Muslim prisoners are already substantially lower than others, at about 36% compared with 45% .

But it seems we've only just started understanding the reasons why so many are locked up in the first place.

I'm surprised that the Muslim Controlled BBC let even that vastly watered down appraisal of Muslim criminality, be produced.  But then, we wouldn't know how many other reports have been suppressed by them, would we?