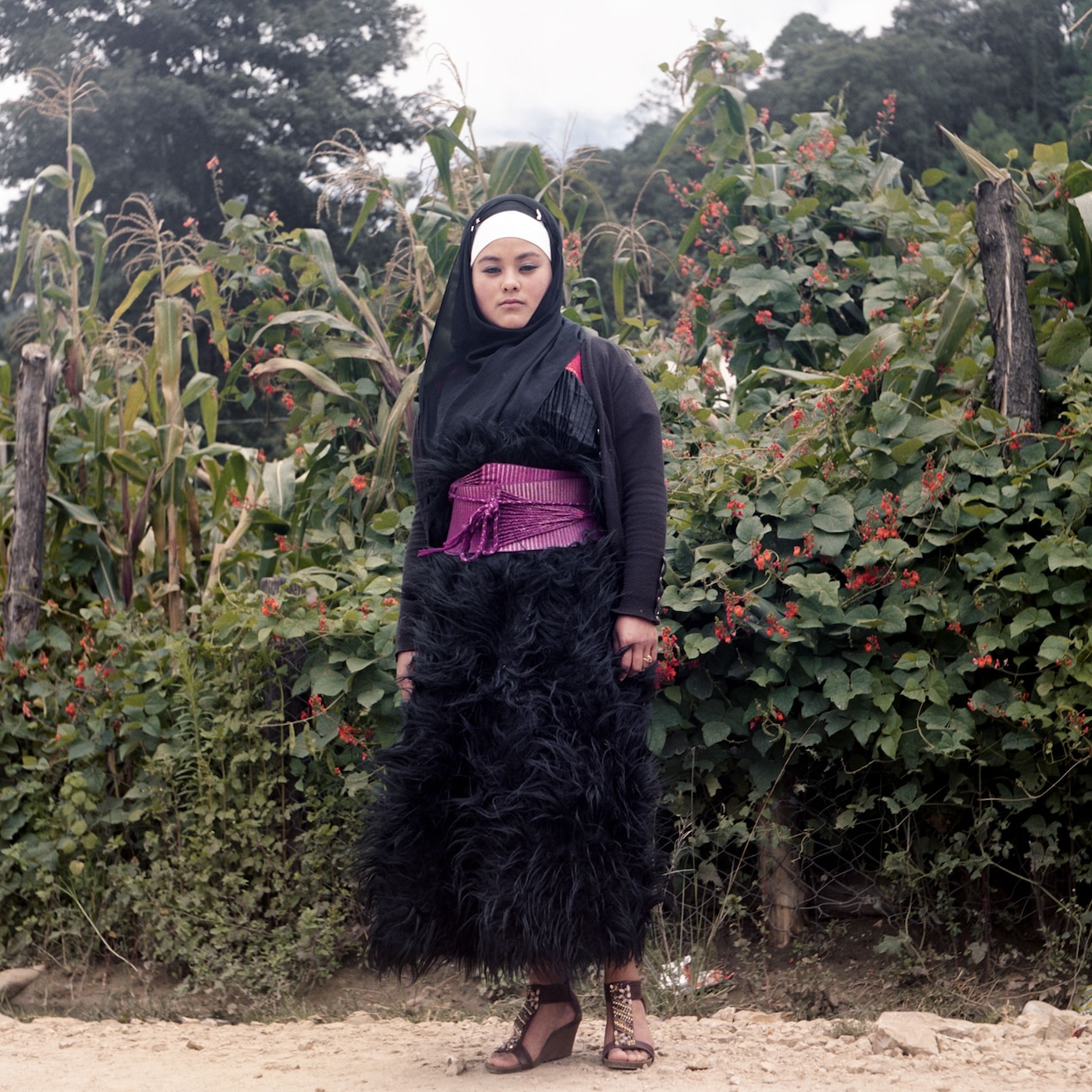 In a corn field in the Mexican state of Chiapas, Salma Palamo Diaz wears a traditional tzotzil skirt. Muslims in Mexico blend their indigenous ways of life with the customs required by Islam.
PHOTOGRAPH BY GIULIA IACOLUTTI

In Chiapas, 400 Mexicans are building a new identity by merging their indigenous practices with Islam.

In photographer Giulia Iacolutti’s native Italy, the conversation about Islam revolved around fear and terrorism, but when she arrived in Mexico, she found none of that.

In 2014, a professor introduced Iacolutti to the imam of one of the mosques popping up around Mexico City to host a growing Muslim community. For a year, she embedded herself in their homes, rituals and feasts for a project called Jannah, an Arabic word that represents paradise in Islam. 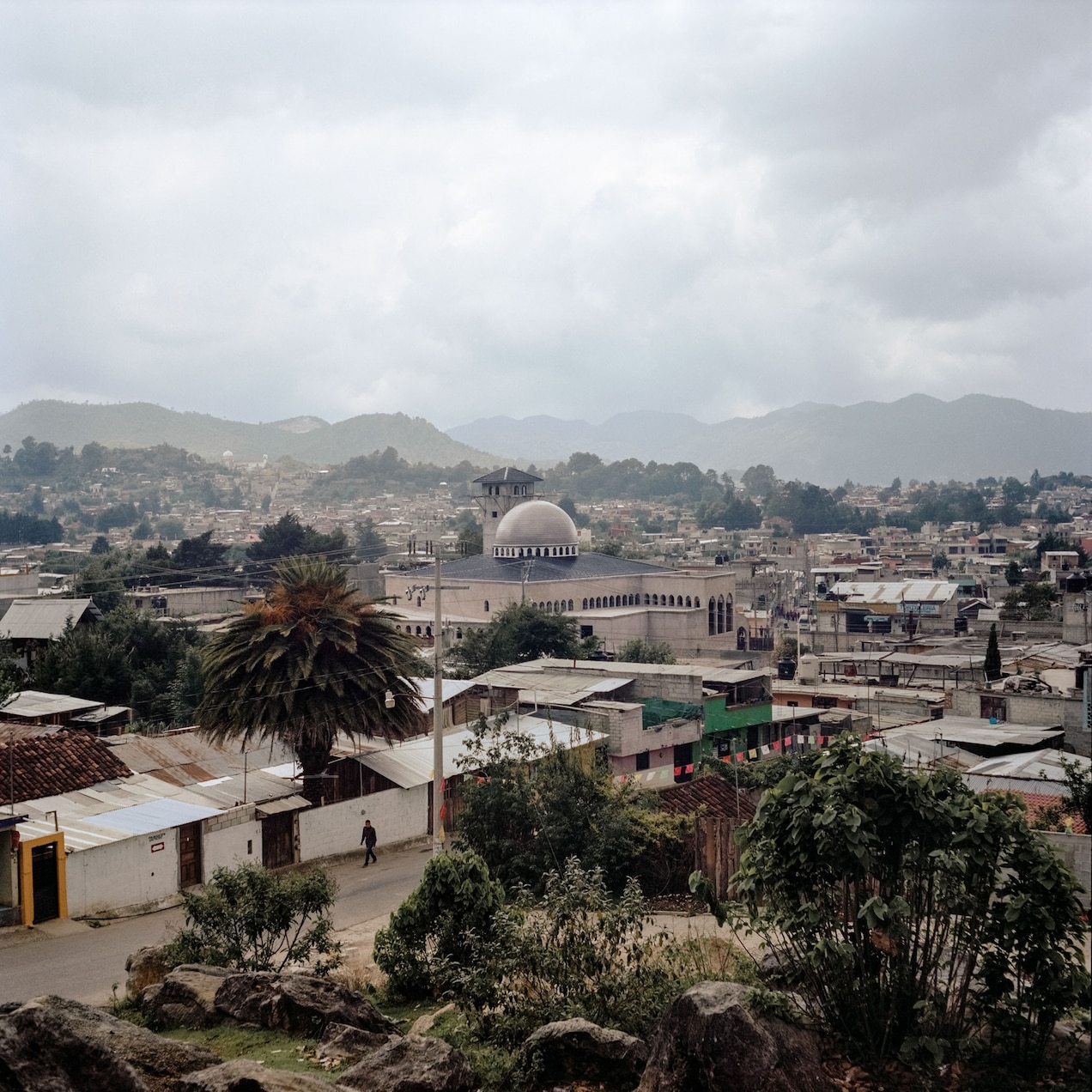 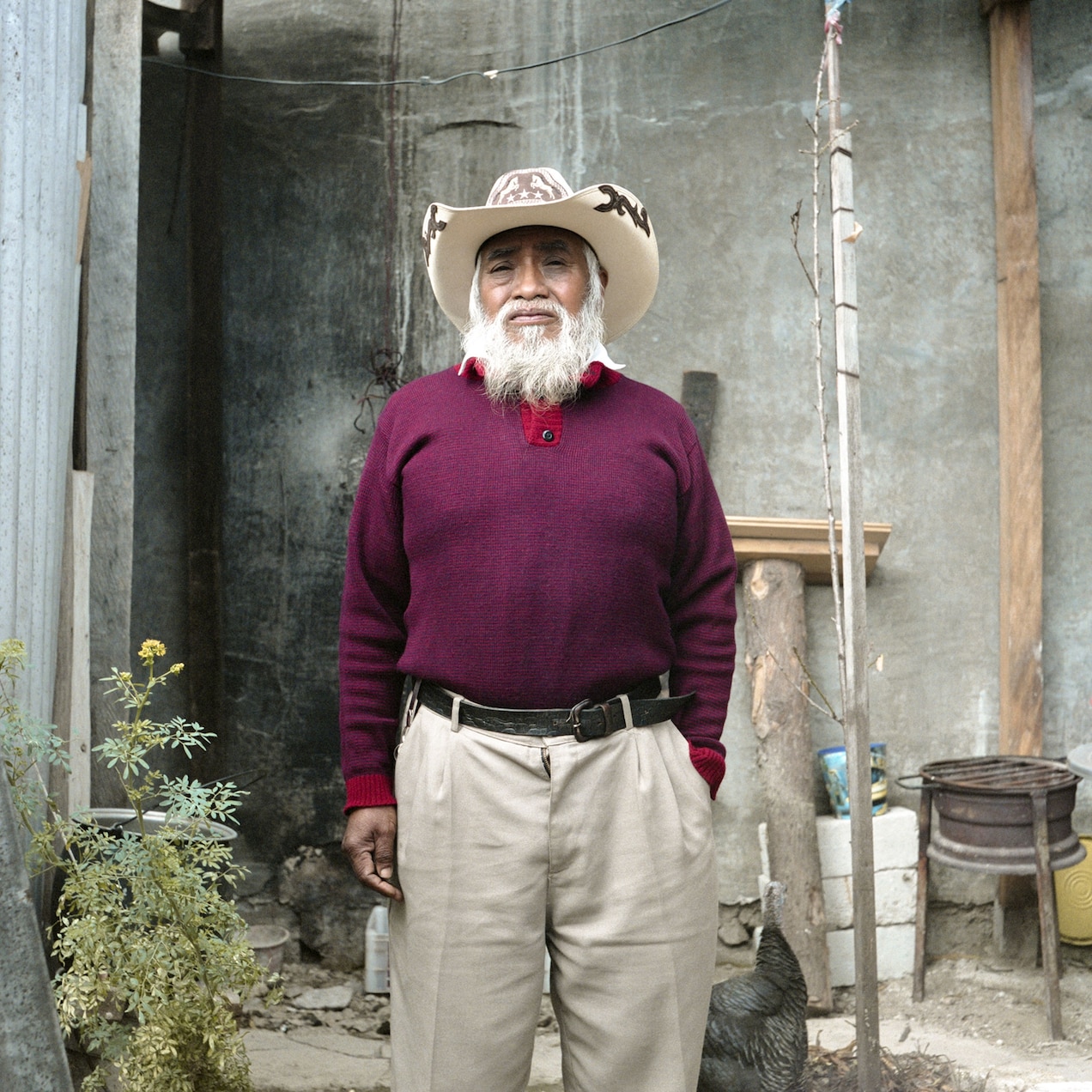 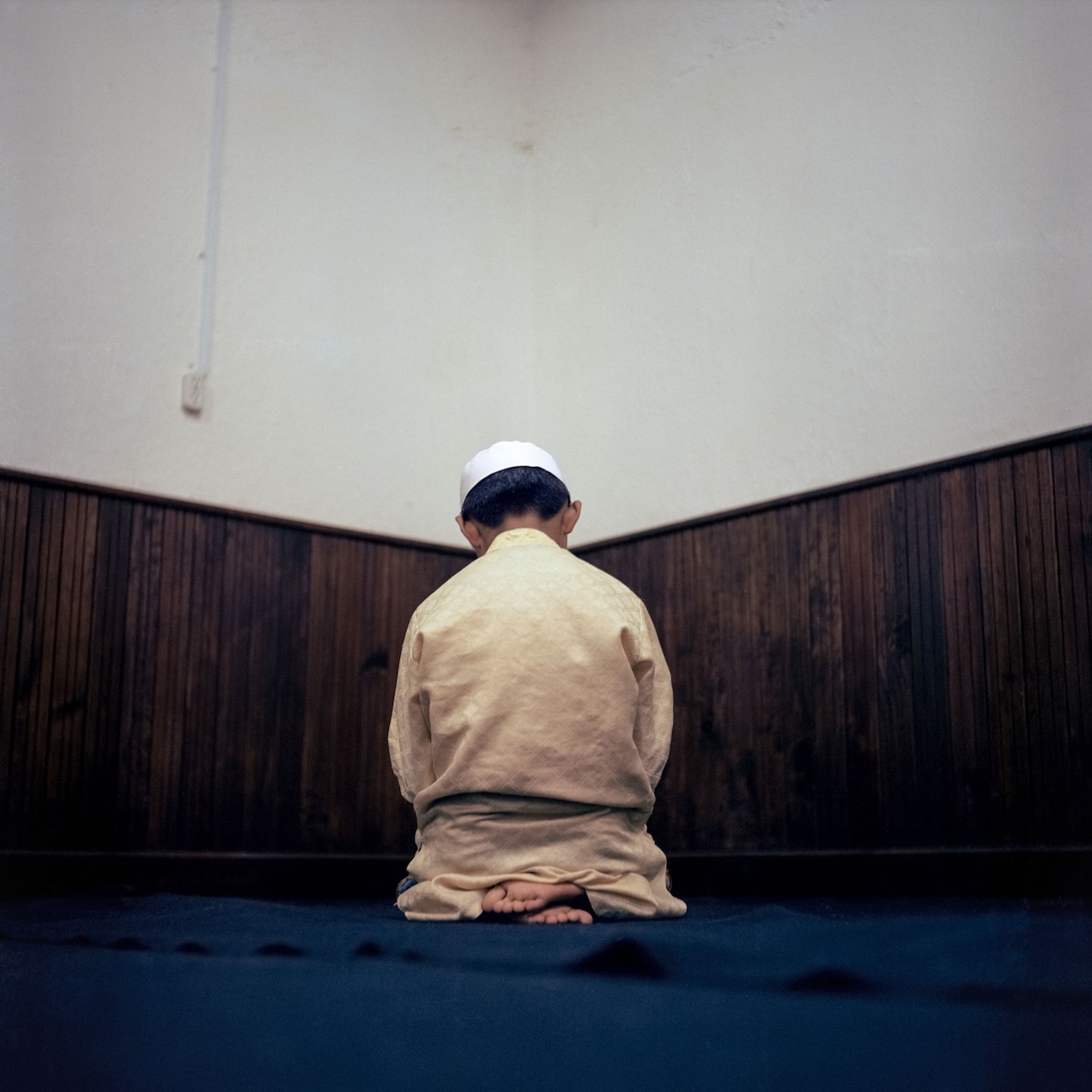 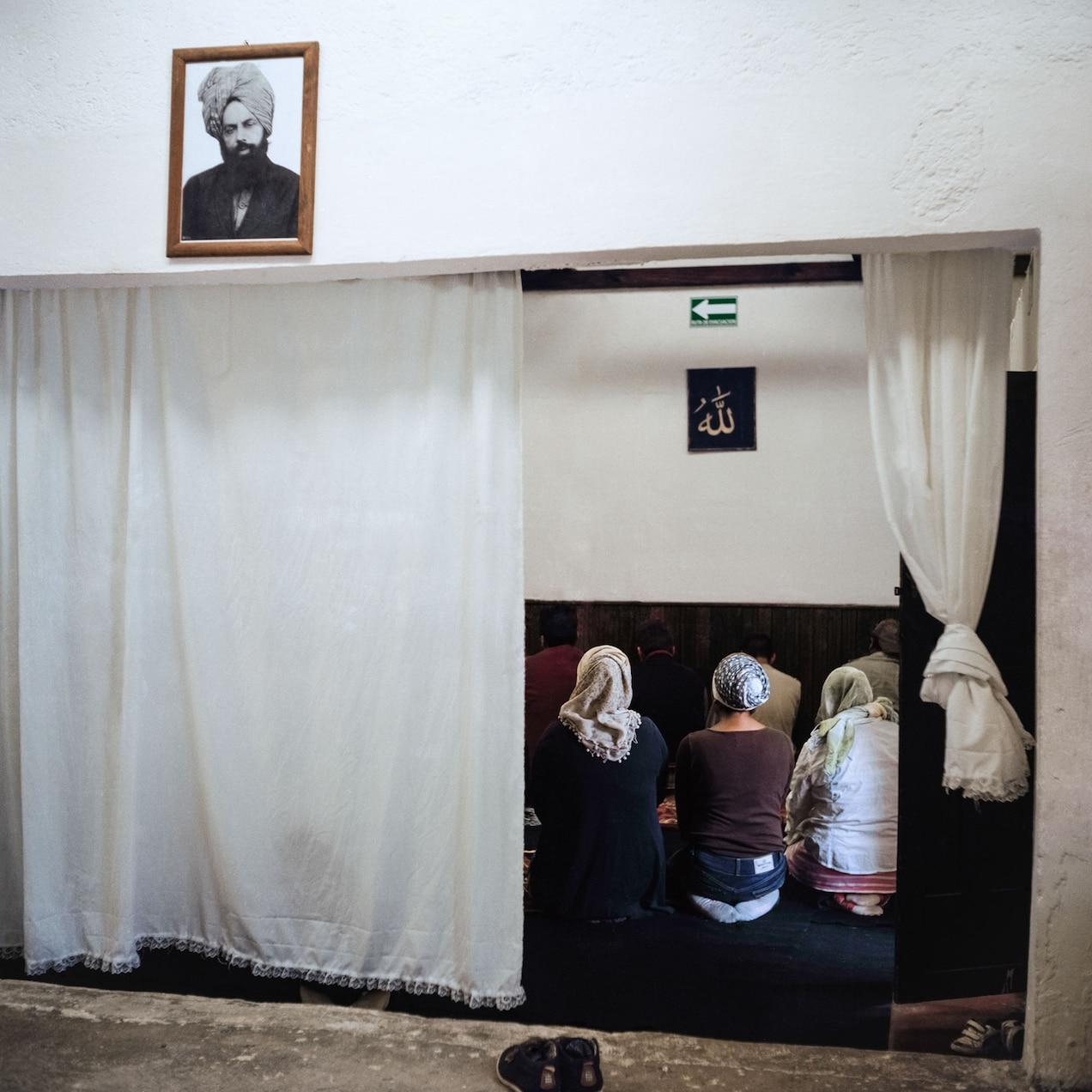 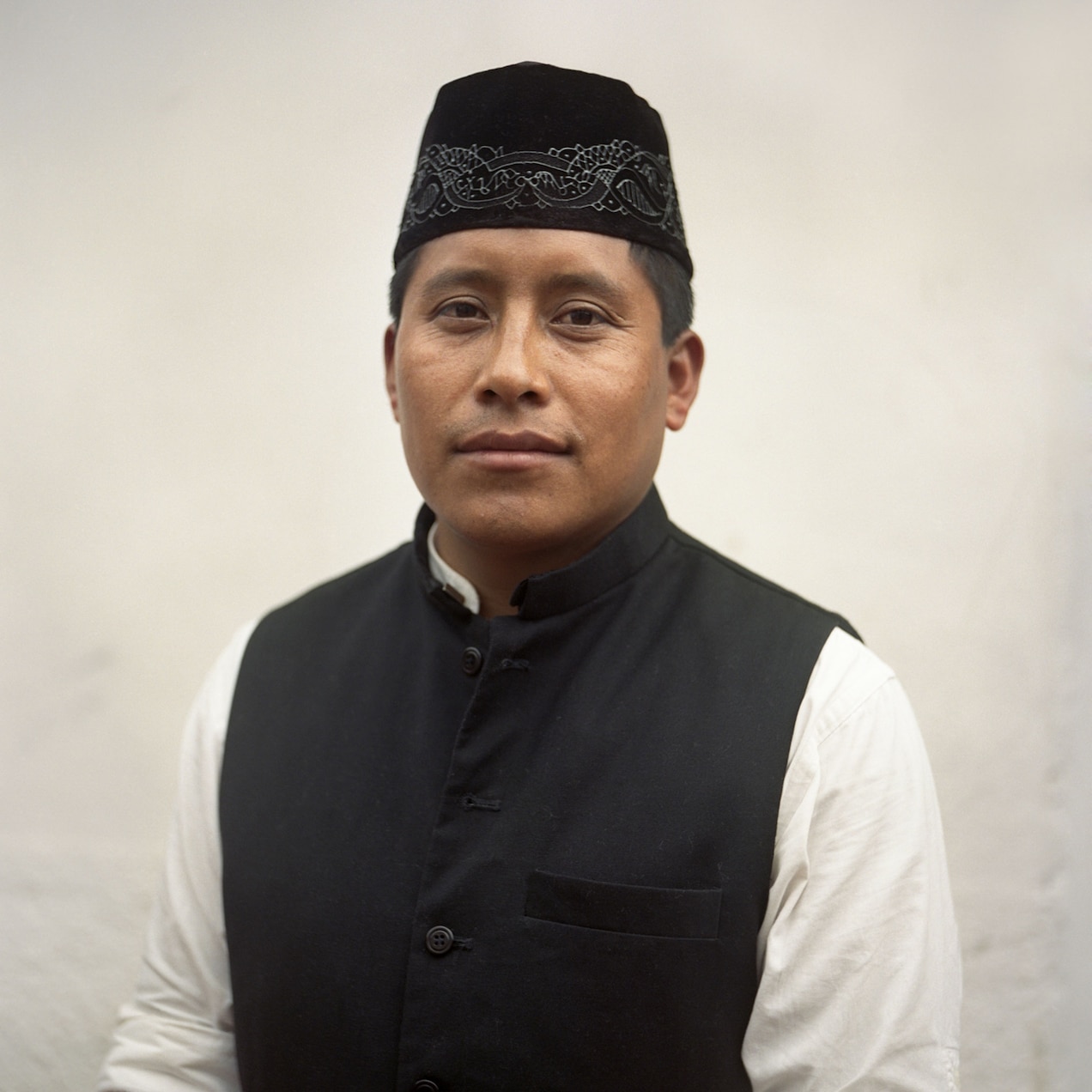 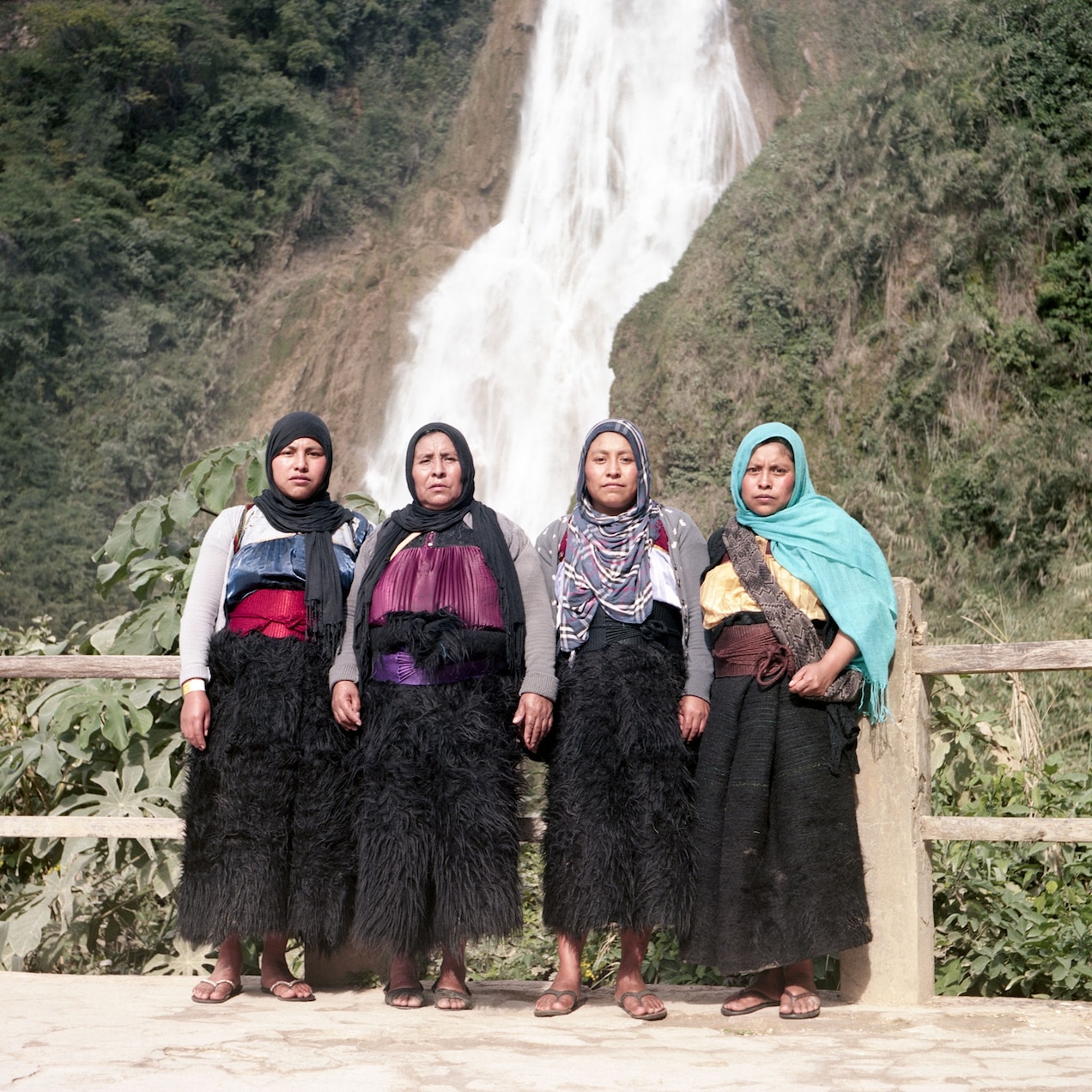 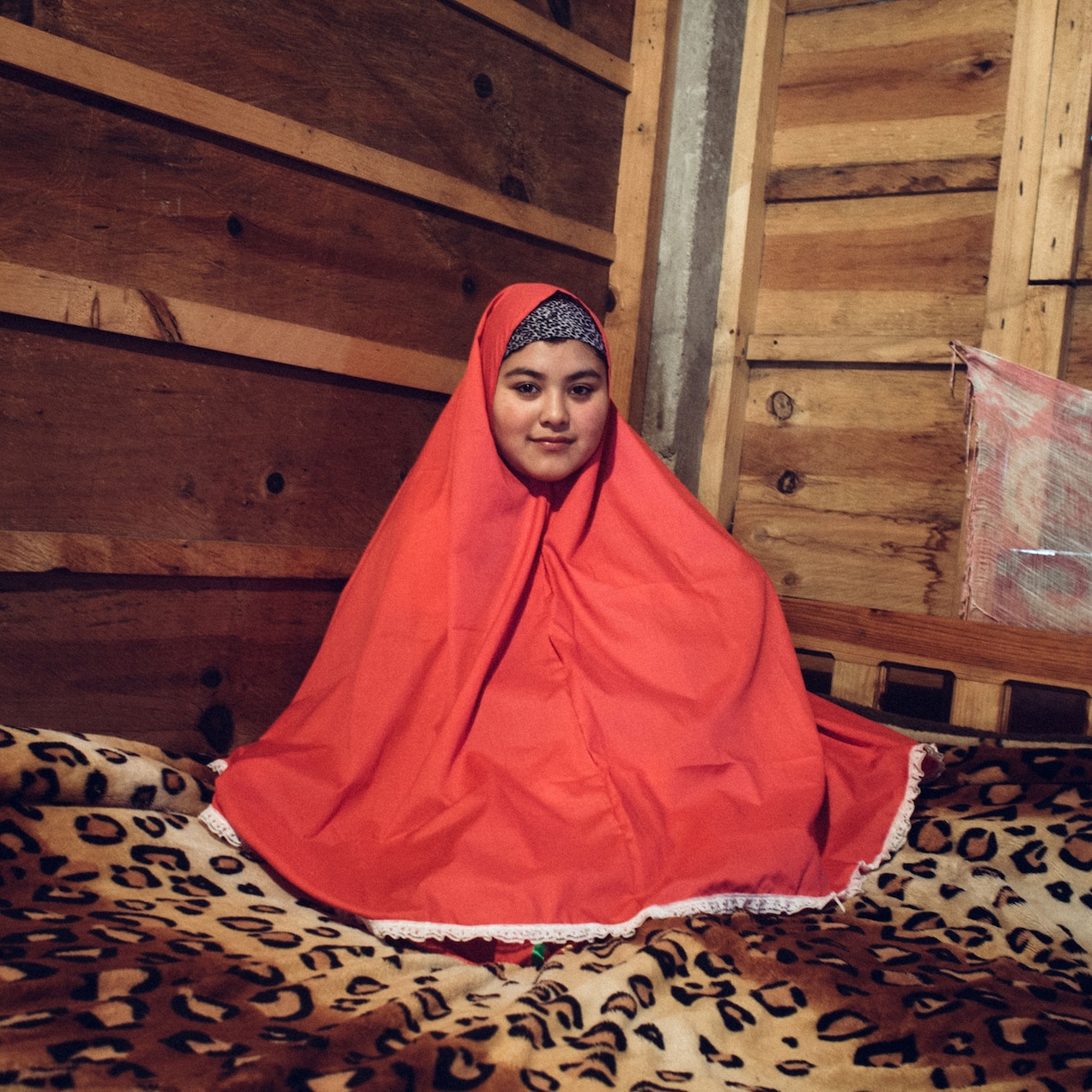 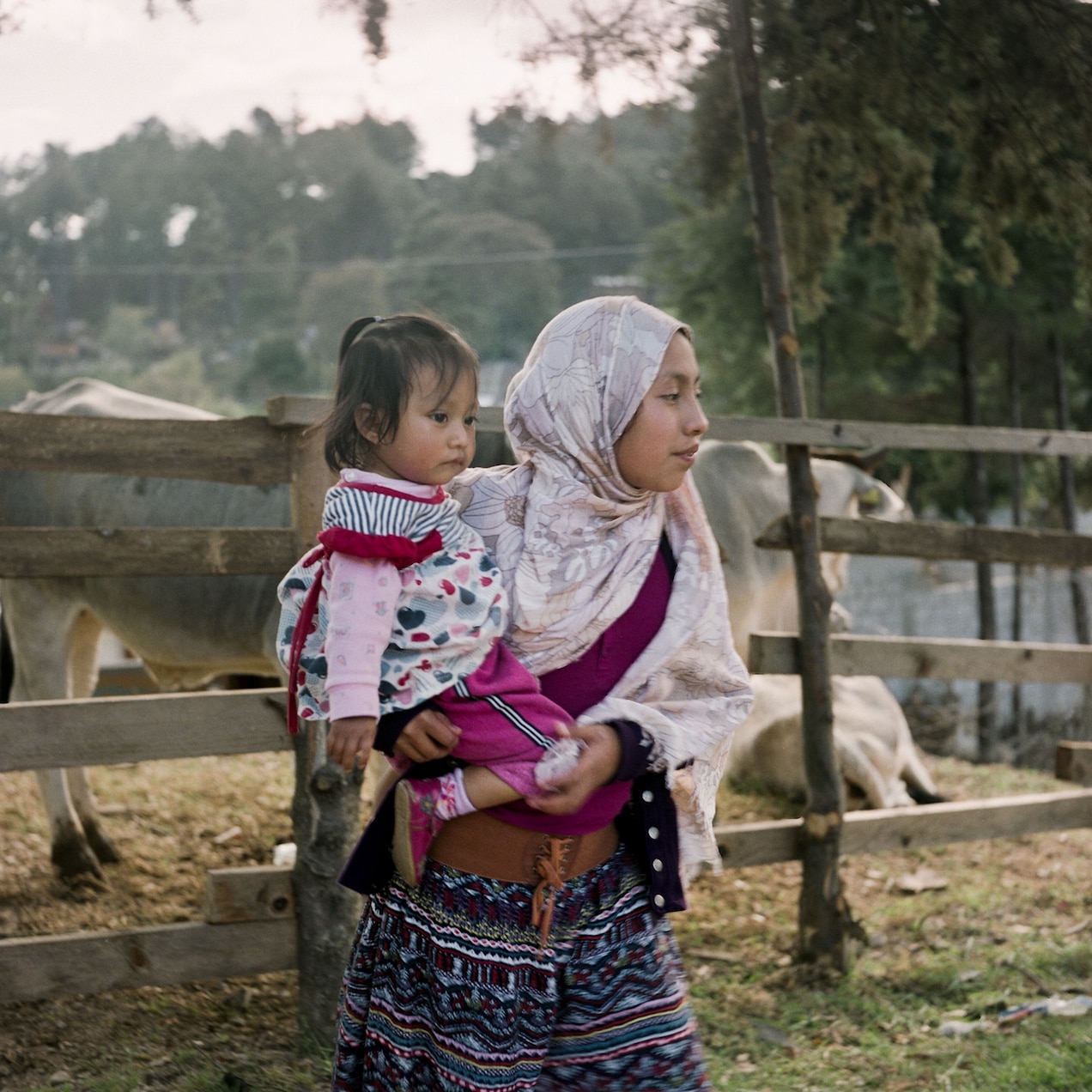 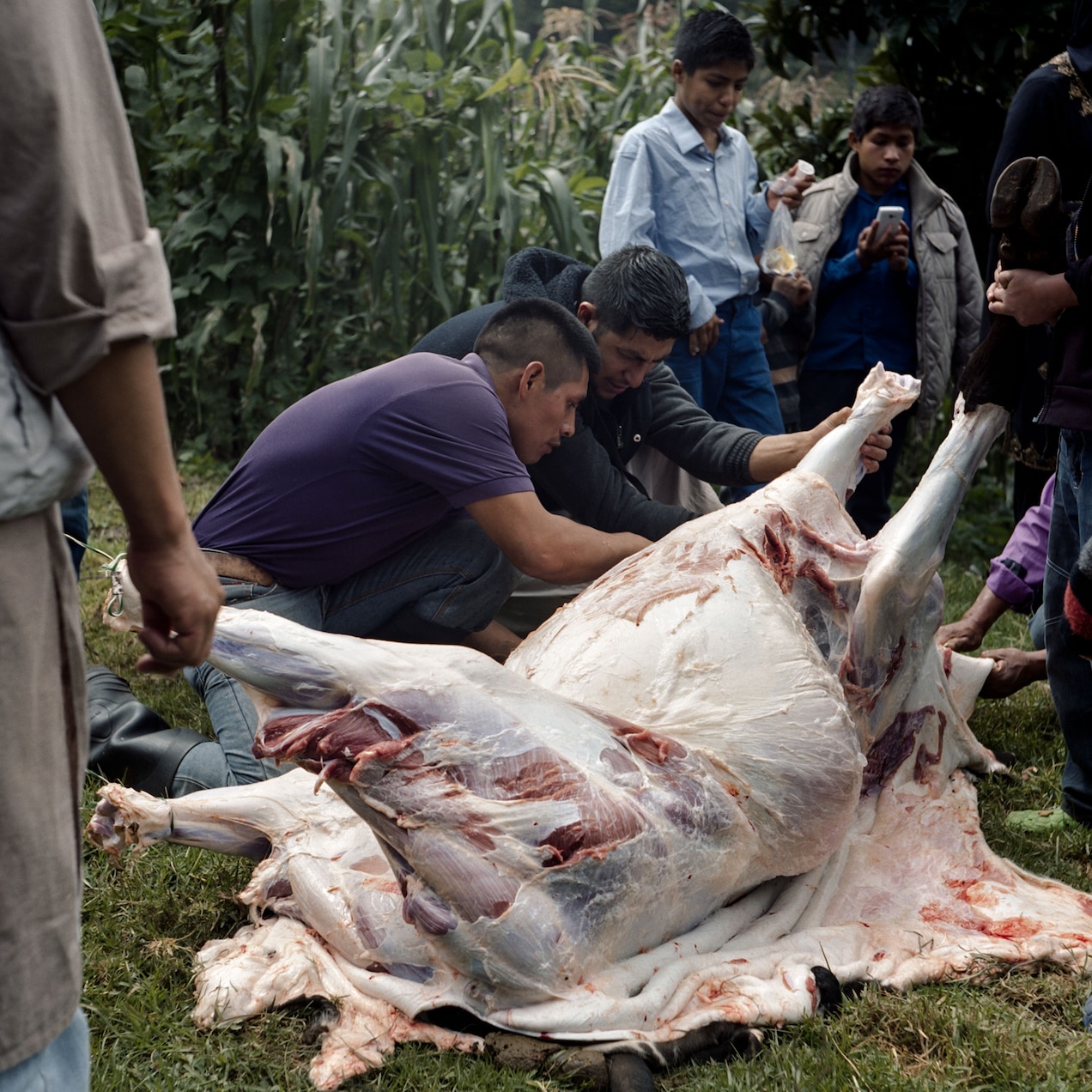 1 / 13
<p>A group of Sufi Muslims from Spain began building this mosque in the city of San Cristobal de las Casas to house the growing community in Chiapas.</p>

A group of Sufi Muslims from Spain began building this mosque in the city of San Cristobal de las Casas to house the growing community in Chiapas.

Islam came to Mexico in spurts over the past decades, with immigrants from Lebanan and Syria, and even a group of Spanish Sufi Muslims who came to convert members of the Zapatista revolutionaries in the ‘90s. It caught on quickly. The country now has around 5,270 Muslims—triple what it had 15 years ago, Iacolutti says. An Arabic teacher helps them read the Quran and a scholarship offers a chance to study at a medina in Yemen.

In Mexico, which is largely Catholic, Iacolutti found that having a belief system is more important than following a particular religion. She spoke to Catholic mothers who didn’t want their daughters to convert to Islam, but were pleased when the change inspired a more pious way of life. “In Mexico it’s better to convert to Islam than in Europe,” she says. “They don't think of terrorists.” 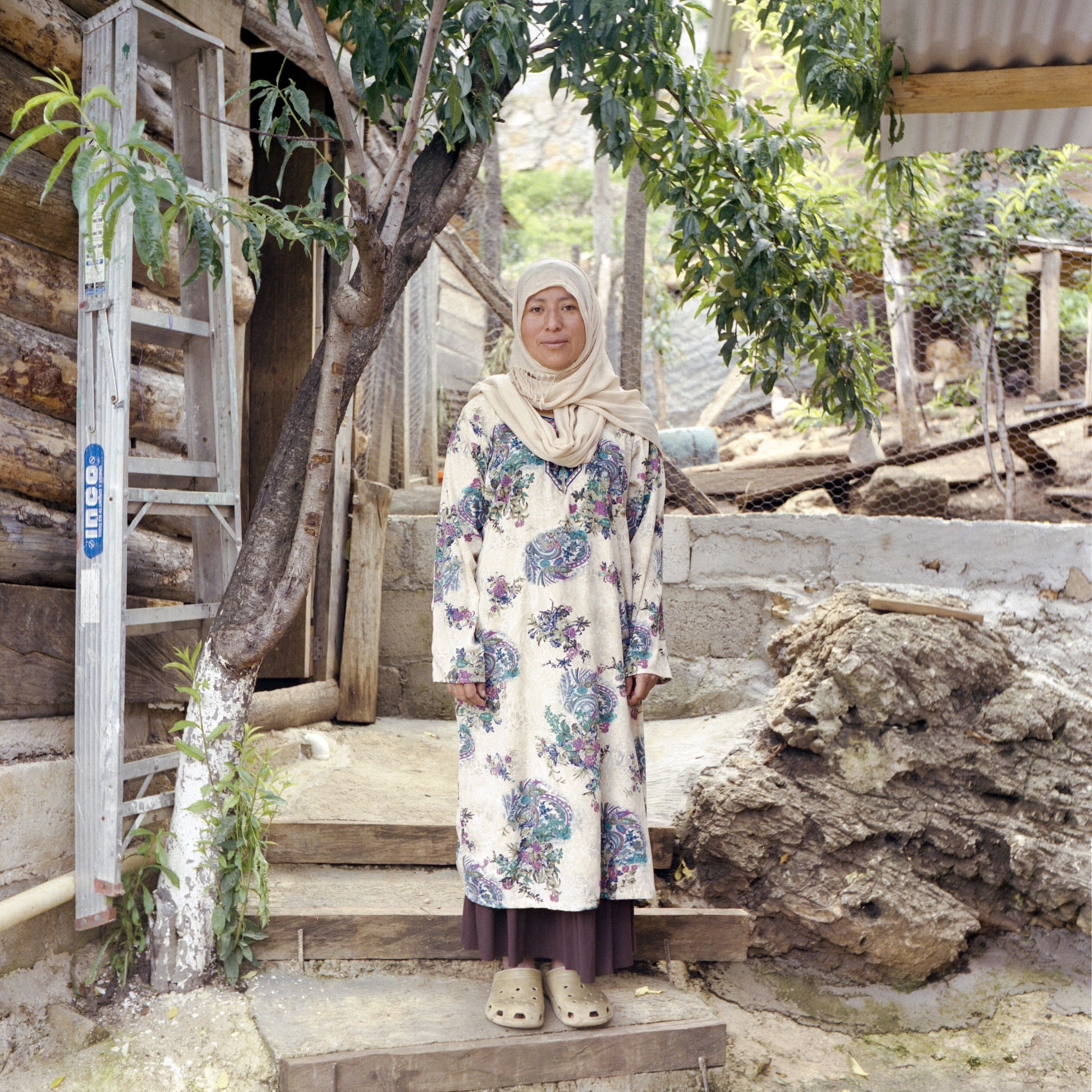 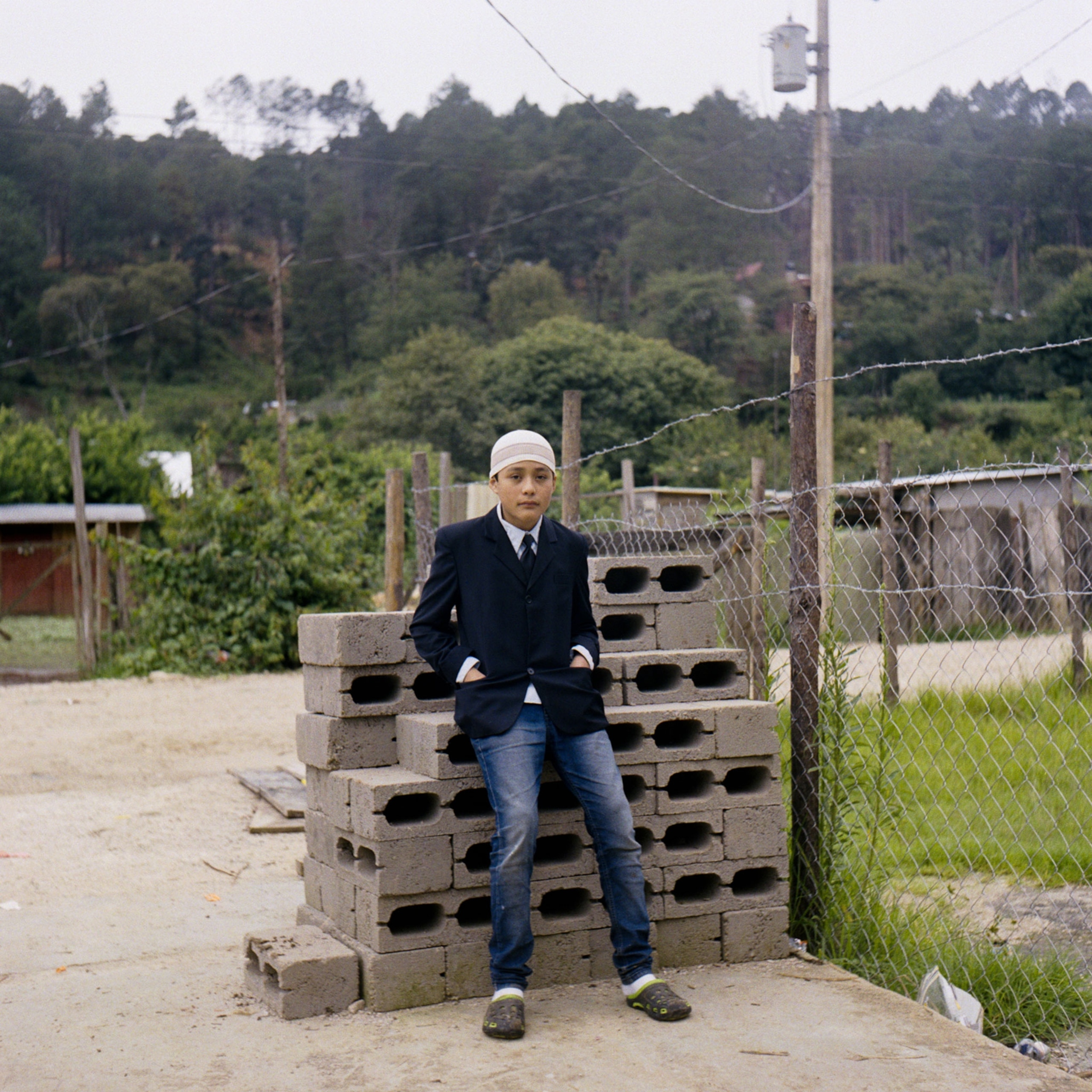 Left: Amina stands outside of her house in Molinos de Arcos.
Right: Thirteen-year-old Yalal has a brother who is studying in Yemen on a scholarship offered to the Muslim communities in Mexico.
PHOTOGRAPHS BY GIULIA IACOLUTTI

“They want to build identity,” Iacolutti says of the new Mexican Muslims. “What is pleasing about Islam is that it brings practical actions in daily life: You have to pray five times each day. You can’t eat pork and you can't drink alcohol.” (Read more about progressive Muslim women)

Converts are fueling the growth in Mexico City, while high birthrates and large families spur it on in rural regions.

After a year of living with the community, Iacolutti asked for an introduction to the imams who tended to a rural community of Muslims in the southern state of Chiapas. By merging their indigenous practices with Islam, these 400 converts lived much differently than their Mexico City counterparts.

For one, they tend to blend in easily, since many indigenous women wrap their heads in scarves. “I want to speak my language, I want to put on the indigenous dress, but I also want to believe in allah,” they told Iacolutti. 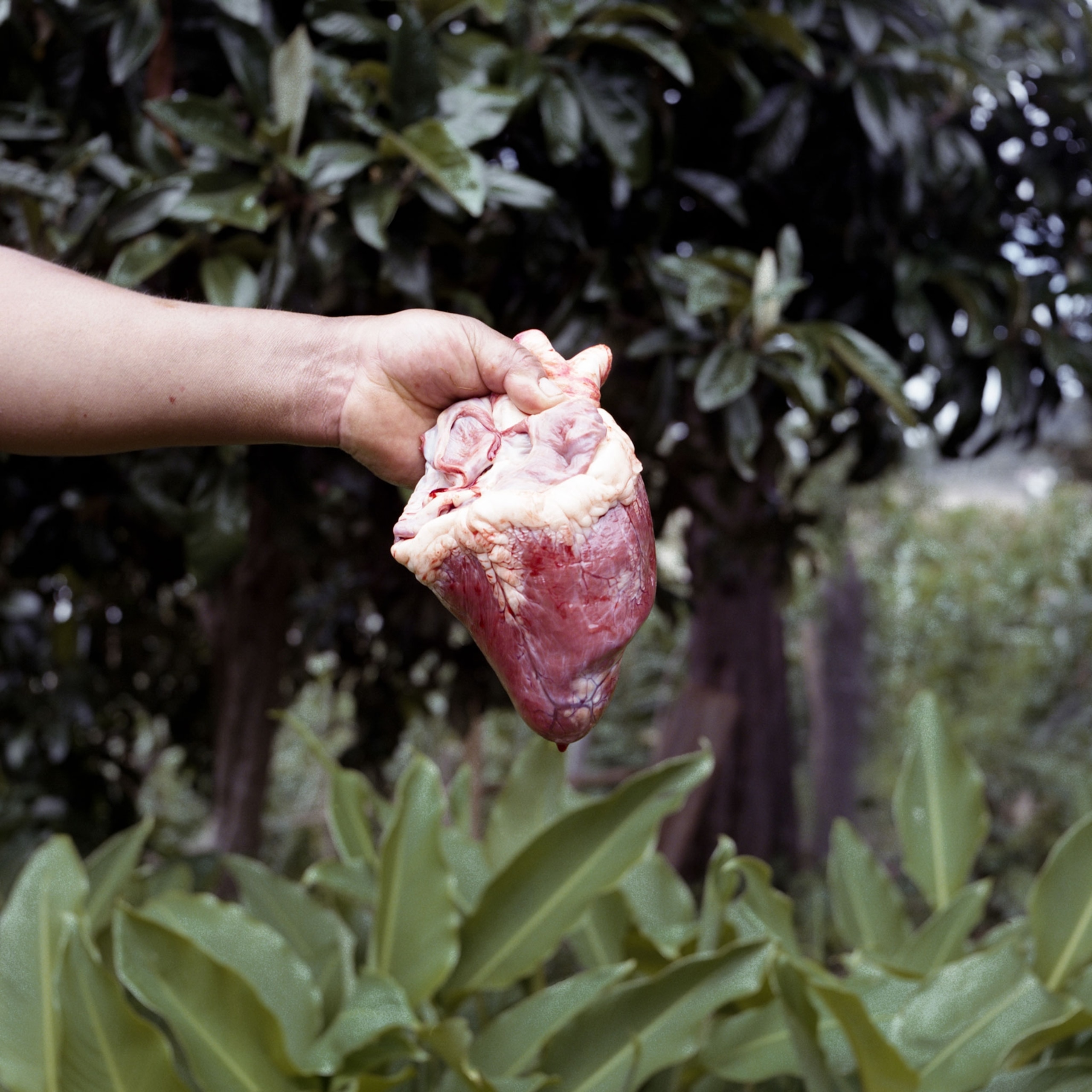 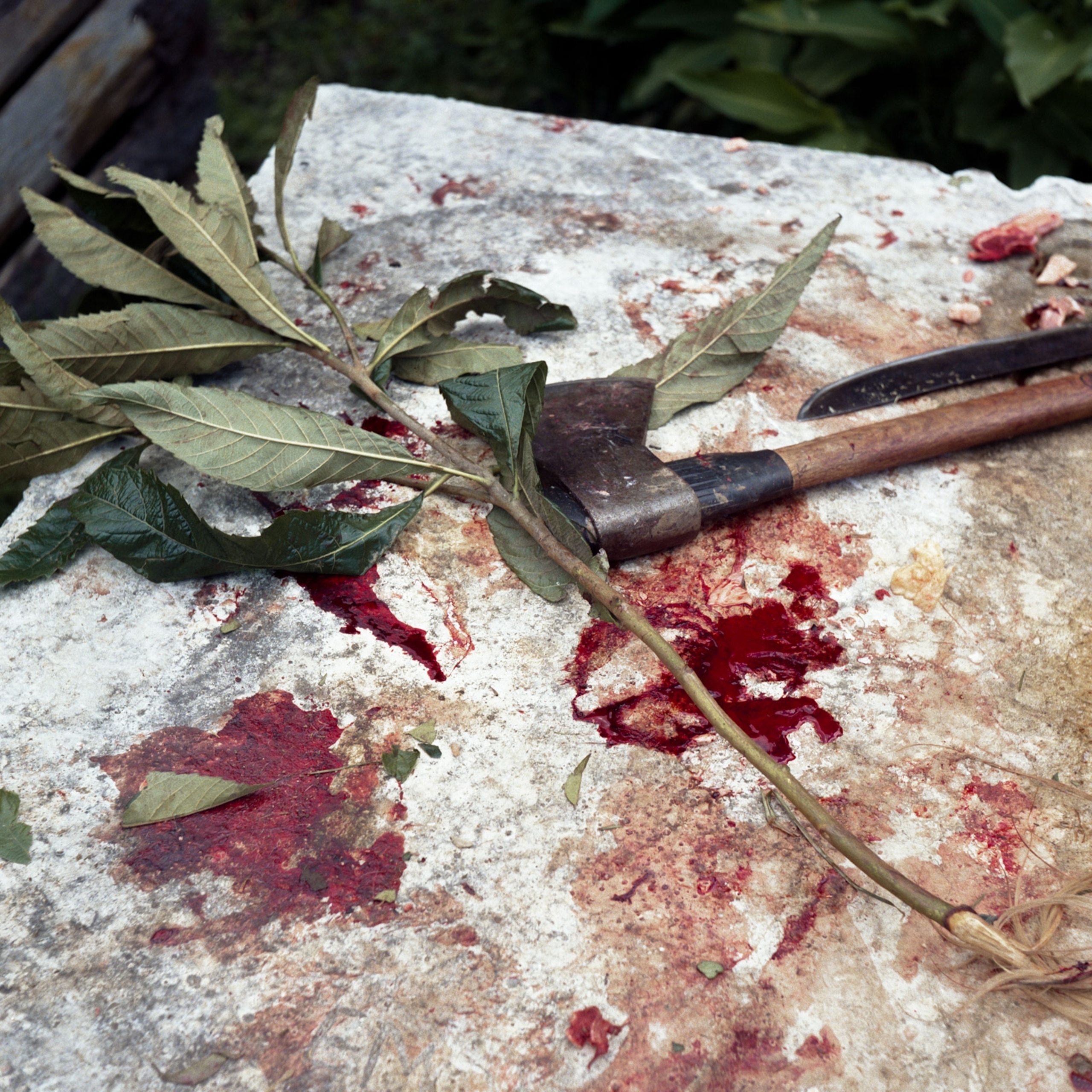 Left: Eid al-Adha, the "Sacrifice Feast," is the second of the two Muslim holidays celebrated worldwide every year. Tradition dictates they must sacrifice an animal, usually a goat or a cow, in the direction of Mecca.
Right: Long ago, ancient Mayans sacrified humans and extracted their hearts as an offering to the gods.
PHOTOGRAPHS BY GIULIA IACOLUTTI

But the remoteness makes it difficult to maintain important tenets of their religion. Chiapas is a poor state, and meat that has been butchered in accordance to Islam, called halal, is rare. During one holiday feast, Iacolutti watched as the community sacrificed two cows and immediately brought meat to their Christian neighbors. “One ideal of Islam is you have to help a person that is poorer than you,” she says. “It’s not important if you believe in another god—you are my neighbor and you can eat the same food.”

Iacolutti is an atheist, but she was never once asked to convert. In such a devout country, her subjects seemed unbothered by a nonbeliever in their midst. Once, in a conversation with a Muslim woman in Mexico City she felt a longing for the other’s faith. “I think you have a very rich life because you believe,” Iacolutti told her. “I don't believe. I see you and think you have a better life.”

The woman scolded her. “You take pictures,” she replied. “Your god is photography and beauty and information. You believe in this. I believe in allah.”

The name of Iacolutti's project, Jannah, symbolizes paradise in Arabic. Paradise in the Quran is described as filled with food, water, beautiful women, and riches.
PHOTOGRAPH BY GIULIA IACOLUTTI