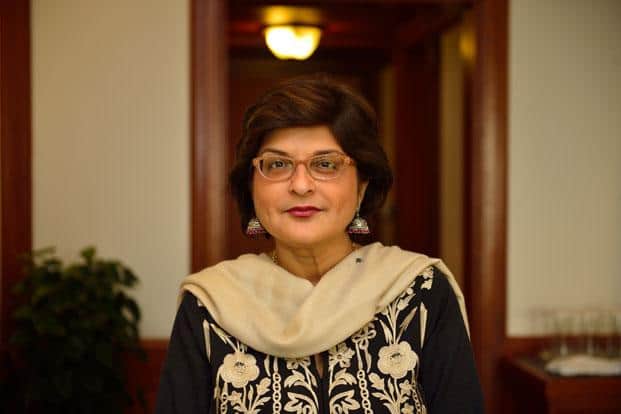 From 23% in 1947, Pakistan’s minorities today constitute a mere 3-4% of the population, says Farahnaz Ispahani, media advisor to the president of Pakistan from 2008 to 2012 in her book Purifying the Land of the Pure: Pakistan’s Religious Minorities.

She blames the successive Pakistan presidents and prime ministers for launching a slow genocide against minorities in the country to shore up their political base. She specifically blames Muhammad Zia-ul-Haq, the Pak army general who was the country’s 6th president, for creating a militant group to target Shias, Ahmadis, Hindus and Christians. Edited excerpts from an interview:

Could you tell us something about the title of your book Purifying the Land of the Pure: Pakistan’s Religious Minorities?

Pakistan itself means pure land. The reason I chose it is because I have traced in my book, using historical archives, how Pakistan which set out to be a secular albeit Muslims majority state, ended up becoming what it is today. When Pakistan was being formed in 1947, Pakistan’s population of non-Muslims was 23%, today we are somewhere between 3%-4%. So there has been a purification of minorities.

So my big question was where have they gone? What I have uncovered is quite devastating because it has not been one government or one man who has been culpable. It’s not only (former president) General Zia ul Haq. It has been from the time of Mr (Mohammed Ali) Jinnah, the Qaid-e-Azam of Pakistan, as he lay dying, already the political and bureaucratic wheels were moving towards a more Muslim state.

I am saying that for all religious minorities—Muslim and non-Muslim—there has been a purification. This is what I call drip drip genocide. Normally when people talk about genocide, they talk about Nazi Germany or they talk about Yugoslavia. In the case of Pakistan, this is slow genocide, this drip, drip, drip over 76 years.

You refer to the Jamaat-i-Islami (JI) founder and ideologue Maulana Abul Ala Maududi in your book. Was this purification the handiwork of politicians only or did religious leaders and scholars also have a role?

Maulana Maududi did not support the formation of Pakistan; he did not think it would be Muslim enough. Mr. Jinnah, as he was dying, talked at length about Pakistan’s minorities and said no matter what someone’s faith was would not matter in Pakistan. But after he died what happened was, most of the people who were in leadership positions in Pakistan, in the Muslim League like our first prime minister Liaquat Ali Khan, were not from Pakistan. So they did not have natural constituencies as politicians.

You have a man like Mr. Liaquat Ali Khan who himself was very secular in most ways. He becomes the man who brings about the resolution which went into every single constitution we ever had, which was very clear in that it said that Pakistan was a Muslim state. And that the Quran and Shariat and Sunnah (verbally transmitted teachings of the Prophet) are to be part and parcel of the state. It was the ugliest form of realpolitik.

What people like Liaquat and Chaudhury Mohammed Ali (fourth prime minister of Pakistan), etc., did was that they revived “Islam is in danger" as the glue to keep them in their positions. Mr. Maududi and his fellow clergymen therefore became of great value to the political leadership of Pakistan to justify their decisions, to keep them in power.

And as you go on, when you have the first proper martial law in Pakistan when General Ayub (Khan) takes over, you see the nexus of the military with the mullahs and politicians who were acceptable to the military.

You have talked of the links between politics, religion and the military. How did militancy come to be linked with this?

The first well-known and well-organised terrorist militia that we know about that dealt with religious minorities was created by Zia-ul-Haq. It was called the Sipah-e-Sahaba and its sole job was to harass Shias. So, that is the first group that we see that is armed and trained and reasonably openly by the (Pakistani) government of that time.

Some of these groups—not all—in some seasons cross borders and in some seasons there are at home purifying the land of the pure, whether it is blowing up Ahmadi places of worship or Christian worshippers at mass or Shia imambargahs.

So the state’s policy that goes back to the very beginning of mixing religion with politics and then religion, politics and the military together has resulted in a terrible situation not just from the point of view of Pakistan’s neighbours but for us Pakistanis as well. Over 60,000 Pakistanis have died due to attacks internally by terrorists.

Of all the politicians who have done their bit for the decimation of minorities, would you say that it was president Zia-ul-Haq who did the most damage?

Yes. Two things, he legalised Islamisation—whether it was bringing in the Hudood (ordinance in 1979 under which Sharia laws applied in cases of extramarital sex, theft and prohibition). From very little things like introducing prayer times in government buildings to very, very, very harsh laws of blasphemy. The other thing would be the birth of these jihadi groups in a very, very big way.

He attempted to alter our culture—Pakistani diplomats’s wives could no longer wear saris—they were considered Hindu and un-Islamic. You could no longer say Khuda Hafiz; you had to say Allah Hafiz.

These small things have now percolated down and they have shaped an entire culture. So that’s what he did, the small things changing the way people thought, the laws which were then impossible to get around and then the Jihadi groups.

How can this state of affairs be changed?

It has to be through political leadership, even though we saw in (Punjab governor) Salman (Taseer)’s case that in spite of everything when (his security guard) Mumtaz Qadri pumped his body full (in 2011) of bullets the other people stood there and watched. Later Qadri was garlanded and the judge who found him (Qadri) guilty, we had to send the judge and his entire family out of Pakistan. I was in government then. He’s never come back.

This book is like a death sentence for me. Civil society at that time had no leadership. And the reaction was don’t even talk about it. Don’t even mention Asiya Bibi (Pakistani Christian found guilty of blasphemy and sentenced to death. Taseer opposed her punishment). Look at Salman, he was so foolish. There was no one willing to bury him. I had to find somebody, beg someone to read his last rites. And then, I had to get that person and their family out of Lahore.

So is this the worst for Pakistan and therefore can one say that change can only make things better?

I could never say something like that because its impossible to be so categorical. Pakistan is a functional state still and there is a lot of room for change. I hope things turn around. But I think a big part of it is that jihadi groups have to be dealt with. They can no longer be good jihadi groups and bad jihadi groups. There should be no jihadi groups. Countries can have militaries and countries can have diplomacy. Unless we move past this kind of a situation, the world is losing patience.

Any point when this could be changed?

From the very start. Mr. Jinnah was still alive and they have the temerity to block his speech from the radio. That entire speech was about how important Pakistan’s religious minorities were and how absolutely vital it was for pluralism and to have a successful state for all citizens to have a place. Once you end up introducing a religious law it is almost impossible to amend it or to change it because they are seen as protecting Islam and feelings of Muslims.

In the book, I break this down into four stages – and I call stage one Muslimisation. This comes about between 1945 and 1951. There is a massive decline in Hindu and Sikh populations and therefore Pakistan became more Muslim demographically.

Stage two is Islamic identity. This is where you see from 1958 onwards state-sponsored text books reject pluralism, paint religious minorities very negative, highlight and glorify Islamic history with no South Asian basis. So an attempt was made to forge a Pakistani identity purely on the basis of Islam.

The third stage is Islamisation. This is where legislation in an attempt to make the country’s laws more Islamic resulted in creating a legal framework against the minorities. It started in 1974 and continues up to 1988. This was all done in General Zia’s time.

Stage four is militant hostility towards the minorities, which is the stage at which we are and we have terrorism and organised violence.

Tags: -, Farahnaz, Ispahani, Pakistan, by, genocide, in, minorities, of, slow