Like the streets of Tavira, the full extent of Portugal’s Muslim heritage has long been forgotten or ignored.

Much of Portugal lived under Islamic rule for over 500 years from the early 8th century, when North African invaders overturned the Germanic kingdoms that had held sway over the Iberian Peninsula since the fall of the Roman Empire. 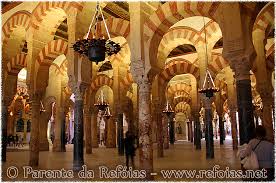 The Portuguese reconquista gradually forced the Arabs south, driving them from their last strongholds along the Algarve coast in 1249. In the neighboring Spanish region of Andalusia, the Emirate of Granada would hold out for another 250 years.

While seven centuries of Arab rule in Andalusia produced architectural treasures like the Giralda in Seville, Córdoba’s Great Mosque and the Alhambra palace in Granada, the Islamic period in Portugal left few major monuments. The Andalusian cities developed as major centers of Islamic culture to rival Damascus or Marrakesh, but Portugal was always on the outer edge of the Muslim world and its frontier rulers invested little in grandiose construction.

But in recent years there’s been a renewal of interest in Portugal's Arab legacy.

Next year, Tavira will open a much larger museum of Arab culture and the nearby city of Silves - capital of the medieval Muslim kingdom of the Algarve in southern Portugal - has hosted a Center for Portuguese-Arab Studies since 2004.

More generally, there’s been a move by Portuguese scholars and public authorities to re-assess the influence of Arab rule. 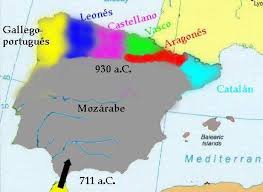 “In the old days, the ideology clearly was that the Moors were the enemy,” Nina Clara Tiesler of the University of Lisbon’s Institute of Social Sciences said in a reference to the nationalist dictatorship that ruled Portugal until 1974.

“You still see something of that today. In school books the Moors are still the enemy, the other … but among the elite there has been a re-evaluation of this legacy. Since the late 1990s they’ve tried to show the Islamic heritage as something positive.”

The country’s best-know example of Islamic architecture is in the small, southeastern town of Mértola where the slender columns and outline of a mihrab in the parish church recalls that the delicate white building was once a mosque.

Although the physical remains are few, the intangible influence of those centuries of Moorish rule in Portugal is immense.

The Portuguese language is peppered with words of Arabic origin, often those relating to food, farming and manual work. One commonly used is oxalá - a direct descendent of insha’Allah, the term meaning “God willing.”

“If by magic it was possible to wipe out all the remnants of the Arab legacy from today’s Portugal, our ethnic, cultural, physical and human landscape would be completely different,” writes Adalberto Alves, the country’s best-known expert in the field.

“We might be blond instead of dark, we’d stop speaking the Arabized-Latin that we call Portuguese and we’d loose over a thousand words from our dictionaries. So many of our villages and towns would no longer exist or have to change their names. We wouldn’t know how to name the things we grow and eat. What would we call Jasmin, oranges, dates and pomegranates?”

In his book “Portugal: Echoes of an Arab Past,” Alves goes on to list the areas where his country has been marked by that past: from poetry to pastries; carpet weaving and guitar music; from the minaret-shaped chimneys that still adorn southern homes to the navigational sciences that allowed Portuguese ships to expand the boundaries of the known world and the irrigation systems used to cultivate the Algarve’s olive, fig and almond plantations.

These days, there is much talk in Portugal about a new Islamic presence. The Lisbon Islamic Community estimates there are 40,000 Muslims living in the mainly Roman Catholic nation of 11 million. 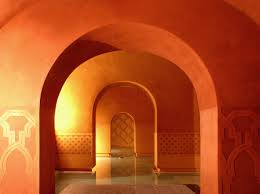 Many are Portuguese citizens of Indian origin who moved to Lisbon from Mozambique when the southern African nation became independent from Portuguese rule in 1975. Among the others are economic migrants from the former Portuguese West African colony of Guinea Bissau as well as newer arrivals from Pakistan, Bangladesh and Morocco.

Community leaders complain that their religion is often misunderstood and marginalized, particularly since the 9/11 attacks on the United States. There was much consternation when the Cardinal of Lisbon Dom José Policarpo last year warned Portuguese girls to “think twice about marrying a Muslim” to avoid running into a “heap of trouble.”

However Tiesler, the Lisbon-based sociologist, says the fact that so many of the country’s Muslims are well integrated, middle class, native-Portuguese speakers means Portugal has avoided the tensions seen in European nations with a large influx of workers from Islamic nations.

“It’s not the clash you see in other European countries where you had guest workers,” she said in a telephone interview. “The majority are Portuguese, they are not foreigners."