Usama Hasan is now apparently working for Quilliam.  Something I didn't know about this "progressive imam" is that 30 years ago he was part of the Afghan mujahideen.

Whilst a Cambridge undergraduate, he briefly took part (1990-1) in the Jihad against Communist forces in Afghanistan.   However following the 7/7 bombings, Usama took it upon himself to start campaigning for religious reform within Muslim circles.

Maybe he's mellowed with age. Maybe he was transformed by the 7/7 bombings. But it sounds like he was a salafist and jihadi in Britain between 1992 and 2008.  I wonder how it is that the 7/7 bombing could have changed his attitude to things like women's rights in islam, science, etc.  I can see how he might claim that such terrorist attacks were not jihad (given various conditions in Britain).

Of course, you can trust iEngage to take the line of communist Bob Pitt.

You'd think even an old ideological dinosaur like Bob Pitt would think that Usama Hasan would now what he was talking about vis a vis terrorism. 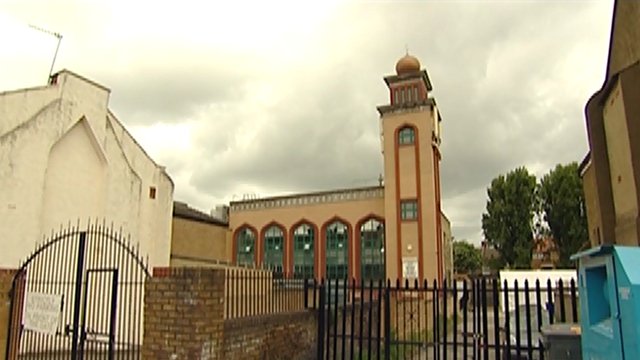 In a letter seen by BBC London, the commission says it is beginning a statutory inquiry into the Masjid-al-Tawhid mosque in Leyton

An east London mosque is being investigated by the Charity Commission over potential links to terrorist and extremist groups.

In a letter seen by BBC London, the commission says it is beginning a statutory inquiry into the Masjid-al-Tawhid mosque in Leyton.

It comes as liberal Imam Dr Usama Hasan resigned from the mosque following death threats for teaching about evolution and women's rights.

In the letter, the Charity Commission states the investigation will look at whether the Masjid-al-Tawhid Trust "allowed individuals with potential links to terrorist organisations to use the charity to promote and/or express extremist views; and/or the trustees have taken appropriate steps to safeguard the reputation of the charity."

The commission said it would not comment on an ongoing investigation but it is understood the inquiry is the result of a number of complaints about the mosque.

BBC London has previously reported on the abuse received by Dr Hasan, who served as an Imam there for more than 25 years.

Some fundamental Muslims have been calling for his resignation for years because of his teachings about Islam being compatible with evolution and a woman's right not to wear a hijab.

Dr Hasan said after bringing in an arbiter to settle the dispute, he reached an agreement with the mosque that he would resign on the condition two other trustees also did.

Part of the agreement means he cannot speak to the media in a negative context about the mosque.

"Unfortunately they are serious allegations because some individuals with extremist and terrorist views slipped into the mosque over the years and preached there.

"For the mosque to be closed down or withdrawn from the charity would be an absolute disaster."

He alleges that in 1998, supporters of radical cleric Abu Qatada organised for him to visit and hold a study session at the mosque.

He also claims that in 2003 radical Islamist cleric Anwar al-Awlaki, a key al-Qaeda leader who was killed in Yemen last year, spoke several times at Masjid-al-Tawhid.

BBC London has repeatedly asked the Masjid-al-Tawhid mosque to comment but it has not done so.

I'm all for encouraging muslims to reform islam. But hes on about developing the sharia? in what way. In away that gets him killed, or in a way that is more paletable to the west untill islam gets into a stronger postion and can then develope further.

Everyone at quilliam seems to have come from radical back grounds. its a nice little club of ex terrorist so to say.

the world’s first counter-extremism organisation, dedicated to promoting civic interventions in the fields of extremism, integration, citizenship, identity and disenfranchisement

I suppose that sentence Helps everyone understand what they stand for????

Is Usama now going to help police with their enquiries, and give them full disclosure of his activitys within the mosque. And is he going to give the names of those that could have been radicalised while he was there. Possibly by him.

Am i being too cynical.

BBC london has been unable to get a comment from them. So lets just leave it at that shall we? And there's certainly no need for the othe media outlets to get involved and make a big fuss. After all, we wouldn't want to risk stirring up any Islamophobia would we?

I'm also curious to know at what stage Usama Hasan became an imam at the mosque in Leytonstone.  Since he was one of the founding advisors of Quilliam in 2008, and since the Leytonstone mosque was already on the radar in 2008 as a hotbed of extremism, did he manage to get himself levered into position to moderate it?  And was him being ousted recently just a case of the extremists taking it back from him?  It seems to have freed him up to become a more prominent member of Quilliam.  We could yet see the "moderate" imam of Finsbury Park being ousted, if my suppositions are correct.

Yes Joe.  Where are the people in authority joining the dots like that?  There aren't any.  They sit in their ivory towers / armoured MI5 buildings, and only ever look at the effects, never the underlying causes.