Children should be allowed to get bored, expert says - from BBC

Children should be allowed to get bored, expert says 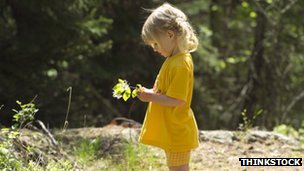 Children should be allowed to get bored so they can develop their innate ability to be creative, an education expert says.

She quizzed author Meera Syal and artist Grayson Perry about how boredom had aided their creativity as children.

Syal said boredom made her write, while Perry said it was a "creative state".

The senior researcher at the University of East Anglia's School of Education and Lifelong Learning interviewed a number of authors, artists and scientists in her exploration of the effects of boredom.

She heard Syal's memories of the small mining village, with few distractions, where she grew up.

Dr Belton said: "Lack of things to do spurred her to talk to people she would not otherwise have engaged with and to try activities she would not, under other circumstances, have experienced, such as talking to elderly neighbours and learning to bake cakes.

"Boredom is often associated with solitude and Syal spent hours of her early life staring out of the window across fields and woods, watching the changing weather and seasons.

"But importantly boredom made her write. She kept a diary from a young age, filling it with observations, short stories, poems, and diatribe. And she attributes these early beginnings to becoming a writer late in life."

The comedienne turned writer said: "Enforced solitude alone with a blank page is a wonderful spur."

While Perry said boredom was also beneficial for adults: "As I get older, I appreciate reflection and boredom. Boredom is a very creative state."

And neuroscientist and expert on brain deterioration Prof Susan Greenfield, who also spoke to the academic, recalled a childhood in a family with little money and no siblings until she was 13.

"She happily entertained herself with making up stories, drawing pictures of her stories and going to the library."

Dr Belton, who is an expert in the impact of emotions on behaviour and learning, said boredom could be an "uncomfortable feeling" and that society had "developed an expectation of being constantly occupied and constantly stimulated".

But she warned that being creative "involves being able to develop internal stimulus".

"Nature abhors a vacuum and we try to fill it," she said. "Some young people who do not have the interior resources or the responses to deal with that boredom creatively then sometimes end up smashing up bus shelters or taking cars out for a joyride."

The academic, who has previously studied the impact of television and videos on children's writing, said: "When children have nothing to do now, they immediately switch on the TV, the computer, the phone or some kind of screen. The time they spend on these things has increased.

"But children need to have stand-and-stare time, time imagining and pursuing their own thinking processes or assimilating their experiences through play or just observing the world around them."

It is this sort of thing that stimulates the imagination, she said, while the screen "tends to short circuit that process and the development of creative capacity".

"It's very freeing being creative for no other reason other than you freewheel and fill time."

Dr Belton concluded: "For the sake of creativity perhaps we need to slow down and stay offline from time to time.

I put this here because many of us have already discussed it, and how when we were children, we had far more time to think things out and work out who we are.