The financial case for Brexit

Brexit could be a celebration for the City, not its funeral 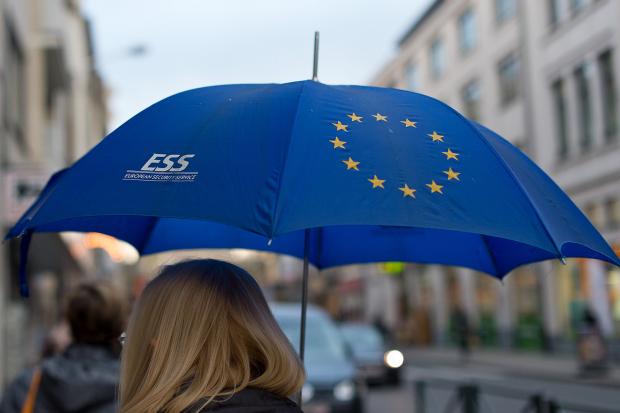 For 53 years, I have been a proud observer and tiny contributor to the evolution of the City of London.

The capital has grown in stature to become the world’s leading financial centre. It started with a wave of initial public offerings in the Sixties, then the Eurodollar market in the Seventies, the abolition of exchange controls in 1980, Big Bang and the rise of fund management in the late Eighties and culminated in derivative trading and the expansion of hedge funds in the Nineties.

Yes, London, as a financial centre, temporarily fell from grace in 2008-09 as a result of the banking crisis. But the capital’s economy still contributes around 21.9% of the UK’s Gross Value Added (a measure of the value of goods and services), and the City contributes about 4% of GDP.

If the UK were to leave the EU, do the Treasury, the Bank of England and a few influential banks such as JPMorgan and Goldman Sachs really think the rest of the financial sector will follow these banks up the aircrafts’ gangways and head for Paris or Frankfurt? Some misguided banks may well do, but their absence from London will be temporary.

London is at the centre of the time zone and English the international trading language. London is also the legal and accounting centre of the world. The infrastructure here to raise capital and finance foreign trade is tried and tested and people from international backgrounds love working here. There are more than 300,000 French people alone working across London.

Without wishing to cause offence, by comparison, Frankfurt and Paris are financial villages. To build the necessary infrastructure and outsourcing support, would be a 20-year project. One must respect HM Treasury mandarins’ intellect and Bank Governor Mark Carney’s veiled endorsement, but the validity of the former’s forecasts, 14 years in advance, must be called into question. All we hear from the Remain campaign is doom and gloom — no talk of the long-term benefits of being part of that club; just “we cannot afford to be out”. In the event of Brexit, Article 50 — relating to trade agreements — won’t come into play for two years. Nothing will change enabling the UK to negotiate mutually agreeable trade deals across the world.

The EU has been in economic decline for the best part of 15 years. The EU dream has turned into a nightmare. Why would international banks want to leave London and head to the mainland when the EU’s banking sector is hanging in rags, with the sector conceivably requiring a capital injection of €300 billion (£233 billion)? Unshackled from Banking Commissioner Michel Barnier’s labyrinth of EU regulation — some of it irrelevant and guided by quality regulation from the Bank of England, the Prudential Regulation Authority under its  skilful chief executive Sam Woods and the Financial Conduct Authority under the excellent Andrew Bailey — the City will be able to increase its international presence.

Brexit should be a celebration for the City, not a funeral — the start of a brave new world.

David Buik is a market commentator at Panmure Gordon