When the Ariana Grande concert was attacked, did any of us ever think that would become a formal 4F category?  Yet here we are.

Terrorists are attracted to soft targets.

And for most Muslims, e.g. Not yusif Islam, cat stevens, music is haram.

A NEWLY qualified nurse took her own life seven weeks after treating child victims of the Manchester Arena bomb attack, an inquest heard.

Clara Malagon was on duty on the night of the atrocity and witnessed the horrific injuries inflicted in the blast.

Twenty-two people were killed when Salman Abedi detonated a suicide device at the end of an Ariana Grande concert on May 22, 2017.

Her father, Dr Ignacio Malagon, wept as he told the inquest: ‘It was traumatic for her. I rang and said, “Are you OK?” She said, “Yeah dad, it’s really tough, some of the kids didn’t make it”.’ Ms Malagon later underwent a debriefing with senior doctors. 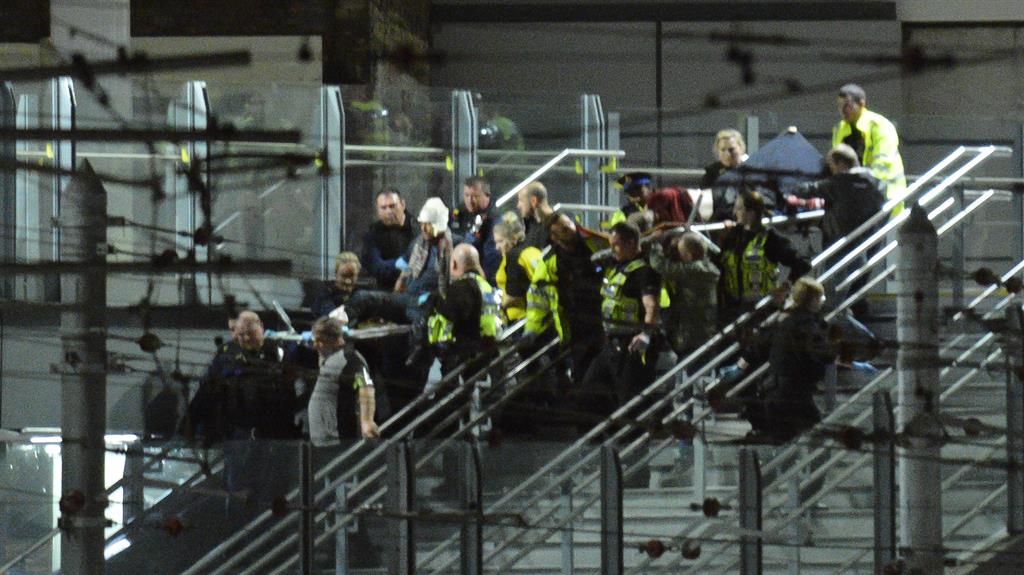 Trauma: The nurse had been on duty on the night of the Manchester Arena bombing and treated some of the children who died PICS: DANNY RYAN/CAVENDISH

Dr Malagon, a consultant anaesthetist at Manchester’s Wythenshawe Hospital, said his daughter, 22, had suffered with depression. The critical care nurse at Manchester Royal Infirmary told him in January 2017: ‘Dad I need help.’

She sought counselling and ‘when stressed’ would talk to her father, the inquest heard. In the weeks before her death ‘there were no such conversations’, Dr Malagon added. Her GP, Dr Gill Aitken, told the inquest Ms Malagon had felt ‘low and apathetic’, adding: ‘I believe this was work related.’ Ms Malagon was found dead in her flat in Manchester city centre in July last year.

Coroner Andrew Bridgman, recording a verdict of suicide, said the Arena bombing ‘clearly had some effect on her’, but there was ‘no specific reference to the trauma that night’. He added: ‘Clara did intend to take her life but this inquest cannot answer why. It’s a real tragedy.’

I seem to have read several reports of those helping after Muslim terror attacks, subsequently committing suicide. I really wonder. Perhaps part of their problem is to reconcile the contradiction between loving Muslims and hating the terror?  The conflict between wanting to do something to stop this happening again, yet finding that every thing you try, even down to reducing the further influx of Muslim terrorists into the country, is stymied by leftists, the media and even the government.  I really believe that if you follow the current self-contradictory narrative that our elites are foisting upon us, it leads to a kind of neurosis, and in some people, even suicide. 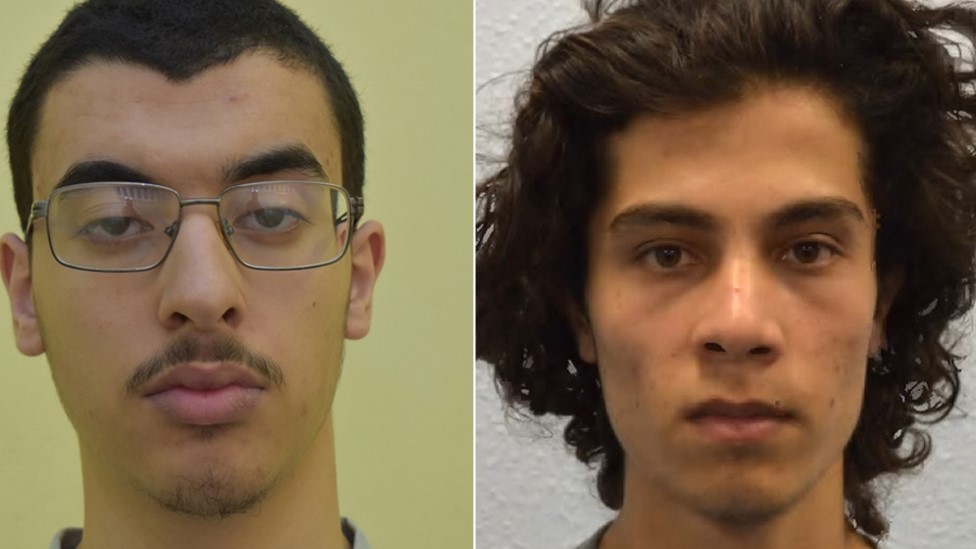 The Manchester Arena and Parsons Green bombers have been charged with assaulting a prison officer together, the BBC has learned.

Hashem Abedi, 23, and Ahmed Hassan, 21, are accused of assaulting an officer in HMP Belmarsh, south London, in May last year.

Another man who is awaiting sentencing for terror offences is also charged with assaulting the same person.

The three men are due to appear at Bromley Magistrates' Court on 7 April.

Abedi, who was jailed in August for murdering the 22 victims of the May 2017 Manchester Arena attack, is also charged with assaulting a second prison officer during the same incident on 11 May.

Hassan, from London, whose Parsons Green tube bomb injured 51 people in September 2017, was jailed for attempted murder the following year.

Why are we still paying for this human garbage to be fed, housed and guarded? Even that face looks disgusting, God knows what the mind behind it is thinking. They should have been disposed of long ago. Instead they continue to cause problems, on top of the costs they burden us with. And what happens in case of social breakdown, when that whole complex machinery of  the state can't keep functioning? Then they'll just break out and their cycle of depravity and terror will start all over again.

Manchester Inquiry - management of venue to blame, but Islam is blameless.

You can't blame the Master Race.