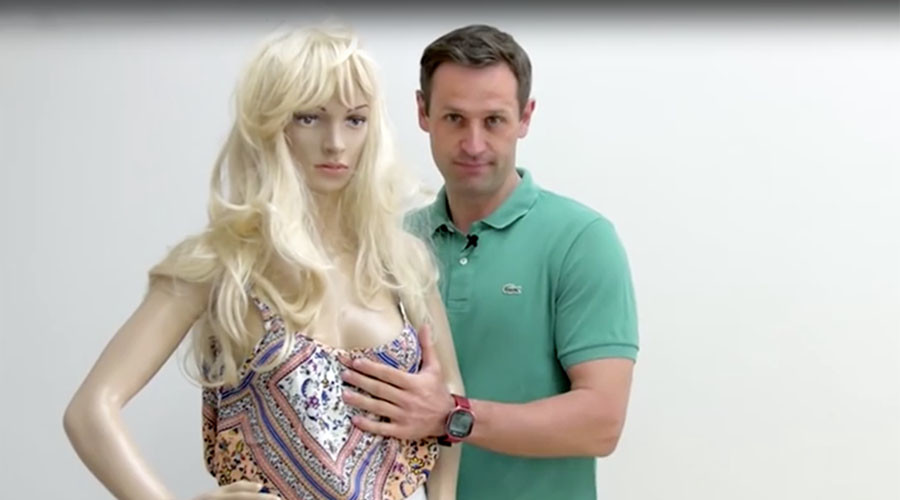 Austrian Freedom Party politician Armin Sippel shows asylum seekers how not to interact with women in public in a controversial video posted on YouTube. © Hans Wurst / YouTube
AddThis Sharing ButtonsA provocative video in which an Austrian far-right politician explains to asylum seekers, using a blonde mannequin and posters in Arabic, that European women generally don’t like being groped in public by strangers has stirred controversy.

The video has sparked a lot of negative comments and a series of video responses, forcing Freedom Party politician Armin Sippel to take the video down due to “extremely aggressive personal attacks,” reports the Local.

“A debate on this unpleasant topic of sexual assaults is essential, but should be good mannered,”Sippel said on Facebook.

Very soon, however, the video reemerged on YouTube uploaded by others.

Sippel appears on the screen and addresses the viewers: “Dear … Asylum Seekers.” Then a blonde mannequin dressed in an open blouse and a low-cut skirt comes into shot.

The politician asks migrants not to look at women provocatively, whistle or harass them. Sippel physically demonstrates on the mannequin that groping women, “grabbing a woman by the butt or bosom” is unacceptable.

At the end of the video, Sippel shows a sign reading: “Keep your fingers off our women”. 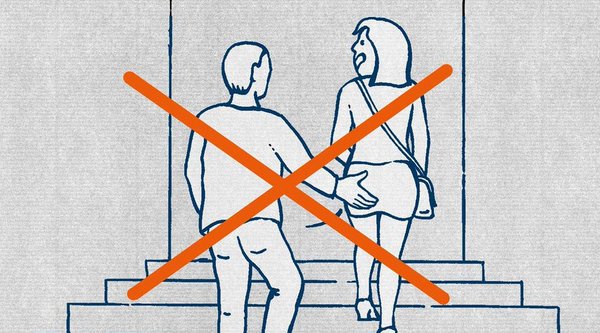 The anti-immigration and Euroskeptic party nearly won the presidential post in a recent poll with candidate Norbert Hofer, who was even ahead of the Green Party candidate Alexander van der Bellen while ballots were being counted.

The FPÖ says the making of the video was spurred by a string of sex harassment scandals in neighboring Germany involving asylum seekers.

Only a month ago, a German education center was reportedly hired by the German government to teach migrants how to approach and get acquainted with local women at specially organized classes.

Bayerischer Rundfunk television filmed one of the classes teaching migrants how to get along better with women. The majority of comments on the video were negative.

Tags: Austrian, interact, migrants, our, politician, shows, to, with, women’, ‘how