Malaysian girl, 15, 'gang raped by up to 38 men for several hours after being lured to abandoned hut used as drug haunt'

A Malaysian teenager was gang raped by up to 38 men in an abandoned hut used as a drug haunt, reports today suggest.

The horrendous assault is said to have taken place in the northern state of Kelantan, Malaysia, on May 20.

The girl is said to have met a friend, 17, before being lured to an empty hut - reported to be a drug haunt by local media. There are reports the friend was an accomplice to the alleged rapists.

The men then allegedly took turns to rape the teen for several hours. Some reports are suggesting there may have been up to 38 men involved. 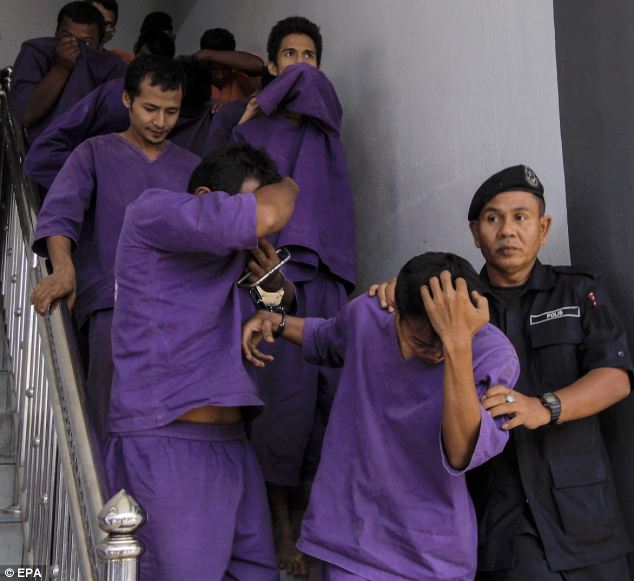 Malaysian Police escort men suspected of gang-raping a 15-year-old girl in Kelantan, Malaysia on May 20

There are reports the girl may have been arrested following the ordeal.

Police are investigating whether the girls friend was also raped.

Malaysian police have arrested at least 13 people, including a father and his two sons, over the alleged gang-rape, an officer said.

All of the men are from the same village, police confirmed.

Investigators claimed reports almost 40 people took turns in the rape may not be accurate - but said they were still investigating the attack.

'It's definitely more than 10. We are still investigating,' one said. 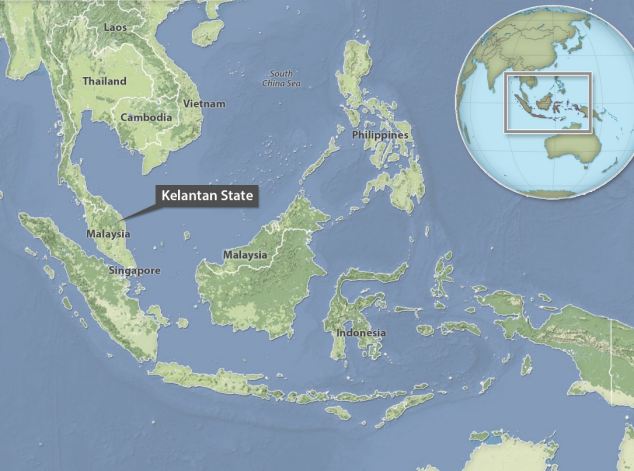 The alleged attack is said to have taken place in a remote hut in Kelantan state, pictured. It is alleged that up to 38 men attacked the teen, assaulting her for hours

Several of those detained had tested positive for amphetamine, the reports said. The New Straits Times said a man and his two teenage sons were among those detained.

Police said action could have been taken had villagers reported the addicts' presence.

'It is very disturbing to me that no one in the village was even suspicious when the closest neighbour was a mere 20 metres away,' police chief Azham told The Star.

The alleged attack, one of several brutal cases this week underscoring the violence to which women are being subjected across Asia, sparked outrage among women's groups.

Politicians from a Muslim party running the region said their proposal to introduce Islamic hudud law, with harsh penalties, would deter offenders.

State and federal police officers either declined comment or could not be immediately reached.

Almost 3,000 rapes were reported to the police in Asia in 2012, of which 52 percent involved girls aged 16 and below, according to police statistics.

Convicted rapists face up to 30 years in prison and whipping, but many on Internet sites wanted stricter punishment. 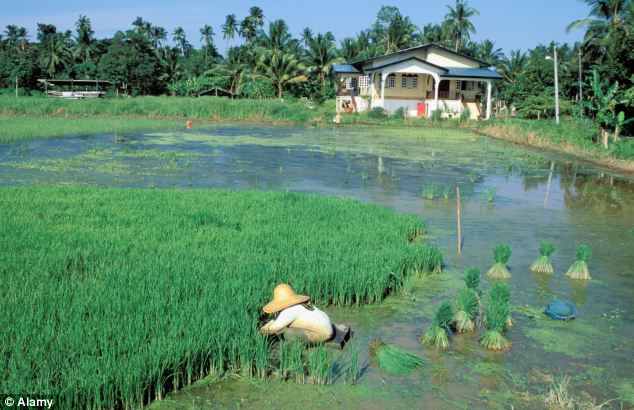 The attack is said to have happened in Kota Bharu, one area pictured. It is thought all of the suspects, who are in custody, are from the same village

'We are seeing a prevalence in rape cases because boys are raised in an environment where they think it is okay to use violence,' Suri Kempe of Sisters in Islam told Reuters.

Awareness of rape in Asia was heightened by the fatal gang rape of a physiotherapy student on an Indian bus in 2012.

In the Pakistan city of Lahore, a pregnant woman was bludgeoned to death by her family in front of a top court for marrying against the wishes of her parents.

And in India's Uttar Pradesh state, two teenage cousins from a low caste were gang-raped and then hanged from a tree.

Politicians from a Muslim party running the region said their proposal to introduce Islamic hudud law, with harsh penalties, would deter offenders


Well it would deter them from raping Muslim women. For the kuffar women, well, you can do what you like with "women that your right hand possesses", i.e. your kuffar sex slaves.