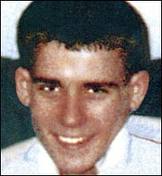 {There are some more crimes, not specifically kuffarphobic and related to Hate Crime and Predation, which have been miscategorised in this room. They will be re-categorised at some later date.}

This room records crime, violence and ethnic cleansing, which in the West have now risen to the level of a civil war.

The Civil Covenant is that we give up our weapons in return for the state protecting our freedoms, families and property - but it no longer protects us from crimes permitted by religion.

There are increasing reports of fraud by Muslims, like the Birmingham rear-bump car fraud, or free prescriptions sold abroad. Western societies are vulnerable in that they expect some level of trust and cannot protect against every fraud opportunity.

(Terrorism is politically motivated violence, and is recorded in a different room).

The Legalisation of Drugs - by Johann Hari and Sam Harris

How to deal with the police

UK Law: To Veil or not to Veil

Anecdotal Evidence, if shocking enough, is just as valid as Statistical Evidence

27% of London's prisoners are Muslim: Calls for inquiry

France: roll up, roll up... Watch the Implosion.

UK: 1-in-5 rape and murder suspects are migrant - by Sun Newspaper

You need to be a member of Kuffarphobia via Crime, 2-Tier Justice & Parasitism to add comments!

Right, two thirds of social welfare clients here are immigrants. It has been shown time after time that third world immigrants, asylum seekers, refugees and the families they are allowed to bring in, are a drain on our economy, damaging to our culture and a danger to our safety- but they keep welcoming them in.

I would throw every single one of them out. Let them take care of themselves in their own "cultures".

Woman stabbed to death in her office at the local social welfare department another woman was wounded.

What a worthless piece of human garbage. It sounds like this was the place that gives him money and housing, but does he respond to that kindness and generosity by trying to work and help that society? No, he responds by killing those trying to be kind to him. Of course, we won't be told all the pernicious details.

I think the murdering of us is a result of those that rule us indulging in "Nigra-worship". The worship, tolerance, acceptance and forgiveness of anything not white.

Had reason reigned the borders would have been closed and the mass-deportations begun.

A collective punishmant has to be handed out because all of these psychopathic murderers belong to tightly knit immigrant communities that have no respect for our lives, laws and property

https://www.msn.com/nb-no/nyheter/norge/siktede-etter-nav-drapet-i-...
CULTURAL ENRICHMENT.
Woman stabbed to death in her office at the local social welfare department another woman was wounded.
The man in his 30s who is charged with the murder of an employee at a Nav office in Bergen on Monday, will be remanded for custody on Tuesday afternoon.

The prison meeting will take place in Hordaland District Court in Bergen at 12.45 on Tuesday, according to Bergens Tidende.

A woman in her late 50s died from the knife injuries she sustained, while a woman in her mid-30s is slightly injured. A man in his 30s has been arrested and charged with murder and grievous bodily harm after the violent attack on the Nav office at Danmarksplass in Bergen on Monday.

The accused is a man in his late 30s, of foreign origin and has been a Norwegian citizen since 2019. He is not an acquaintance of the police.

Passing sentence, the Recorder of London Judge Mark Lucraft QC said the gang had “little or no regard for human life”.

He added: “You are all members of the Northside Newham gang and have feuds with gangs on the south of the borough. You kill simply for the sake of it and show little or no regard for human life.

“The three of you laid into him. He was stabbed as many as 10 times, with wounds to his head and body as deep as 19.5cm in depth. He was still able to stumble the short distance back to his home, but he died following emergency treatment in hospital.”

Jailed for total of 101 years
Jalloh, of Watt Street, had eight previous convictions for 12 offences including robbery and possession of a weapon.

He was jailed for life with a minimum term of 27 years.

He was jailed for life with a minimum term of 27 years.

Ture, of Boomsbury Street, Camden, had five previous convictions for 12 offences and was sentenced to life with a minimum prison term of 26 years.

Melaku, of Telford, Shropshire, was jailed for life with a minimum term of 21 years.

David Gomoh, 24, was stabbed 10 times with “Rambo-type machetes” before stumbling back to his home and dying in front of his horrified family in Newham on April 26 last year.

The marketing graduate, who had nothing to do with gang violence, had been working in supply and procurement for the NHS during the first wave of the coronavirus pandemic when he was attacked by members of the Northside Newham gang.

David Ture, 19, Vagnei Colubali, 22, Muhammad Jalloh, 19, appeared at the Old Bailey on Friday (September 17) to be sentenced having been convicted following a six-week trial.

Alex Melaku was also convicted of murder at the same trial. Reporting restrictions had previously been in place to protect his identity as a juvenile.

All four men were found to have appeared in pictures and videos making gang signs and wearing gang colours, while also glorifying violence.

The Old Bailey heard how David had been chosen at random by members of the gang in order to send a message to their rivals.

The gang had met at a hotel in Stratford earlier that evening before travelling by minicab to a quiet residential street in Plaistow – each carrying a bag believed to contain a change of clothing.

All four then got into a Dodge Calibre, armed with “large knives and machetes”, which is believed to have been stolen and fitted with false number plates.

David Gomoh was stabbed in Newham on Sunday, April 26
They targeted another man in the same area shortly before the fatal stabbing, but he was able to escape.

In the seconds before the attack, at around 10.22pm, an unsuspecting David had been on the phone to his girlfriend and she heard someone ask “where are you from?”, followed by the sounds of a struggle.

Vagnei is believed to have driven to Freemasons Road, Canning Town, before Jalloh, Ture and left the vehicle and inflicted the fatal attack.

Emergency services rushed to the scene as neighbours tried desperately to give David life-saving first aid in front of his haunted family, but he died at the scene.

The Central Criminal Court also referred to as the Old Bailey, central London (Image: PA Archive/PA Images)
His carotid and brachial arteries had been severed and his liver had been cut through. Some of the wounds were found to be as deep as 12.5cm and sliced into the bone.

David died just 19 days after his 24th birthday and 20 days after the death of his father, the court heard.

Police found the stolen car abandoned in Lincoln Road, less than a mile from the fatal stabbing, after the vehicle had lost its wheel as they fled the scene.

During a search of Ture’s address, officers found a series of graphic drawings which appeared to depict the stabbing.

Under the Representation of the People Act 1981, you are disqualified from becoming a member of the House of Commons if you have been found guilty of an offence and sentenced to more than one year in prison, and are currently detained as a result of that offence.

Once you are released from prison, you are not prevented from standing for election as an MP.

So it won't even stop her from being an MP.

Muslims are also masters at avoiding the payment of taxes and other duties.