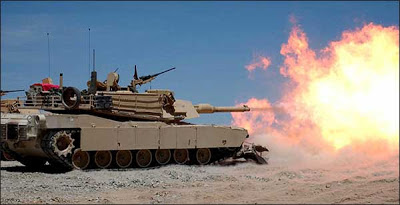 Israel once again is in the unenviable position of having to defend her people knowing that once they begin they will be criticized by the UN, Obama, Hillary Clinton, Susan Rice, Samantha Power, and all of the liberal media of the world.

The United States has given and continues to give so many millions of dollars in "humanitarian aid" to Gaza and that money is being used to finance their war on Israel.

In a collection of recent essays I have made the case the real issue of Benghazi has been overlooked and what we are hearing is in some cases a smoke screen and in some the fact that the media simply has not connected the dots. The real issue is that Ambassador Stevens and his associates were sacrificed to stop the flow of weapons to Syrian "rebels" and reroute those weapons overland through Egypt and the Sinai to be purchased by Hamas with the funds provided by our State Department. Those weapons in turn are used in the ongoing and expanding attacks on Israel.

The evidence to prove this is right before our eyes and I find it hard to believe that no one has yet made the connection. Look at the links below from a Bing search. Gaza is daily getting more and deadlier weapons to use against our ally. The problem we face is that many of the leaders of this nation no longer regard Israel as an ally but a nation to be sacrificed to the forces of the coming Caliphate. as were the four men in Benghazi.

For the moment it is to Egypt's benefit to continue the charade that they are active in stopping the flow of weapons. As stated, it is a charade. Egypt, should they choose to, could totally end the flow of Libyan weapons to Hamas. They choose not, for there is a great deal of money to be made in gunrunning, and any weapons they choose to intercept and announce to the media, will be used by the Egyptian army themselves as once again they engage Israel in what they expect to be the final assault on a tiny nation. 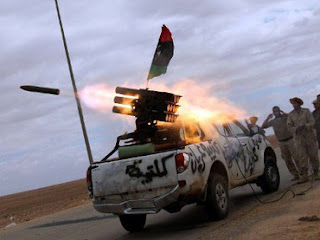 Before you scan the links below take a brief look at some of the photos here. Note the images of the vehicles involved. The weapons trade is quite visible from our satellites, so none in government can deny knowledge of what is happening. It is no small matter of a lone terrorist sneaking a MANPAD across the desert and into Gaza. They travel in convoys and must refuel along the way. I must wonder if Egyptian service stations are full or self service, but one thing is certain. They must refuel in Egypt.

Egypt occasionally announces a weapons bust to sound as though they are helping in the fight on terrorism. Rubbish! Lies and rubbish! They and our politicians who finance the Muslim Brotherhood are in this up to their necks, and Israel's survival hangs in the balance. The following links will indicate that the arms trade is alive and well and aimed at Israel, not just Syria, as they would have us believe.

www.globalpost.com/.../libya-missing-weapons-arms-smuggling-gaza-hamas
JERUSALEM — Israel’s military intelligence is increasingly concerned about the quantity of Libyan arms flowing into the Gaza strip through its increasingly
Missing Libya Missiles Find Their Way to Gaza Border - ABC News
abcnews.go.com/Blotter/missing-libya-missiles-find-gaza-border/...
13/10/2011 · Egyptian officials told the paper they have intercepted looted Libyanweapons ... Sinai Peninsula, and in the smuggling tunnels between the Sinai and Gaza.

news.yahoo.com/israel-gaza-getting-missiles-libyan-war-160354655.html
17/10/2012 · JERUSALEM (AP) — A top Israeli defense official says Gaza is being flooded with sophisticated weapons from Libya and that the anti-aircraft missile fired .

www.jpost.com/MiddleEast/Article.aspx?id=275753
Egypt's Interior Minister Mohamed Ibrahim announced Friday that police had thwarted the smuggling of a large shipment of heavy weapons and ammunition from Libya to ...

From Libya to the world: Egypt makes its biggest arms bust ever — RT

rt.com/news/libya-weapons-gaza-egypt-728
Egyptian security forces have made their biggest ever smuggled arms bust, intercepting over 120 rockets and other supplies. The seized weapons, presumably on their ...

Israel: Gaza getting missiles from Libyan war | World news | The ...

www.guardian.co.uk/world/feedarticle/10487681
JERUSALEM (AP) — A top Israeli defense official says Gaza is being flooded with sophisticated weapons from Libya and that the anti-aircraft missile fired last week ...

"New route of weapons smuggled from Libya" to Hamas in Gaza ...

www.washingtontimes.com/news/...libyan-weapons-flooding-gaza-israeli-
JERUSALEM — A top Israeli defense official says Gaza is being flooded with sophisticated weapons from Libya and that the anti-aircraft missile fired last week at an

www.telegraph.co.uk/.../Looted-Libyan-arms-flooding-into-Gaza.html
“Some of the weaponry coming from Iran enters Gaza by sea but all of the weaponsfrom Libya are passing into Gaza by land, through the tunnels from Egypt.

The next time you read of a rocket attack on Israel, which should be tomorrow as the attacks continue on a daily basis, ask yourself how these poor "starving people" of Gaza can afford to spend billions of dollars on sophisticated weapons systems. The answer is quite simple. We fund them in the name of humanitarian aid. It would be so simple if Obama could just send them weapons but there would be a great public outcry about that, and so we use the backdoor approach of giving them money and letting them buy the weapons on their own. The same weapons that Russia provided to Qaddafi, and we provided to Al Qaeda as they overthrew him.

It matters not who you sell weapons to, there is a lot of profit involved. The tragedy in Benghazi was the result of different agendas. Ambassador Stevens purpose was to route those weapons to the forces of Al Qaeda in Syria, via Turkey. He was allowed to die to guarantee an unrestricted flow of arms to Hamas. Stevens and the CIA were just at odds with Obama's plans.

Now the crisis worsens and Israel on some days is being hit with over a hundred rockets. The leaders of that tiny nation finally concludes that enough is enough and with a single missile from an aircraft they take out a Hamas leader in his car, with no collateral damage. Well such behavior is too much for the peace loving Palestinians to bear and they accuse Israel of acting aggressively and "opening the gates of hell."

Israeli reservists are being called up with the anticipation of massive rocket and mortar assault requiring the IDF to move into Gaza in force and crush the offenders. They have been forced into such reprisals before but this time it will be different. Now Hamas has more weapons than ever, including the anti tank and anti aircraft missiles our humanitarian aid has bought for them.

One thing that will never change in the unending wars that Islam wages on Israel is the body count of children we will hear about. Hamas, the Palestinian Authority, and Hezbollah always situate weapons systems and rocket launchers, in, around, or under schools and civilian neighborhoods. Killing the innocent is unavoidable if Israel is to stop those sites from firing on them. Then the Muslims bemoan the death of those innocents on CNN and the UN accuses Israel of war crimes.

Meanwhile, at the Golan Height, part of Israel's border with Syria, the danger worsens. Al Qaeda forces have taken control of Syrian villages near the border and shells are occasionally landing in Israel. It is an unending exercise in terror and if Israel is ever overrun then that will be the day that nuclear war begins. Our "leaders" are paving the road to hell.

One final thought: I keep thinking of an old adage that applies well to our war on terror,  "If you can't beat'em, join'em." It would seem that we have followed that line of reasoning.