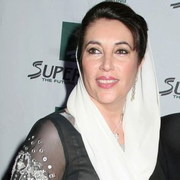 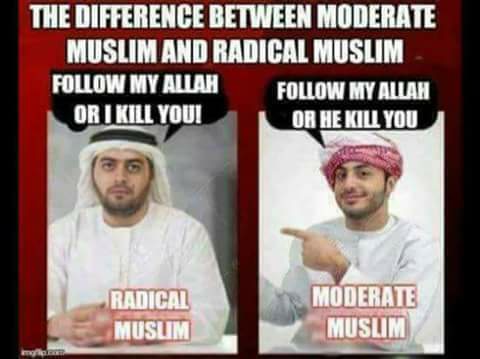 'Torture Cells' where Christian girls are raped and confined

'Pakistan has been playing us all for suckers' - Christina Lamb

Muslims beat evangelist into unconsciousness, set him on fire

You need to be a member of Kuffarphobia in Pakistan & Bangladesh to add comments!

Democracy is not something that can simply be exported. Democracy can only work in well ordered and law abiding nations, and even then it is faulty. It really only works in the nations where democracy naturally evolved. It has never worked in an African or Muslim nation. Corruption and injustice has to be at a minimum. 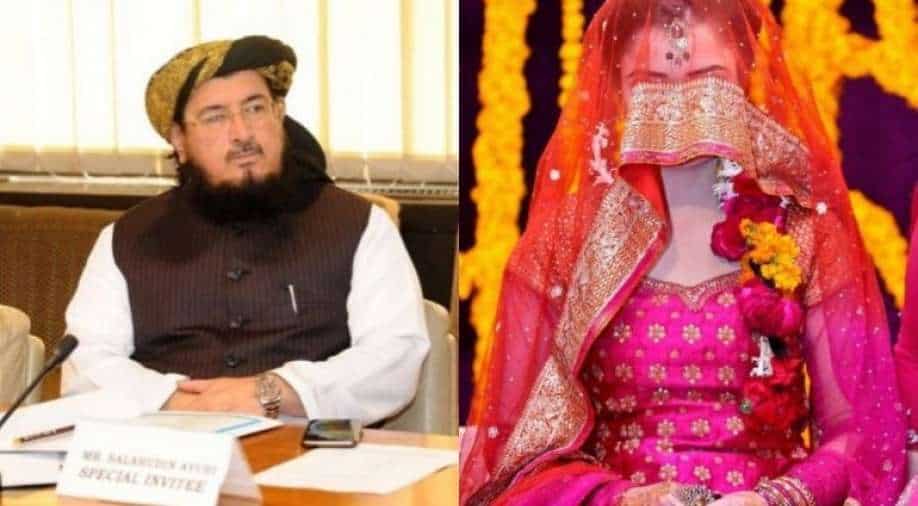 
A Pakistani politician who is a member of the National Assembly of Pakistan since August 2018, Maulana Salahuddin Ayubi has got married to a 14-year-old Chitrali girl, sources said.

According to a report by Dawn, the girl was a student of Government Girls High School, Jughoor, where her date of birth had been recorded as of October 28, 2006, which showed that she had not attained the age of marriage.

Maulana Salahuddin Ayubi, the Member of the National Assembly is in his late 50s, according to Pakistan media.

Chitral police station SHO Inspector Sajjad Ahmed was quoted as saying that a few days ago on the complaint of the organisation, the police had reached the girl’s home, but her father had denied the girl’s marriage and had even given an affidavit to this effect.

According to Pak Observer, the lawmaker has only solemnized Nikkah with the girl while a proper marriage ceremony is yet to be held.

Meanwhile, the Lower Chitral DPO has said that the girl`s father has assured the authorities that he will not send his daughter until she is 16-years-old.

From the 'land of the pure'; but pure what?

Nb this guy is still holding his drink as he attacks the young woman. As if it is just a normal aspect of his routine/life.

You obviously do not have to be at all talented to qualify as a lawyer. I would not choose to be treated by a doctor educated in Pakistan either. You can buy a degree there.

The average IQ in Pakistan is 84, which explains a lot.

Christians have been dragged out of their cars and beaten, and said they are "haunted" with fear of Islamic radicals as the blasphemy case of Christian mother Asia Bibi tears Pakistan apart.

Romana Bashir, a Christian rights activist in Islamabad, said in an interview with CNN that blasphemy laws have been used to target followers of Christ in the Muslim country for years, but the fallout of Bibi's acquittal has been truly severe.

Hardliners have blocked the streets, burned cars, and rioted through cities, angry at what they perceive to be the Pakistan Supreme Court's giving in to pressure by deciding to free the Christian mother, instead of confirming her 2010 death sentence.

Peter Jacob, the executive director for the Center for Social Justice in Lahore, said that there have been cases where rioters have asked people in cars to tell them their religion. If they were found to be Christian, "they were taken out of their cars and beaten up."

He warned that "the mental and psychological scars" that the Christian community are suffering will endure in the "current climate of fear."

Large-scale Islamic radical attacks in Pakistan have decreased in the past year, though some church-going believers, such as those at St. Joseph's Cathedral in Rawalpindi, have admitted that they are constantly having to be careful.

One gatekeeper at St Joseph, who didn't wish to share his name, said that he is "grateful for the presence of the military close to the church," but that the sense of fear has "begun to haunt him" since Bibi's acquittal.

Christians face discrimination in Pakistan in a variety of different ways, such as being offered only low-skilled jobs and kept at the bottom of society.

The blasphemy laws, which, such as in Bibi's case, can put believers on death row even if they claim to be innocent, create a whole new dimension of terror, Bashir explained. She said that one of the biggest problems is that when non-Muslims are accused of blasphemy, "the entire community is branded and labeled with the crime."

Bashir, who in 2012 was appointed by Pope Benedict XVI to serve as adviser for the Commission for Religious Relations with Muslims, said that progress in terms of trust between Muslim leaders and Christians is being broken apart due to the blasphemy controversy.

"People on both sides are now afraid to come forth, there is no middle ground for discussion, there is no air for reconciliation, it's like the bridges of harmony have been burnt in the aftermath of acquittal," she said.

Bibi's fate meanwhile remains uncertain, with the Christian mother of five not yet allowed to leave Pakistan, due to the pressure hardliners are putting on the government.

Several Western countries have said that they are looking into ways of helping Bibi and her family, though it is not yet clear who will offer her asylum.

Muslims need protection from themselves, lol.

I almost put this in the humour room.

He made his bed and now he does not want to lie in it.

But would the non-Muslims have any less reason to kill him?

Comment by Alan Lake on October 16, 2017 at 15:26
This terrorist country is our partner against terrorism. This lawless country is where we import thugs from, to rape and groom the children of Rotherham. This disrespectable country, has nuclear tipped missiles.