The latest example of the mis-direction and obfuscation of Islam comes from Camden MP hopeful Maajid Nawaz who demands that UKIP condemn my friend Magnus Neilsen who is also a candidate in Camden.  In the Ham and High of April 30, 2014 Mr Nawaz says:

“I read with some apprehension the comments reiterated by Camden’s UKIP chairman Magnus Neilsen singling out Islam the religion, and not Islamism the political ideology justifying itself from the religion.

“I call on Nigel Farage to condemn Mr Neilsen’s failure to distinguish between Islam and Islamism.

“I also call on all Muslims and Islamic organisations to join me in being equally robust about condemning Islamist extremists who also attack human rights, democratic culture and certain minorities in an equally wholesale manner when speaking in Islam’s name.”

If Islamism justifies itself from the religion of Islam then Islamism is a subset of Islam, which of course means that Islam is the parent and Islamism the child.  I blame the parents.

The first sentence is supposed be slightly cartoonish because, of course, it is a silly proposition, promoted by a deceiving and aspiring Muslim politician.

If you have time, do comment at the Ham and High publication and add to the enlightenment of its readers.

For the record, just yesterday I found a news clipping from 2008 in which Mr Nawaz says: ‘I have so much to celebrate as a British Muslim.  The privileges I enjoy here are ones I may not be able to enjoy in Muslim-majority countries.  It’s high time we celebrated that.’

Mr Nawaz, needs to understand that one of those privileges is freedom of speech and fair comment.  My friend Magnus has not done anything other than comment on Islam.  For that Mr Nawaz wants him to be condemned by the leader of UKIP.  Rather, Mr Nawaz should engage in dialogue and debate with Magnus.  To condemn people for speaking out is what happens in Muslim-majority countries.  It looks like Mr Nawaz is revealing himself to be bit of a Sharia-pusher when things do not go his way.

(With permission I am circulating a letter Magnus has just sent to the Ham and High paper in Camden.  Kinana)

In a Facebook posting, made several months ago, I asserted that, 'Islam is organised crime under religious camouflage'and  I stand by that assertion. In response to it, Maajid Nawaz, the prospective Liberal-Democrat Candidate for Hampstead and Kilburn in the forthcoming General Election has contacted my Party Leader, Nigel Farage, urging him to condemn me for my'failure to distinguish the difference between Islam and Islamism'. It would be enlightening if Mr Nawaz would explain the difference both to me and to your readers since, after ten years of intensive research into the subject of Islamic theology and jurisprudence, I cannot find any difference between the political and religious aspects of Muhammad's teachings. Muhammad commanded his followers to wage war against unbelievers until his teachings, both religious and political, were imposed upon the whole world. 'Allah (Himself) is an enemy to the disbelievers' (Quran, Sura 2, verse 98). The very word 'Islam' means'unquestioning submission to Allah and His messenger'; it does not denote 'peace with justice' as so many try to pretend and as our civic leaders fondly believe.

Muslims themselves claim that Islam is a 'complete way of life' encompassing a comprehensive social, economic, educational, legal and military strategy to force compliance with its doctrines on believers and non-believers alike. As such, it denies elementary rights such as freedom of speech, freedom of worship and conscience that British people have enjoyed since the Reformation.

The threat that Islam poses to our society will not be effectively checked until voters elect candidates, like myself, who are willing to stand up to confront it and expose it. That is my overriding reason for entering the election in West Hampstead on 22ndMay.

(a reply published in the Ham and High, paper edition, this week)

Mr Maajid Nawaz calls upon my Party Leader, Nigel Farage, to condemn my supposed 'failure to distinguish between Islam and Islamism' and he calls upon me to 'leave such topics to the experts'. Since he has never met me, there is no reason why he should know that I have spent almost ten years studying Islam and its scriptures, including the Quran, the Hadith and the 'Life of the Apostle of Allah' by Ibn Ishaq, the first extant biography of Muhammad composed in the eighth century. Also, I hold a BA Hons. degree in Classical Civilisation which makes me better equipped than most people to engage in a critical examination of ancient texts, comparative theology and early Mediaeval history. Without wishing to sound presumptuous, I dare say that my understanding of Islam is better than that of many Muslims.

The British people have enjoyed the right to examine and to criticise holy scriptures ever since the time of the Reformation. Islam presents the same sort of challenge to democratic and liberal societies as that were posed by the Fascists and the Bolsheviks eighty years ago. If we now, for fear of 'causing offence', are forbidden to criticise Islam, we will certainly lose the democracy that was handed on to us by our forefathers.

In recent years, some opponents of Islam have called for the banning of the Quran, while others have publicly burned copies as a demonstration of their revulsion for its teachings. I, on the other hand, hope that increasing numbers of people will make the same effort as I have to study it, so that they can discover for themselves what a brutal and nasty business it is and to be thus better equipped to cope with the menace that threatens to engulf us in the not-so-distant future.

So, Nawaz says Orwell's "Animal Farm" stopped him being an "islamist".

Just as well Orwell wasn't trying to get it published nowadays - the publishers would reject it because it has pigs as characters.  And they do that not because "islamists" complain, but because islamics complain.

A recent Message from Magnus:

Well friends, the shit has now well and truly hit the fan, so there is no turning back! My local paper, the Hamstead and Highgate Express, has just published an article about me and my proposals as a candidate in the forthcoming election on 7th May. The headline reads, 'My great aim is to get all mosques licensed'. The article goes on to repeat comments I made on Fb some time ago when I said, 'Islam is organised crime under religious camouflage... created by a man called Muhammad who was the gang leader of criminals' I stand by what I have said and I can justify these remarks by reference to the Quran, the Hadith and the Biography of the Apostle of Allah by Ibn Ishaq, the earliest biography of that gangster. As far as I know I am the only political candidate in this election to advocate a specific set of policies to deal with Islamic issues and I may be the first to raise them as a matter of general concern. We shall have to wait until next Thursday to see if any protests to my ideas appear in the 'Letters to the Editor' page.

There's an electronic edition at http://edition.pagesuite-professional.co.uk/Launch.aspx... where you can see the article on P19.

Magnus is pushing the envelope and that helps everyone. Clarity is needed on all sides of this issue.

Magnus Nielsen is a brave fellow. We need a Geert Wilders in the British Parliament.

I would like to see all mosques licenced- converted into pubs.

All mosques would have to be closed of course because they teach islam, The essence of Islam is hate, discrimination and violence. Any organization; political, religious or otherwise; that teaches and or incites to hate, discrimination and violence should be illegal and shut down. The preachings of Islam are already illegal according to our existing laws, Islam should be forbidden and shut down.

All that's needed is that people understand that Abdullah Quilliam was pro-Caliphate and was opposed to putting down the Mahdi Army in Sudan in the 1880s (they were the ISIS of their day).  Quilliam was prepared to use any manner of deceit to win over Brits to Islam.

It takes so little to expose Quilliam, but the media just ignore the evidence. 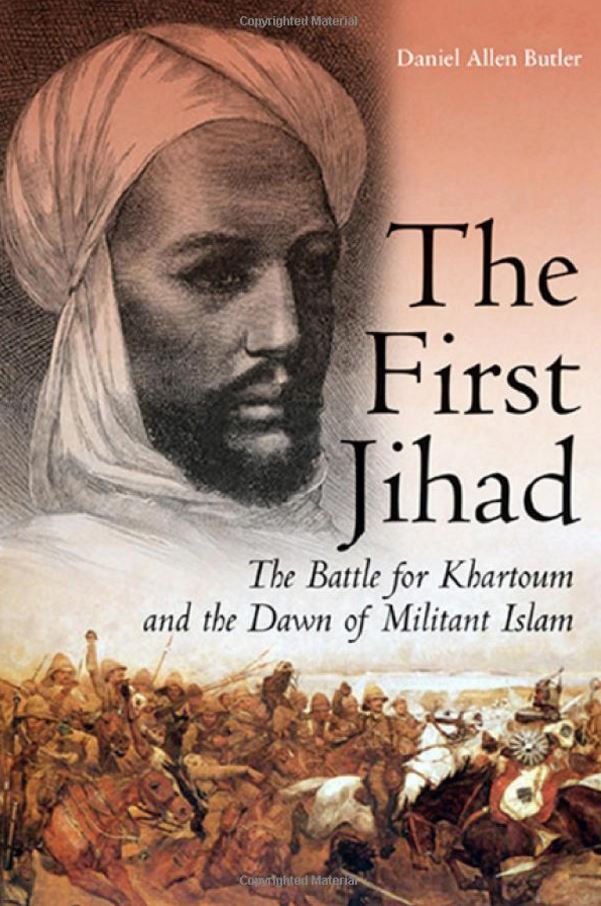 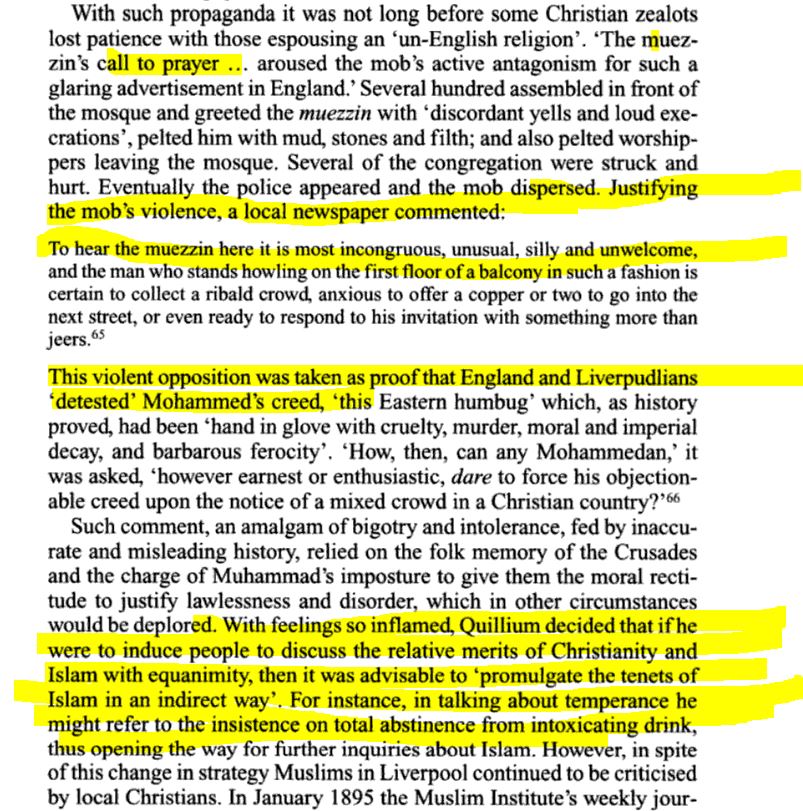 That's exactly the same comparison made by Peter McLoughlin in Easy Meat. He says that the one newspaper who took up the cause of Victorian girls being lured into prostitution was able to get demonstrations of up to 250,000 people in Hyde Park.

I think the biggest EDL demonstration was in the region of 3000 people.

It's no wonder that Breivik's original target was the journalists. They truly are Quislings of the 1st order.

Maajid Nawaz is not alone is perpetuating the confusion

Tony Blair is trying to protect his paymasters (Saudi Arabia) and dance around the false distinction between Islam and Islamism. But still it is good for someone with his platform to remind everyone out there that Islamists want to either kill or enslave all non-Muslims.

And "In my view, Islamism, both the ideology and the violence, is a first order security threat; and, unchecked, it will come to us, even if centred far from us, as 9/11 demonstrated."

Text and visual at link.