Talaq - Islamic Divorce by saying "I divorce you" three times 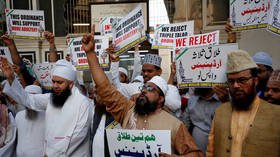 People shout slogans during a protest against the Indian cabinet's approval of instant Muslim divorce, or "triple talaq" making it a punishable offence, in Mumbai, India September 19, 2018. © REUTERS/Francis Mascarenhas
The party of Indian PM Narendra Modi faced tough opposition as it made another attempt to push through a bill that would criminalize divorcing a woman by saying the word ‘talaq’ three times.

The draft legislation, known as the Muslim Women (Protection of Rights on Marriage) Bill, was tabled by Law Minister Ravi Shankar Prasad at a session of the new parliament on Friday as lawmakers gathered for the first time since the BJP party claimed a landslide victory in May’s general elections, winning 303 seats in the 545-member lower house.

ALSO ON RT.COMIndia makes Muslim ‘triple talaq’ divorce punishable by up to 3yrs in jail


“This is not a question of religion but about justice to women. This is a question of dignity of women and we are committed to protect it,” the minister said, as he threw his weight behind the contentious legislation.

The bill envisions a jail sentence of up to three years and a fine for men who divorce their wives by invoking an Islamic practice known as the ‘triple talaq,’ which has been outlawed in India since August.

Despite being confirmed as illegal by the Supreme Court, the ‘triple talaq’ has remained widely used, with Prasad reporting on Friday that over 200 cases have been registered since it was banned.

The motion to introduce the bill drew scathing criticism from the Indian National Congress and other opposition parties, but was passed with 187 votes against 74 in the lower house, with many MPs abstaining.

The vote was preceded by heated exchanges among members, with Congress MP Shashi Tharoor calling the bill “discriminatory.” The lawmaker argued that it “does nothing to protect Muslim women but punishes Muslim men.” Tharoor said that he believed the law to be one-sided, as it exclusively focuses on Muslim husbands “but exempts other men who desert their families without taking responsibility.”

That’s the point. We aren’t defending triple talaq. We are opposing a law that does nothing to protect Muslim women but punishes Muslim men. It criminalizes their divorces, but exempts other men who desert their families w’out taking responsibility. That’s discriminatory. https://twitter.com/incindia/status/1141976623337627648 …

By framing a law criminalising only muslim husbands for a void Act, without having a universally applicable law for the act of desertion the bill is a text book example of a class legislation which violates Art. 14 & 15 of the Constitution: Dr @ShashiTharoor on Triple Talaq Bill. 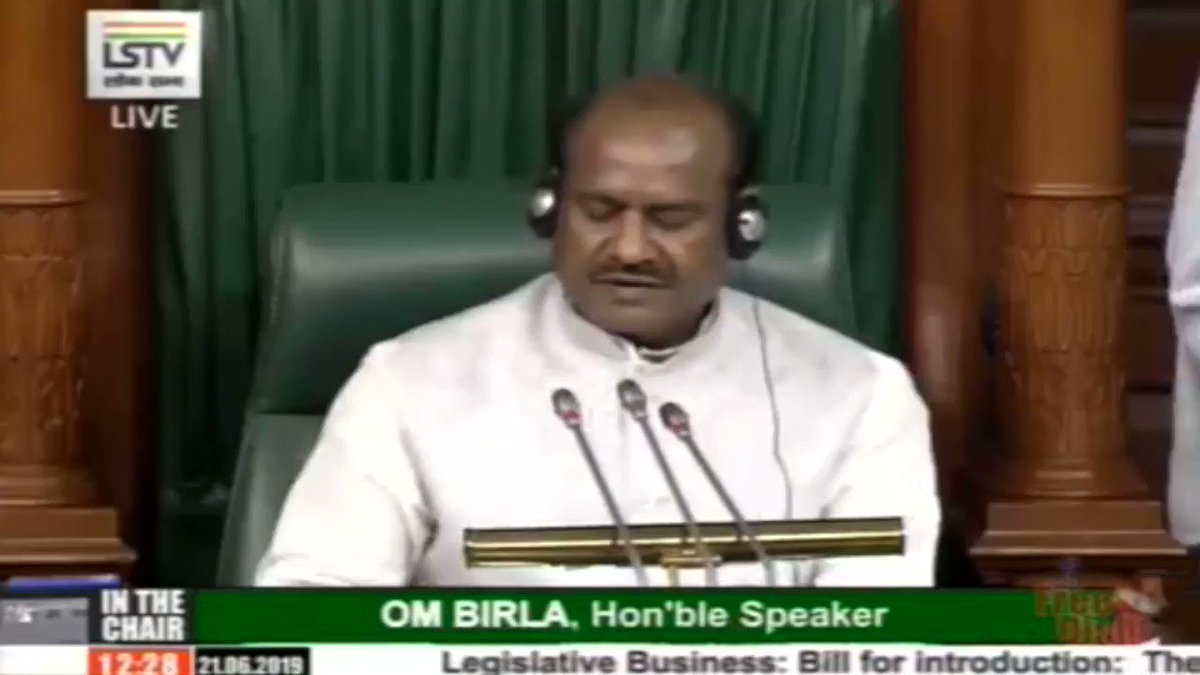 2,356 people are talking about this

Asaduddin Owaisi, leader of the All India Majlis Ittehad ul Muslimeen (AIMIM) party, echoed the criticism and similarly denounced the bill as “discriminatory.”

“I would like to ask the government [why] they have all the love for Muslim women. Why don't they have the same sentiment for Hindu women of Kerala? Why are you against Sabrimala?” he said.

Owaisi argued that by jailing the men, the bill would only leave women penniless.

Modi’s party introduced the bill in December last year and it was passed by the lower chamber of the parliament, the Lok Sabha, but was met by fervent opposition in the Rajya Sabha, the upper chamber. However, the law has been enforced through two executive orders, in September last year and in February, while it awaits approval by the legislature.