From beheading to kidnappings, there seems to be no limit to what the Mexican drug cartels are willing to do to assert their dominance—and they deal not only in drugs, but also in humans. The majority of the coyotes who help undocumented immigrants cross the border are affiliated with the cartels.

Although many politicians would like to believe that the violence will stay to the south of the border, the reality is that it has already begun to affect South Western states. The revelation that Phoenix is now the "kidnapping capital" of the United States only affirms what many residents already believe.

Now, a new method of marking territory has crossed over into the United States. "Rape trees" are popping up in Southern Arizona and their significance is horrific. These "rape trees" are places where cartel members and coyotes rape female border crossers and hang their clothes, specifically undergarments, to mark their conquest.

Sen. Jonathan Paton (R-Tucson), recently invited officials to describe the problems being faced in his home state to the Senate Judiciary Committee, which he chairs. Paton said violence along the border has escalated dramatically in the past year, "We want to go after these crimes," he insisted, "It’s an unbelievable situation, and we can’t allow that to go on in this country."

For more info. visit truthout.org or read the follow up article at Latina.com.


The Steep Price of Immigration for Latin American Women

After the overwhelming response to the article about rape trees published last week, we decided to take a more in-depth look at the perils women face as they attempt to immigrate into America. The journey is dangerous—from the malevolent coyotes transporting their human cargo, to the harsh conditions faced in the desert—and many women are realistic about crossing the border. There have even been reports of women starting birth control pills before their journey because they consider rape an inevitable part of the process.

A report by the United Nations estimates that 70% of women and girls who cross the border without husbands or other family members are sexually abused in some way, while those who work for women's rights agencies such as the Women's Commission for Refugee Women and Children say the practice is even more pervasive. Dr. Sylvanna Falcón, a professor at Connecticut College who has done extensive research into human-rights abuses along the U.S./Mexico border, points out that the sexual exploitation of women crossing the borders is not limited to the coyotes and the desert crossing. There have also been documented incidents of U.S. Border Patrol agents raping women or pressuring them for sex in exchange for their freedom.

The women who suffer at the hands of the coyotes and Border Patrol agents have little recourse available to them, especially if they are unfortunate enough to become pregnant as a result of the assault. In 2008, 10,653 women were detained by U.S. Immigration and Customs Enforcement (I.C.E.) and according to spokeswoman Cori Bassett, approximately 10% were found to be pregnant, many of them victims of rape. Compounding this problem is the near impossibility of obtaining an abortion if detained by I.C.E., and the fact that border assaults, like most rapes, go unreported.

Dr. Falcón explains one possible reason this systematic abuse of women has gone unchecked for so long, "Our society takes rape seriously, but it doesn't take this type of rape seriously. In all of our national discourse around securing our borders, rarely, if ever, do you hear about any kind of protection for people who might be crossing. Largely, that's because the discussion has been framed around protecting us—protecting the U.S.—and once you get into that framework, what happens to the other person is not even on the radar."

These atrocities against children is worldwide. We are suffering a lot of same abuse from Hispanics that invade from our Southern border, not to lump all together, but analysis shows that sex with children is their custom, hence, their family values views it as normal for children to get pregnant. It’s considered almost a badge of honor for a young girl to have a baby. And It's common for an uncle to be the father. Their  low socioeconomic status and lack of education is part of the problem. I don't dare write here what I would do to a rapist that took one of mine.

In America it is a ticket to entitlement programs for young girls to "anchor" a baby on America's social system. Once baby reaches maturity at age 21 their parents may bypass the immigration system and come to America. The children are pawns in my opinion and the invasion of children itself is increasing.

During the migration across the desert there is a phenomena called "Rape Trees". Women and children have to pay their way and the trees are used as a sign of conquest. I know minutemen who have found little girls panties on these trees. 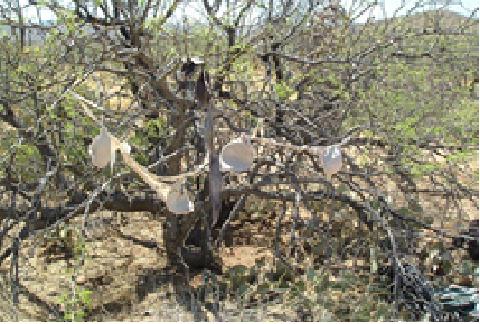 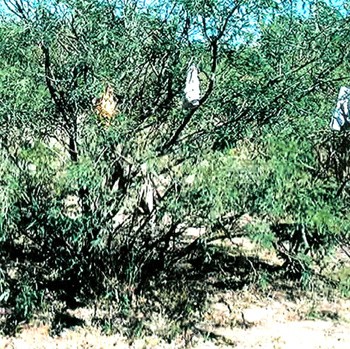 These men rape young American girls and boys thinking it is their entitlement.

About the Child Rape Camps of San Diego County, California - A Crime Against Humanity inside the U.S.A.

The articles here below describe one of the largest known child and youth sex trafficking cases in the United States to date.  In one of several related cases, hundreds of Mexican girls between 7 and 18 were kidnapped or subjected to false romantic entrapment by organized criminal sex trafficking gangs.  Victims were then brought to San Diego County, California.  Over a 10 year period these girls were raped by hundreds of men per day in more than 2 dozen home based and agricultural camp based brothels.

and protect their sex slave camps of children.

An illegal-alien day laborer who attacked an American photographer at a notorious San Diego day labor site in 2006, was awarded $2,500 in damages for "defamation per se" by Judge Ronald Styn in a non-jury trial in San Diego Superior Court on April 15.

With the US Government program, Planned Parenthood offering free abortions, the young teen birthrate has decreased but still exceeds other races.

Welcome to the Balkanization of America!

Permalink Reply by paul collings on April 13, 2011 at 18:05
the question has to asked, is it to much for the men of this world to stand up for our sisters, daughters, our Mothers. Why don,t we have a world wide Womens strike. Thats half the worlds population. Just stay at home with a lap full of chocolate, and watch the telly.

I don't know: I might suggest that Women in Love become weak(er) and loose their Power. While female Singleness is still seen as an Illness, and None would listen to a ... free ... Woman.

Mothers of Sons would do Everything to assure their Descendant to have a ... Mother ... by their Side, therefore (if their were Feminists) as soon as they have a Male, they become ... Maschilists.

[The only Man on Earth who loves them: why should they treach him, fighting for Womens'/Females' Rights. Better to keep their "beloved Man" dear. (Yes, as sad as this).]

Daughters: what can they do by themselves? While they're underage, they are (unluckily) submitted to their Parents, where the Father would do Nothing to free the Girl,

and the Mother, in order not to become a Single, would rather defend the Father/Husband, than the Girl.

Men's Abuses on Females are of such a Violence, that often Wives, Kids, are unable to escape, the formers because emotionally depend on the Male(s),

the latters because they have no Power (and Mothers rarely help).

It is still a Matter of Education (if a Mother delivers a Boy, hurray, if she delivers a Girl, hem-hem), and of Lack of Strenght from Females (they usually do not got Military trained), and it depends from social Factor (Ideas about Singleness and that say "if a Woman/Female is not attractive, she worthless. She might find a Place at Home, washing-cooking-serving.)

Female Strike depends on their emotional Condition: almost every Woman wants to be loved, and appreciated, and most of them would do anything to look attractive, to inspire Love (that's what they think),

and if other Women fight (against Maschilism) and are hated, the formers will think "hey, that's the perfect Situation to have less Concurrence", so they ally with the Men and abandon their Sisters, and Daughters, and so.

A Man told me: Bitches are (the) true Women. [Now imagine what should he, and other like him, think about a Warrior?! In his Imaginary the latters aren't even Females, why should they be entitled to fight for Women's Rights? Pfuì! (...)]

All in all, emotionally disturbed Women/Females (or emotionally weak ones, like Girls/Children) will be eating Chocs and watching TV (or going Shopping or cooking for - grownup - Kids),

instead of fighting for their Rights.

Most of the Women are emotionally disturbed, but this has to do with their Childhood's Life Experience,

[not to mention that even Maschilists, and Everyone, was strongly mentally shaped in his/her Childhood: if this remains unconcscious,

as it remains for most of the People, None would do Something for Things/Mentality to change.]

I've Nothing more to add: I think I didn't even answer to your Question -> why we do not strike.

[I will think over it]

Bye and have a good joyful Day/Night.